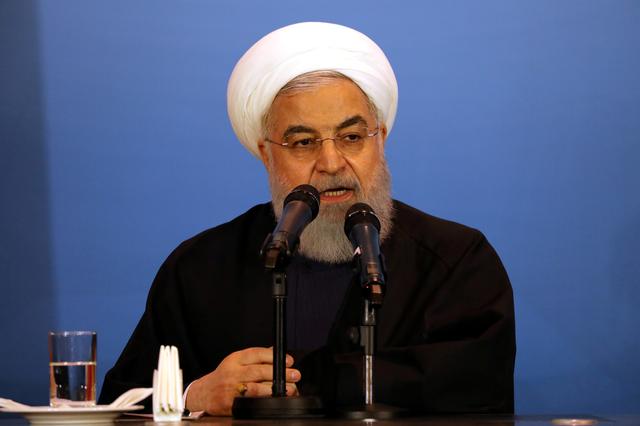 (Reuters) – French President Emmanuel Macron warned his Iranian counterpart on Saturday that he was deeply concerned by any further weakening of the 2015 nuclear deal and warned that consequences would follow.

Macron, who was speaking to Iranian President Hassan Rouhani a day before Iran is set to increase uranium enrichment purity above the limit set by Iran’s deal with world powers, said he wanted to push dialogue between now and July 15 to bring all sides back to the negotiating table.

“The president recalled his deep concern in the face of the risk of a new weakening of the 2015 nuclear accord, and the consequences that would necessarily follow,” a statement from the French presidency said.