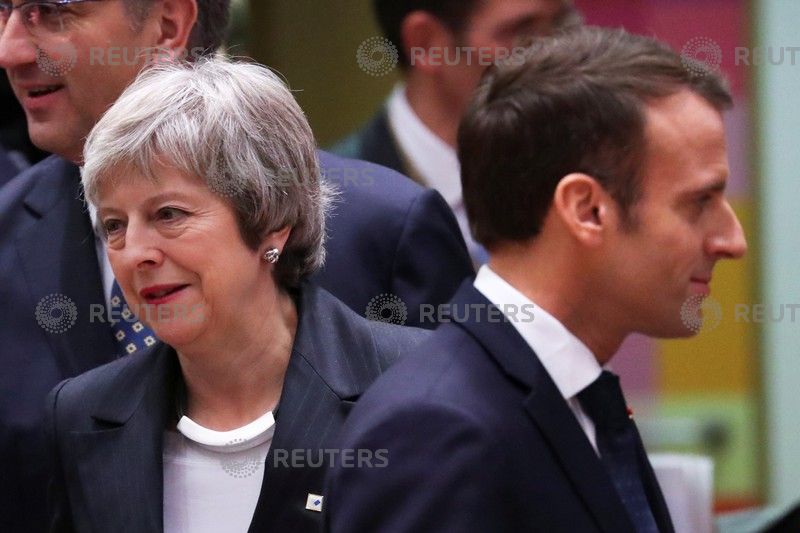 BRUSSELS (Reuters) – French President Emmanuel Macron said on Thursday it was up to British Prime Minister Theresa May to come up with a solution to get the Brexit deal through parliament, and that the agreement could not be renegotiated.

“We can have a political discussion tonight, but the legal framework and the agreement that were negotiated are not supposed to change,” Macron told reporters ahead of a European summit in Brussels.

“It’s important to avoid any ambiguity: we cannot reopen a legal agreement, we can’t renegotiate what was negotiated for several months,” he said.

“It’s up to Theresa May to tell us what political solution she expects to pursue to find a majority for this deal.”