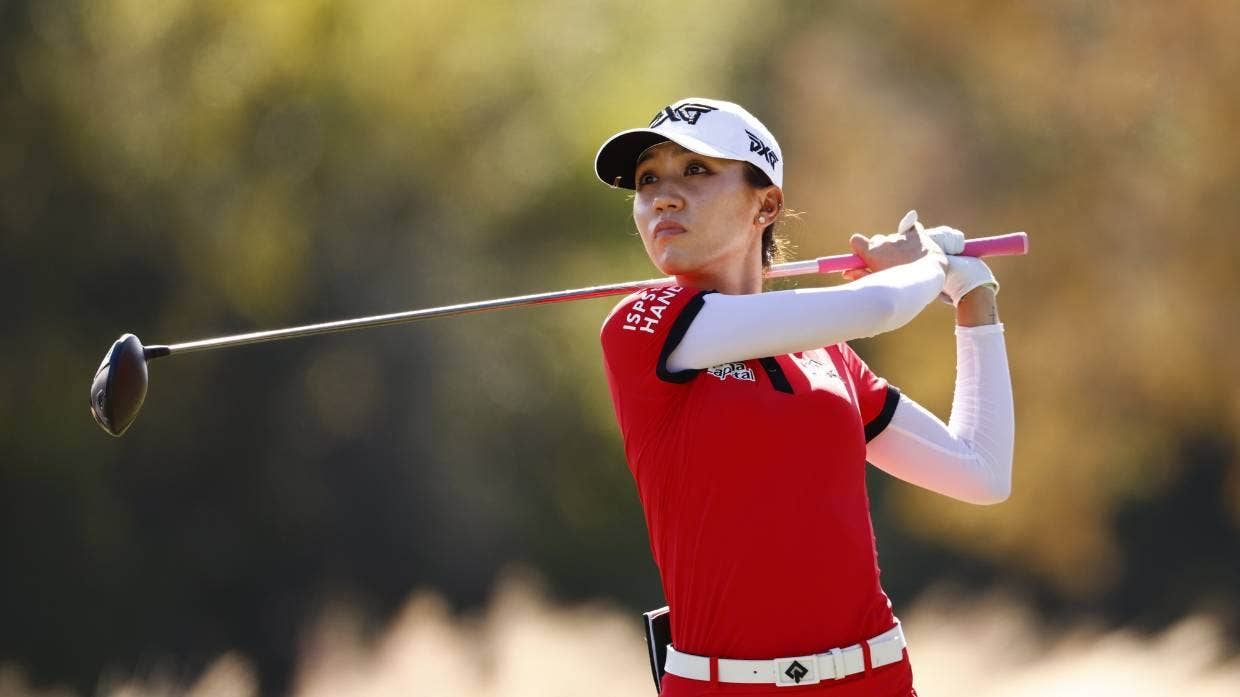 Lydia Ko of New Zealand plays her shot from the third tee during the second round of the CME Group Tour Championship at Tiburon Golf Club in Naples, Florida. MICHAEL REAVES/GETTY IMAGES

Lydia Ko remains right in contention for the US$1.5 million (NZ$2.1m) winner’s cheque in the LPGA Tour Championship in Florida, after another impressive sub-70 round on Saturday (NZT).

New Zealand’s world No 5 reached the halfway stage of the lucrative US$5 million tournament at Tiburon Golf Club in Naples at seven-under-par, after signing for a four-under second round of 68.

That placed Ko just two shots off the pace on a crowded leaderboard, with some of her rivals still on the course.

Ko backed up her first round 69 with five birdies in her second round, and her only blemish on the par-four 15th when she made bogey. She bounced back with birdie on the par-five 17th.

Her playing partner Jin Young Ko of South Korea shot 67 to be the clubhouse leader after 36 holes, on eight-under for the tournament.

Lydia Ko continued her hot form in 2021 which included 10 top-10 finishes, the latest when runnerup to world No 1 Nelly Korda in a four-way playoff on Monday (NZT).

That boosted Ko’s career earnings to US$12.25 million, moving her into the all-time top-10 on the LPGA Tour money list.