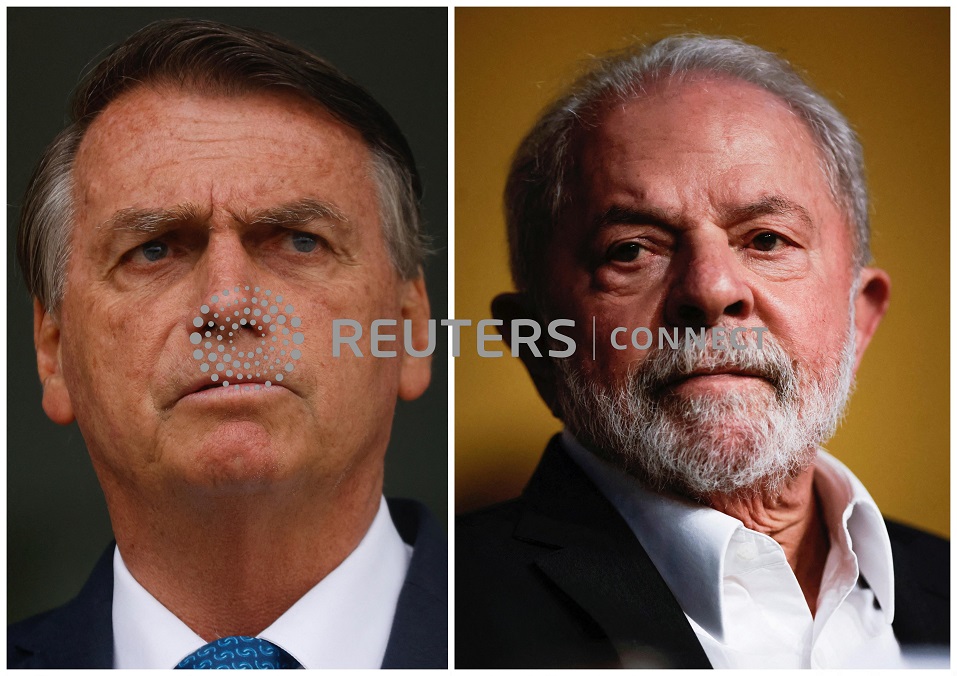 Combination picture of Brazil's President and candidate for re-election Jair Bolsonaro during a news conference at the Alvorada Palace in Brasilia, Brazil, October 4, 2022 and Brazil's former president and presidential frontrunner Luiz Inacio Lula da Silva during a meeting of the Brazilian Socialist Party (PSB), that officially nominated him as the candidate of the party, in Brasilia, Brazil, July 29, 2022. REUTERS/Adriano Machado and Ueslei Marcelino

SAO PAULO (Reuters) – Leftist Brazilian presidential candidate Luiz Inacio Lula da Silva is leading right-wing President Jair Bolsonaro, with 49% of voter support against the incumbent’s 44%, ahead of an Oct. 30 runoff vote, according to a poll published on Friday.

The survey by pollster Datafolha was conducted Oct. 5-7, interviewing 2,884 people with a margin of error of 2 percentage points up or down. Datafolha was one of several polling firms criticized for underestimating support for Bolsonaro in the first-round vote on Oct. 2.