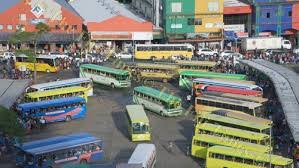 The LTA bus monitors had been carrying out the exercises between the Suva–Nausori corridor during peak periods.

In a statement yesterday, Mr Simpson said the effect of those activities by bus drivers opened up the opportunity for minibuses, illegal and licensed taxis to pick up intending bus passengers waiting at shelters along the route.

This, he said, denied the bus operators the revenue to which they were entitled.

“The effects of these activities by bus drivers are to open up gaps in the services as buses ply along the Suva-Nausori corridor in packs. This is a major contributor to unreliability and is in contravention of the RRL licence; the timetable particulars of which are an essential part of the licence,” he said.

“Bus drivers must ensure that they treat their customers with courtesy and care at all times.

“All customers intending to board a bus at a recognised bus stop must signal their intention to board the bus. Bus drivers must carry out a first user check of their bus before leaving their depot/yard, before taking up service. Bus driver defects are to be noted to the bus operators in writing.”

Mr Simpson said additional bus compliance checks would be carried out in future and the authority would not hesitate to issue traffic infringement notices (TINs) to drivers and where operators were condoning early running, buses in convoys, extra unauthorised buses being used and buses racing to bus stops would be called to show cause meetings.