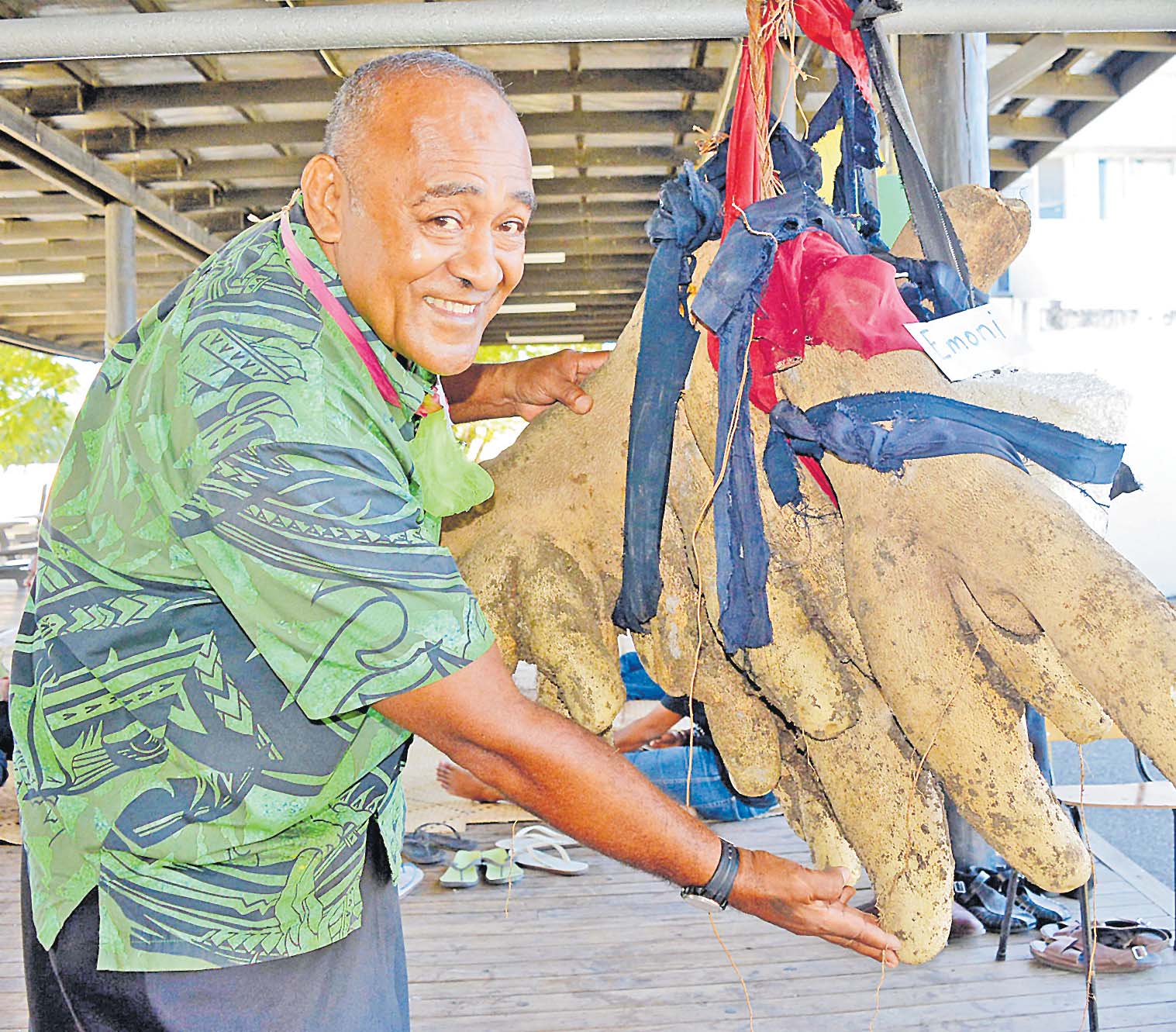 EMONI Lebaivalu has travelled extensively to most maritime parts of the country during his tenure as a secondary school teacher.

During this time, he fell in love with yam planting and its different methods used in most of the islands he had spent a few years on teaching.

Originally from Qarani in Gau, master Lebaivalu has for the past years plied his trade with the Fiji National University Natabua Campus as a lecturer in Education.

By this time, he already had practised some yam planting methods at his home.

So joining FNU was an added asset and he looked forward to sharing his knowledge, particularly to young iTaukei students who may have lost interest in something that was viewed as an important aspect of life by their ancestors.

A week ago, master Lebaivalu stole the show at the FNU Natabua Campus Yam Show as his harvest stood out from the rest.

“I am glad to be part of the Food Security Farmers and Wellness Club to share some indigenous knowledge about yam planting to students and colleagues,” Mr Lebaivalu said.

“The King of the Crop’ — Yam has special significance in the iTaukei Fijian calendar where people observe and practise different rituals from planting to harvesting in the three different confederacies Kubuna, Burebasaga and Tovata.

“Most indigenous iTaiukei growers refer to the Fijian year calendar about the best months for planting and harvesting and also maintaining sustainable practice related to yam.”

The former schoolteacher shared that some skilful yam farmers believed that yam could be planted all throughout the year while others had reasons to differ, deciding the best month for planting for certain occasions. “Chinua Achebe states that

“Yam King of the Crop… are an exacting crop” (Chinua Achebe) and I believe this is because of its unique characteristics when compared to other tubers and root crops like dalo, kumala, cassava and dalo ni Tana.”

In his explanation, Mr Lebaivalu says the month of February is when the yam gardens mature and the offering of the first produce is done to the chiefs and to God as a customary acknowledgement and recognising the status of yams.

This is called “I sevu” which is still and is always the practice in Methodist churches today and in recognising God as the source and provider of life.

Though there are many other farms produces like dalo, cassava, kumala, vudi ad breadfruit, Mr Lebaivalu believes yam remains the king of crop and should be a compulsory part of the presentation in all ceremonies.

“When yam is missing, we know the vanua is dwindling in its resources base and knowledge.”

In the iTaukei calendar, the month of May is when most yams mature and harvest begins.

Yams begin to sprout in the months of September and trellis should be provided for yams to creep and to support the crop.

The Gau native shared these were some basic ideas farmers and yam planters should know and anyone can adjust and adapt to the changing weather patterns to get the best yield possible in any cultivating year.

“Indigenous yam cultivation knowledge has developed over the years especially in the provinces of Lau, Lomaiviti, Ra, Ba, Cakaudrove, Bua and Macuata where many have adopted different methods of cultivation to suit their purpose.

“I strongly believe that this is indigenous knowledge where a yam farmer plans to plant his/her crops and to harvest during the month the farmer wishes to harvest to cater for the purpose intended.

“Food bank is now a common vocabulary where yams are stored to be used later in the year during the disaster period. Yam banks are called “lololo”.