Love for classics behind support 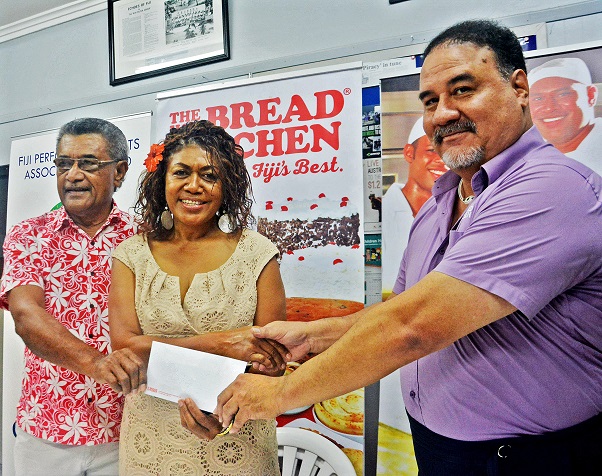 THE Fiji Performing Right Association (FPRA) received yet another boost to its preparation for its annual awards night.

This was after Hot Bread Kitchen (HBK) handed over $10,000 to event organisers yesterday for the show in May.

The contribution is expected to fund the best composition category at the awards — one of the major awards that will be presented on the night.

HBK director and acting chief executive officer John Samisoni said the company decided to support the FPRA because of his mother’s (businesswoman and politician Mere Samisoni) fondness of local music and classics.

According to Mr Samisoni, the company had supported FPRA over the past two years and the move to invest in local music was not only one of deep sentiment, but also of business proficiency.

“FPRA is a non-profit organisation and we rely very heavily on the kindness that these businesses share when they support us in hosting these music awards,” he said.