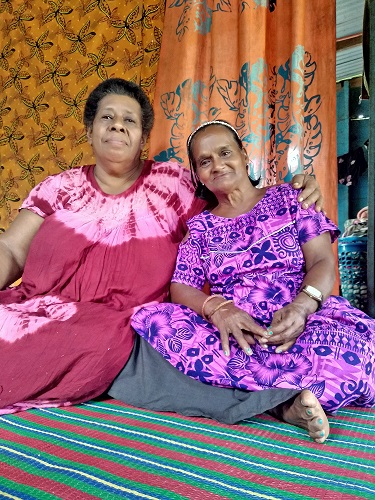 MORE than 35 years ago, Fatima Bi, now known as Fatima Kalouniviti, boarded a bus and headed straight for the Labasa Market to escape a violent household.

She had no idea where she’d go to for help, but she knew she had to flee from such an environment.

With her faith that God remained on her side, she found the answer to her prayers at the market.

Ms Cabemalua was the answer to her prayers after she adopted her.

Today, at the age of 61, Fatima lives with her new mum and iTaukei family in the village.

“I knew her when she was a kid and we used to live in the same area at Galoa, Labasa,” Ms Cabemalua said.

“That day, it would have been in the 1980s and Fatima was in her early 20s when she approached me at the market and shared her story with me.

“I felt so sorry for her and because I knew her from Galoa, I offered to help her and I took her home. My husband and only daughter had no problem at all.

“She has remained with my family and we treat her like our own daughter.”

For Fatima, living with her iTaukei family has been the best decision she made.

“I don’t feel like a stranger at all. My iTaukei family members never differentiate me and treat me like their own,” she said.

“I speak the Labasa dialect fluently and I call Noame ‘na’.

“My ‘ta’ Manoa Kalouniviti passed away a long time ago so I have remained with my mum and am looking after her.

“I believe that love can conquer all things irrespective of race, religion and colour.”