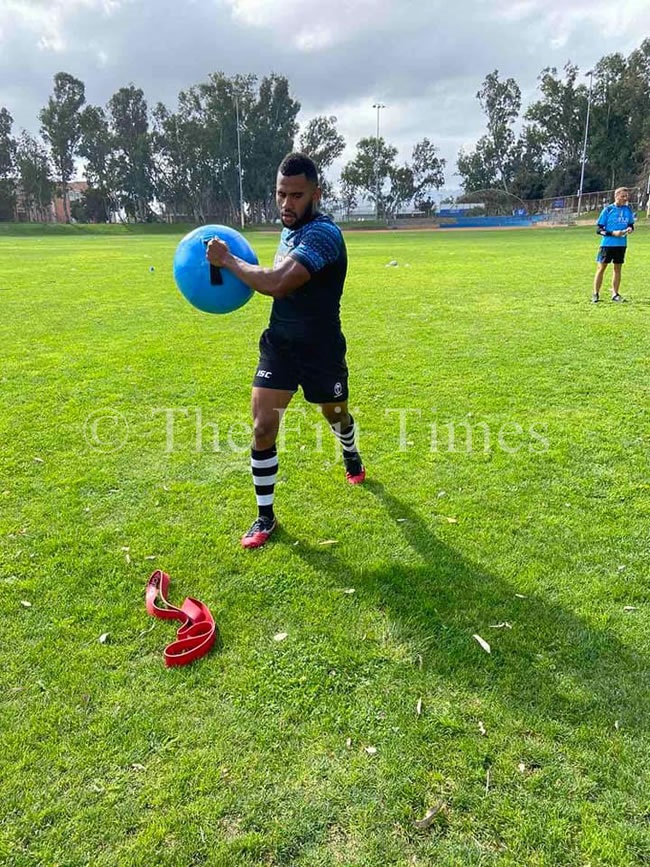 FIJI 7s coach Gareth Baber expects the players to maintain their standard from the recent Sydney 7s victory with an aim to improve their performance in every tournament in the World Rugby HSBC 7s Series in the lead-up to the Tokyo Olympics.

Fiji will face South Korea, France and Argentina in Pool A during the Los Angeles 7s which kicks off this Sunday.

Fiji is currently placed fifth in the 2019/2020 series with the top four nations guaranteed a spot as the seeded teams for the Olympics.

Baber said he was aware of the implications the results of the upcoming tournaments would have in the pool seeding for the Olympics.

“I never look too much in advance but I look at in relation to what we need to do to get better and progress from tournament to tournament,” he said.

“We came off with some good play in Sydney, but it wasn’t as perfect so we are looking at developing our game. It is important that players stay at that standard. These next games are a progression in our season.

“Obviously I know that there are outcomes attached to it, but my thoughts focus on what the players need to do to get a win. I know that if we get a win then we will climb the table again and then that top four seeding has implications. The boys know about it but really when you get closer to a tournament you pull away from that and just go through the process and identify the areas you know that you have to be on your game when it comes to tournament.”

Fiji has a lost twice to Argentina in the series this year and also went down to France in the third and fourth place playoff in the Cape Town 7s. Baber said there was danger across the board in every tournament.

“We haven’t reacted that well when we have played Argentina and lost twice to them. We lost to France as well in South Africa so we know that it hurts and we want to make it right, ” he said.

“Is not just a matter of going out there with the belief that it will be different. You will have to make it different. We know that we will have to work hard and make sure that we are accurate with the bits of the game that we need to get into our game.

“So the restarts against Argentina are a big one and we need to be prepared. We have look after our game and repeat the performances of our game we had in Sydney to achieve our goal.”