Look Back: Splash of victory 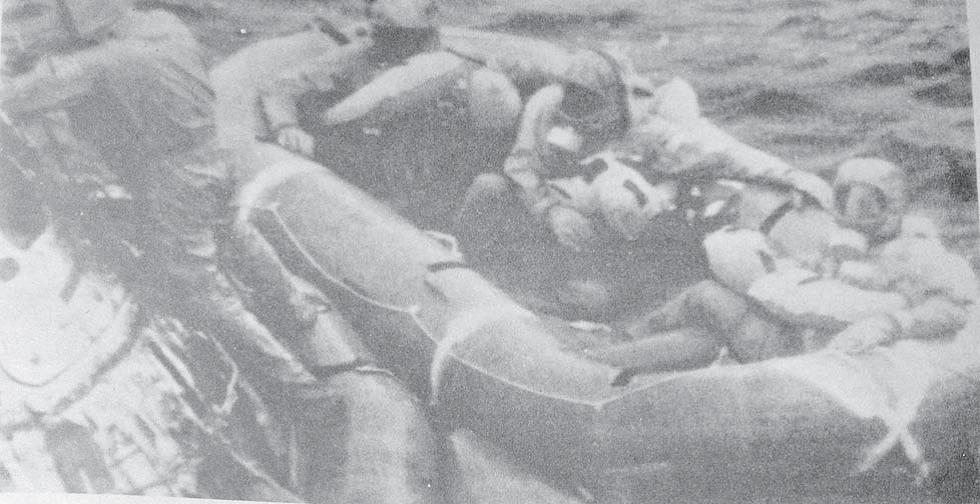 The Apollo II lands in the Pacifi c Ocean in 1969 after completing its historic mission to the moon. Picture: FILE

Apollo II’s astronauts, their footprints stamped forever in history, splashed down “in excellent condition” on Friday morning, making good America’s commitment to walk on the moon in the 1960s.

It was a long way from the moon’s Sea of Tranquillity to the earth’s Pacific Ocean – a quarter of a million miles, give or take a few.

A beaming President Nixon was aboard an aircraft carrier in the Pacific, when the epic voyage of the three explorers came to its end.

The American Apollo II astronauts made it safely about 4.55am on Friday 25, 1969 Fiji time.

And it was a splashdown into the waters of the Pacific this time, not a touchdown on the waterless dusty plateau that was the moon landing site.

The picture showing the three astronauts wearing their decontamination suits and sprawling comfortably in a life raft after the crammed quarters of their space capsule, which bobbed beside them with a frogman on the outside, was seen all over the world.

The astronauts were picked up by the USS Hornet about 1000 miles south-west of Honolulu.

Neil Armstrong, the first man to set foot on the moon, gave a victory smile through the window of the quarantine room above Hornet.

He wore a badge above his NASA insignia read: “Hornet plus three”.