Look Back: Jiko is the first woman dentist 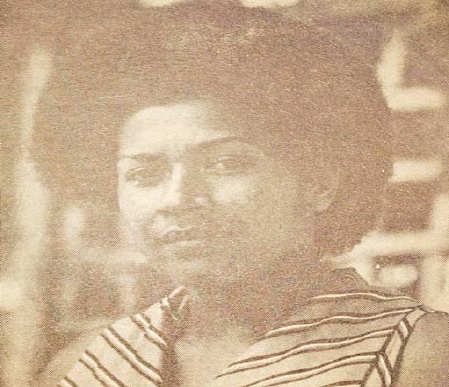 When choosing a career, Jiko Yasa liked the challenge of dentistry and went on to become the first woman dentist in the country.

In charge of the Nausori Dental Health Clinic in the 1970s, Dr Yasa’s responsibilities included the care and treatment of oral health to among people of the entire Rewa district.

“The only dental problem most people recognise and seem to do something about is toothache and this is the only time they see a dentist,” she said.

In an article reported by the Fiji Times on December 4, 1976, her first year in Nausori, Dr Yasa and a hygienist worked two days a week at the local clinic.

“They fail to realise that apart from dental decay rural people suffered more from diseases of the gums because of poor oral hygiene that could be cured easily if treatment was sought early.”

“The rest of the week I drove the dental mobile to Korovou and Lodoni health centres, attending to all dental patients and visiting schools as well,” she said. Later, with the introduction of three new therapists and a dental assistant, the clinic expanded.

“We formed two teams, one to take charge of the mobile clinic to visit all schools in the area.”

The other team, with Dr Yasa, managed the main clinic at Nausori two days a week and on Saturday mornings.

“The rest of the week was for the needs of rural people and schools,” she said. Dr Yasa and her assistant therapist visited Korovou, Lodoni and Wainibokasi health centres besides other settlements and villages.

“But the more people I educate on oral health the happier I feel,” she said.

At the Nausori Dental Health Centre on Tuesdays and Fridays she treats emergency cases. Patients seeking restorative treatment -filling and cleaning- were given appointments for Saturday mornings.

“The trouble with most people is that they come to the clinic when they have severe toothache and the disease has gone so far that it is only relieved through extraction,” she said.

Dr Yasa maintains that if people come for examination and sought preventative measures they would save their teeth and much trouble at a later date. She often visited women’s clubs to talk about oral health.

“Mothers play a major role in influencing their children to form the habit of brushing their teeth.”

In 1964, her final year at Adi Cakobau School, she heard a careers talk by Dr Allerton, then chief dental officer at the Colonial War Memorial Hospital in Suva.

“He mentioned that there were no woman dentists in Fiji. I always wanted to work in the medical field and took it up as a challenge.”

After a three year course at Central Medical School, she graduated in 1967. A two year internship followed at CWM Hospital dental clinic.

In 1975, Dr Yasa attended a conference on dental public health in Malaysia and Singapore organised by the World Health Organisation.

That year, she was invited by the WHO to attend a workshop in Malaysia to formulate guidelines for an educational approach to oral and dental health. A keen golfer, Dr Yasa won several trophies in various competitions around Suva.

“I have always been interested in sports, played softball, volleyball, netball and took part in the second South Pacific Games in New Caledonia,” she said.