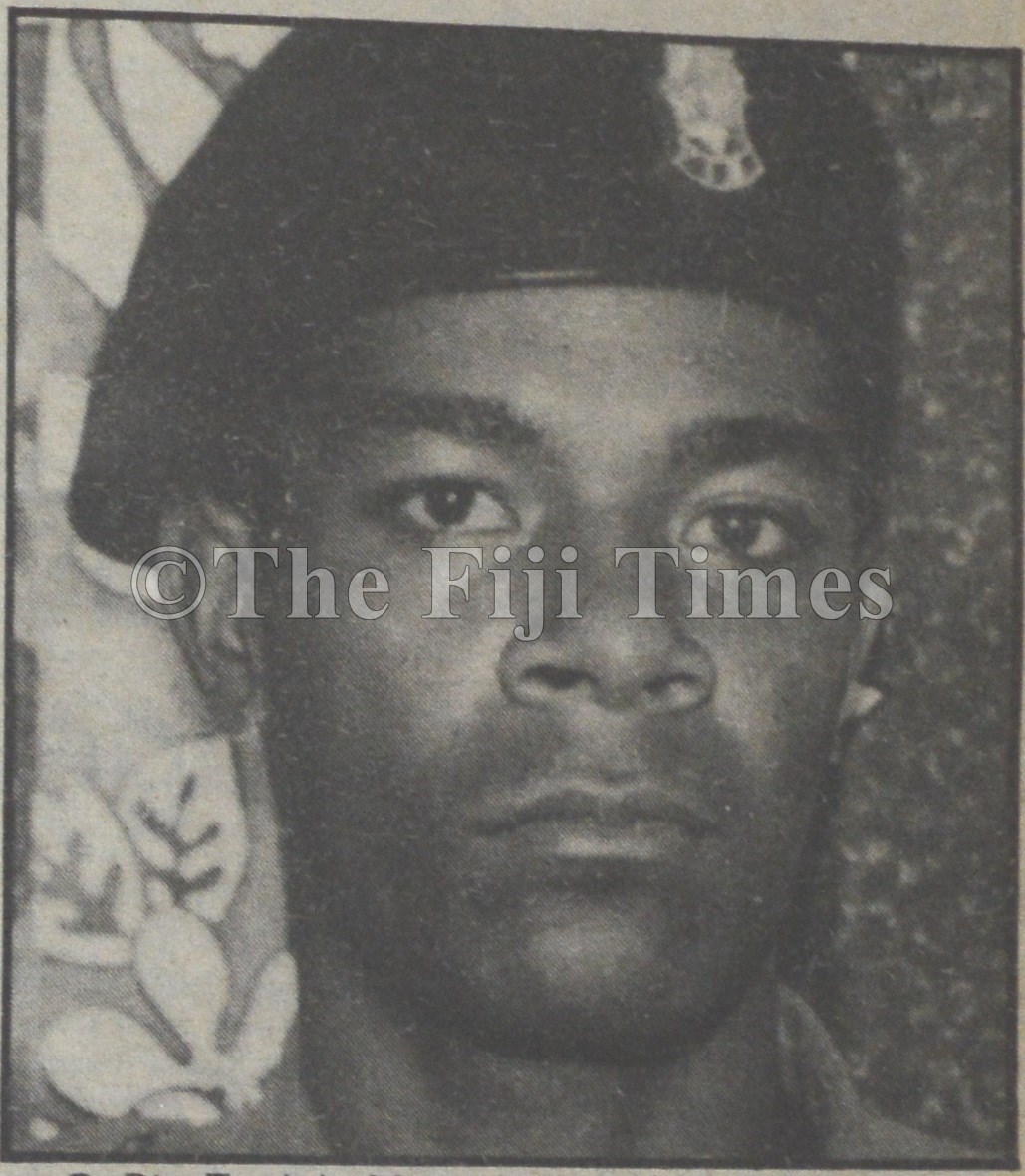 A Fiji soldier in the Lebanon peacekeeping force was shot dead by gunmen from the Israeli-backed LAUI organisation in an ambush, The Fiji Times announced on May 31, 1983.

Private Taniela Momoivalu, 25, of Wailevu, Kadavu, died in a fierce gun battle between a group of Fiji soldiers and the Lebanese gunmen belonging to LAUIA, when the Fiji troops tried to rescue two of their comrades trapped by the LAUI.

Pt Momoivalu was the son of Inspector and Mrs Simione Momoivalu, of Namaka Police Station.

The LAUIA organisation was understood by the United Nations to stand for the Lebanese Armed and Uniformed by the Israeli Defence Force, one of the many warring forces in war-torn Lebanon.

A Royal Fiji Military Forces communique issued in Suva on May 30, 1983, said a FIJIBATT officer and his driver were returning to Qana after settling a dispute at a Fiji checkpoint, when they were ambushed by about seven gunmen from positions inside a building near the road.

The officer and his driver took cover in the area and were continuously fired at.

At about 6pm, an “A” company rescue party approached the position where the men were trapped.

While the Fiji soldiers were still manoeuvring into position the Lebanese gunmen opened fire at them.

The FIJIBATT soldiers returned fire and Pte Momoivalu was killed.

FIJIBATT reinforcements were rushed to the area and surrounded the building where the gunmen were hiding, the RFMF communique said.

The two soldiers were rescued without harm and the Fiji soldiers surrounded the Lebanese gunmen in the building.

Pte Momoivalu’s death brought to 16 the number of Fiji soldiers who had died in Lebanon since 1978, when Fiji joined UNIFIL.

At Nadi, relatives of Pte Momoivalu, were gathering at his father’s house while his widow, Salanieta, was told of her husband’s death at 12 noon.

She said her husband was to return to Fiji next month after serving about nine months in Lebanon. Pte Momoivalu was also survived by his two-year-old daughter. 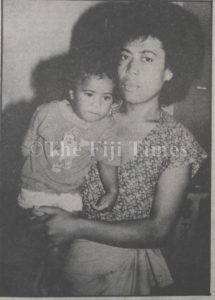 The widow, Salanieta, with her two-year-old
daughter, Joana, in Nadi. Picture: FILE