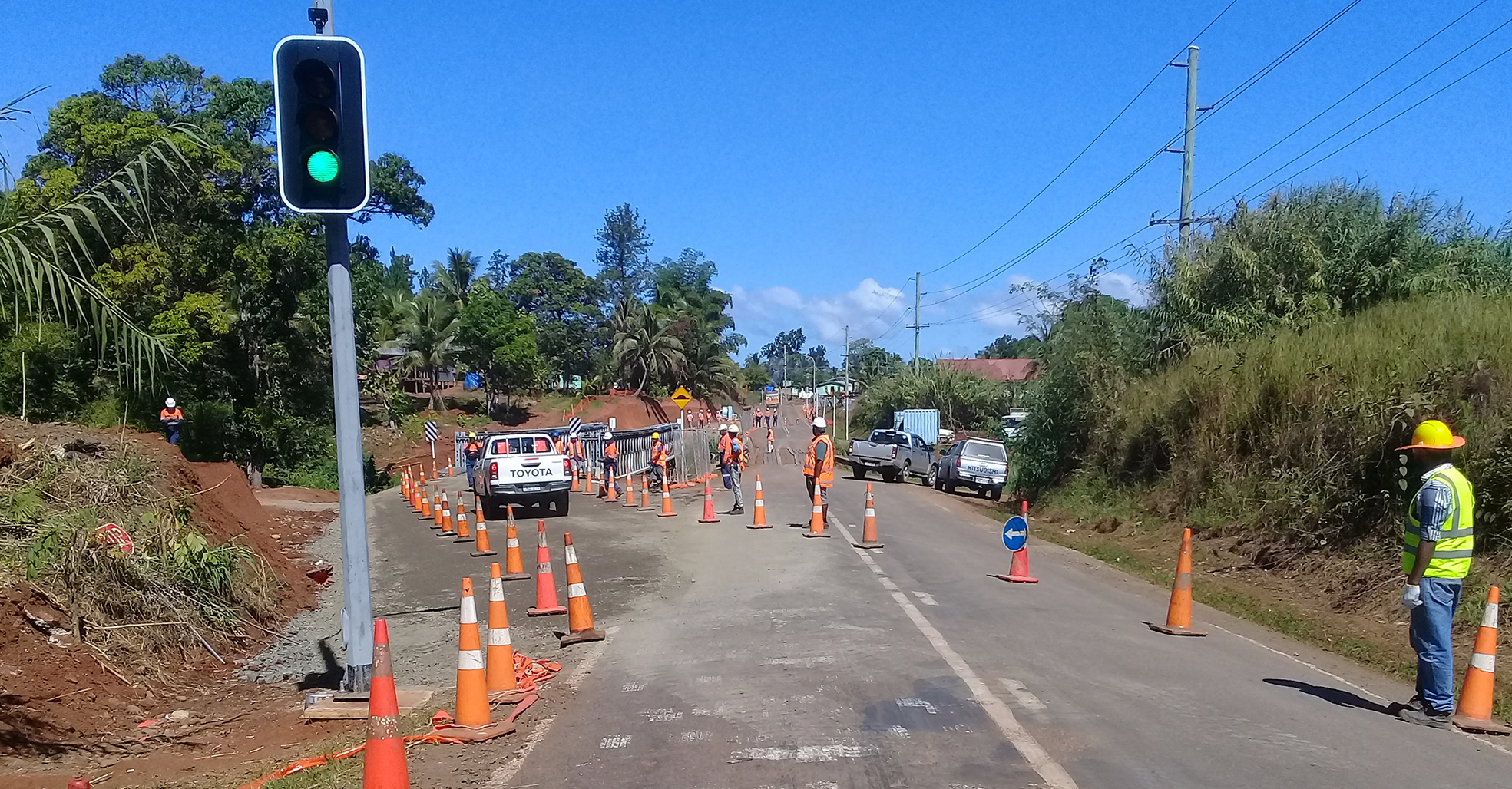 THE newly-constructed Bailey bridge in Seaqaqa was opened by the Fiji Roads Authority yesterday.

The bridge that sits at Vesidrua Village is the longest single lane Bailey bridge in the country with a length of 51.81 metres.

Passing vehicles will also be controlled by traffic lights installed at both ends of the bridge.

FRA chief executive officer Jonathan Moore said the old bridge in the area would be demolished.

“Work on the permanent bridge will immediately start with the demolition of the old bridge first,” Mr Moore said.

“The planned completion of the permanent bridge is by July 2020.”

A maximum weight of 18 tonnes across the Bailey bridge, introduced three months ago, will remain.

“The temporary Bailey bridge can sustain legal loading but because the adjacent Korovula bridge (past Vesidrua Village towards Savusavu) is restricted to 18 tonnes, then the 18 tonnes restriction has to be maintained until the Korovula bridge is also replaced (within three months),” Mr Moore said.

“The temporary Bailey bridge is controlled with traffic signals and vehicle users were advised to follow the signals.

“Motorists are advised to drive as per the posted speed limits and comply with the legal load limits.”

The speed on the approach road is controlled to 30km/h while on the Bailey bridge the speed is 10km/hr.