Lomary up for the task 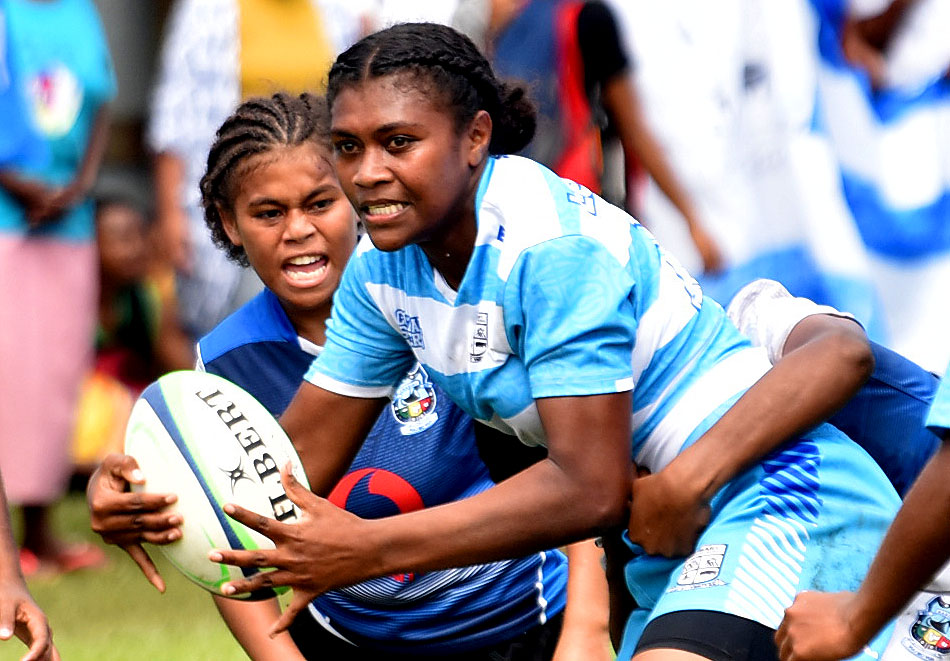 The Fiji Rugby Union has set the platform for women’s rugby with the introduction of the WeetBix Raluve Trophy competition and the under-18 Lomary Secondary School ruggers got off to a winning start last Saturday over their Nasinu Secondary School counterparts.

“Our game plan last Saturday against Nasinu was simple, to be fast on our feet and get into their faces before they attacked and it worked for us,” said Tawake.

“In the first half I told them to shut down their attacking lines knowing that majority of their players played rugby league for the school. And then in the second half I told them to use our players out wide and I am happy that the girls stuck to it and we got two tries out of it.

“I am happy with the way they showed commitment during training and to their school work. At the beginning of training, I gave them pieces of paper on the different positions in rugby and the roles they play and I am happy with the way we performed against Nasinu. It shows the dedication shown for these young ladies, however, academics is our first priority and I thank the school for putting together a timetable for these girls to balance school and sports since we are currently conducting exams.”

Tawake, who was the Macuata under-20 coach in 2016 when they reached the Skipper Cup semi-final, said he had to teach his players the basic rules of rugby as many of them came from an athletics background and had never played the sport before.

“When we started training back in term one, there were a lot of interested players. We initially had 65 players showing up to training but unfortunately we could only register 35 players for the Raluve competition.

“It is good to see the sport grow for women and these young ladies, especially after their medal winning performances at The Commonwealth Games and 2020 Tokyo Olympics, plus the success of the Rooster Chicken Fijiana Drua.

“Many of these young ladies see it as a possible career and are following the footsteps of an old scholar of the school and Galoa lass, Ana Maria Naimasi. She is family to many of the players in our team and it is good to see them striving just to be like her. These are the heroes our girls need and the FRU has set a pathway for them to reach a better place through sports.”

Last Saturday, the team’s management used close to $1000 just to get the young girls to Suva to compete and Tawake said this did not deter the players to perform well on Saturday.

“Our coaching team and their parents have been working together to raise funds to get these players to come over and play. We do our own fundraising to aid us in transportation, meals and first-aid kits to allow these players to showcase their talents and we see it as an investment, not only in the sport but for their future as well. We spend roughly $500 return fare and we thank the Fiji Secondary Schools Rugby Union in refunding us $250 for coming to take part. I know this is a large amount of money being used for one day but it is being done to benefit the young ladies who would go on to don the national colours in the near future.”

Tawake urges family members and old scholars to back his girls as they take part in the first-ever WeetBix Raluve Trophy competition.

“I urge all parents, family members and old scholars of Lomary to come and support the girls when they play each week. To come all the way from Galoa to play is such a big ask for these players and your support at the ground will mean a lot to them.”