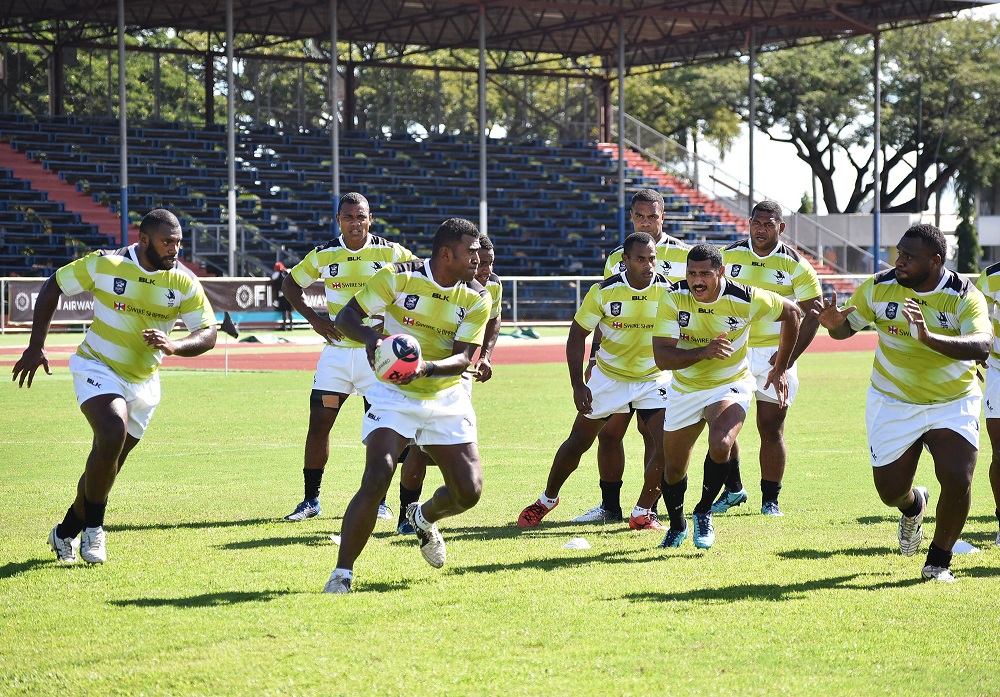 ROBUST scrum half Frank Lomani will boost the Swire Shipping Fijian Latui team against the Western Force in the Global Rapid Rugby Pacific Showcase Series at Churchill Park in Lautoka this afternoon.

Lomani, who is the GRR Pacific Showcase marquee player, has recovered from a shoulder injury he sustained playing for Naitasiri in the Skipper Cup competition against Nadi.

Fijian Latui coach Senirusi Seruvakula has made nine changes to the starting line-up which played against Kagifa Samoa last week.

With the luxury of depth in the squad, Flying Fijian hooker Mesulame Dolokoto has been benched giving fellow national squad member Tuvere Vugakoto a start.

Lock Tuifagalele Soro, flanker Elia Canakaivata and number 8 Johnny Dyer have been included in the forward pack while former Fijian 7s speedster Joeli Lutumailagi will feature on the wing.

Seruvakula said these players had been playing well for their provincial teams in the Skipper Cup.

He said they had great potential to match an experienced Western Force side.

“Frank’s inclusion will boost the side as he brings experience while Lutumailagi will add power and pace on the wings alongside Apisalome Waqatabu,” Seruvakula said.

Swire Shipping Fijian Latui is looking forward to continue its winning form in the GRR after defeating Kagifa Samoa and is wary of their opposition.

Seruvakula said the Western Force was an experienced team and had adapted to the rules of GRR well.

“They will come out firing at us,” he said.

“We need to be more determined and avoid basic errors which we made last against Kagifa Samoa last week.” Swire Shipping Fijian Latui will face the Western Force at 3.10pm.

The Vodafone Vanua Championship local derby between Lautoka and Yasawa will be the curtain-raiser starting at 12.15pm.