Lomani chases for a spot in Rugby World Cup team 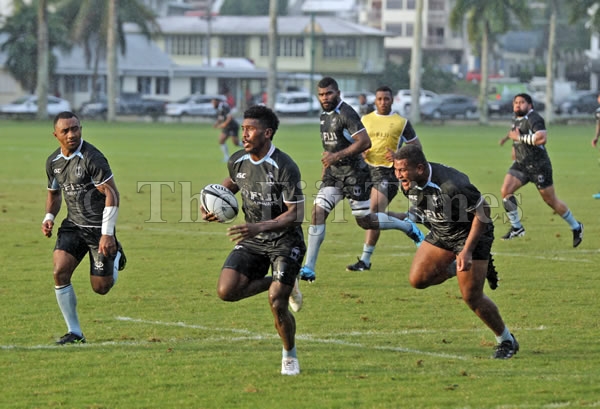 Frank Lomani runs away from the defence during the Fiji Airways Flying Fijians training session at Albert Park in Suva. Picture: JONACANI LALAKOBAU

Naitasiri halfback Frank Lomani is looking forward to the challenge of getting into the Fiji Airways Flying Fijians team for the 2019 Rugby World Cup.

Lomani recently signed a contract with the Melbourne Rebels to play in the Super Rugby competition.

The Naitasiri rep said it was a dream come true to play Super Rugby.

“Apart from the Melbourne Rebels, I’m focusing on the next game against the NZ Maori All Blacks and the Pacific Nations Cup,” he said.

Lomani said preparations had been going well ahead of the two matches against the New Zealand Maori All Blacks after the training squad went into camp in Suva on Monday.

They have relocated camp to Sigatoka yesterday.

“This is a special moment for me to be included in the 2019 RWC training squad.

“I once dreamt that I will be here and here I’m.”

The 23-year-old is an ambassador of the Global Rapid Rugby competition.

I will be giving my best shot to be part of the final squad for the RWC.”