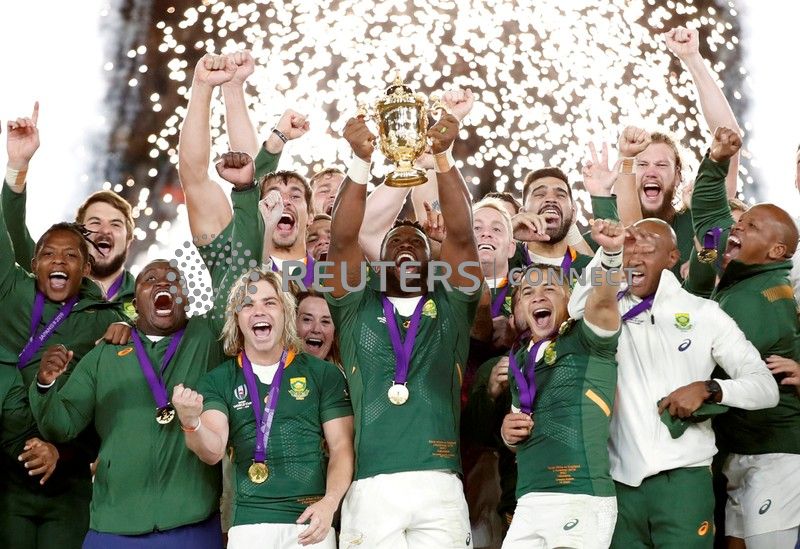 CAPE TOWN (Reuters) – South Africa lock Eben Etzebeth says new Springbok coach Jacques Nienaber is the right man to take the world champions forward and believes he has the backing of the majority of the squad that lifted the World Cup in Japan last November.

Nienaber was a virtual unknown when he was appointed by South African Rugby to take over from Rassie Erasmus in January but Etzebeth insists he is the right choice.

“I can honestly say that all 31 guys in that group would have mentioned Jacques’ name if they were asked who the next Bok coach should be,” the giant lock told South Africa’s Netwerk24.

“He worked under Rassie for long and knows exactly what it takes to be a head coach. Ever since I started working with Jacques at the Stormers in 2012, it was unbelievable for me how he got the best out of players. His defence strategies are at another level.”

Nienaber, 47, had been assistant to Rassie Erasmus at the World Cup, but is a rookie in the head coach role. Erasmus has returned to his position of Director of Rugby.

Nienaber had been the front runner to take over from Erasmus given their close relationship.

The pair have worked together previously at South African side the Stormers, as well as at Munster in Ireland. Nienaber was praised for tightening up the Bok defence ahead of their World Cup triumph.

His first matches in charge are scheduled to be two tests against Scotland and one against Georgia at home in July, though the COVID-19 pandemic means a decision on whether those games will go ahead will be made later in April.