Local vocal diva is back 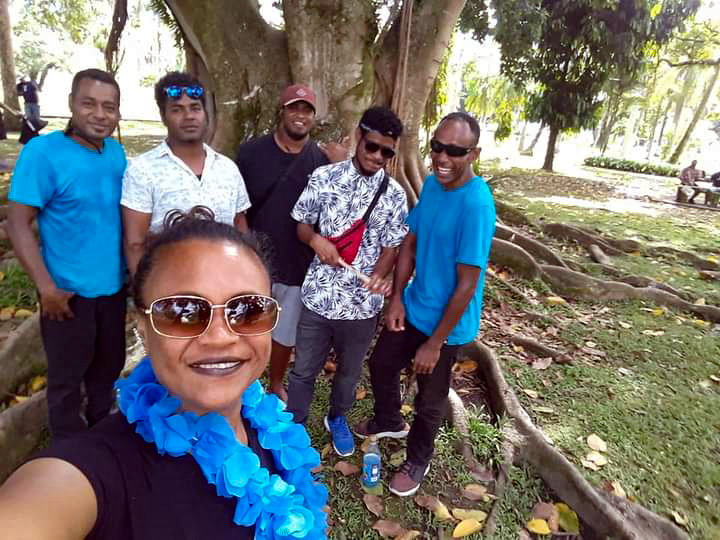 Georgina Ledua says she is both excited and nervous about performing at the Woodstock Uprising Music Festival 2020 on December 5 at Pacific Harbour.

The last time she graced the festival stage was three years ago under the banner of the band, Kulture.

“It’s different when I will be the one fronting the band this time around and the banner bears my name,” the 49-year-old diva shared.

Ms Ledua is widely regarded as the first lady of Fijian music with more than 30 years of live performances and nine albums under her belt.

In many respects, Ms Ledua is a music veteran but performing at what is expected to be a sell-out venue come December 5, has the butterflies fluttering in her stomach.

“I am excited about performing because it has been a while and Uprising is by far my favourite festival, nothing comes close to it – the atmosphere, the crowd, the sound, the lights, it’s just pure magic.

“But I am also nervous because a lot of the young ones have not heard a lot of my music and I don’t know how they will react to it.”

Ms Ledua burst on to the live music scene in 1995 and gave Fiji some her most memorable iTaukei tunes including Era Sa Voce, Vunitavola and many more.

And while she made her name in Fiji and across the Pacific with her string of vude hits, she is also one of Fiji’s meanest rhythm and blues, soul and jazz vocalists.

This year, she put together a band of youngsters in the hope of enticing the now generation to her hits of yesteryear.

Getting young and fresh musicians to recreate the music that made her famous over the past three decades has Ledua raring to go at the Woodstock Uprising Music Festival 2020.

“My band is PlayT and features some of Fiji’s most exciting new talents – guitarist Tavite, Mataika on drums, Kata on keyboard and Mido on bass guitar. These boys have really inspired me in so many ways.

“Because I will be performing a lot of my old hits, they have brought in a breath of new life to my music. It’s been a really interesting journey towards the Uprising Music Festival because they are learning how to perform my music and I am also learning from them through the new ideas they are bringing to my songs.”

When asked about what music fans could expect on her set list, Ms Ledua said it would be an exciting mix of old and new songs.

“The audience will get to hear all the songs that made me famous but they will also get a taste of the singles I am about to release.”

The Fiji Times is a media partner for the Woodstock Uprising Music Festival 2020.