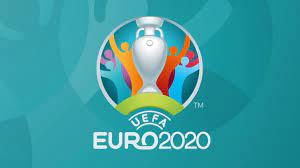 All matches from the UEFA EURO 2020 will be live on Sky Pacific. Picture: UEFA.

There’s a lot of interest and following by local football players and fans as they await the start of the UEFA EURO 2021.

The tournament, which was initially scheduled for last year, was postponed and will begin this Saturday.

Rews stopper Mohammed Alzaar said France will be the team to beat this year. He has predicted a France-Belgium final and the World Cup winners to come out victorious.

Labasa goal keeper Akuila Mataisuva who is yet to concede a goal in seven Digicel Premier League matches has also picked France to claim this year’s title.

France go into the tournament as hot favourites but face a tricky pool with matches against Portugal, Germany and Hungary.

Portugal are the defending champions.

The tournament starts this Saturday with Italy playing Turkey at 7am.