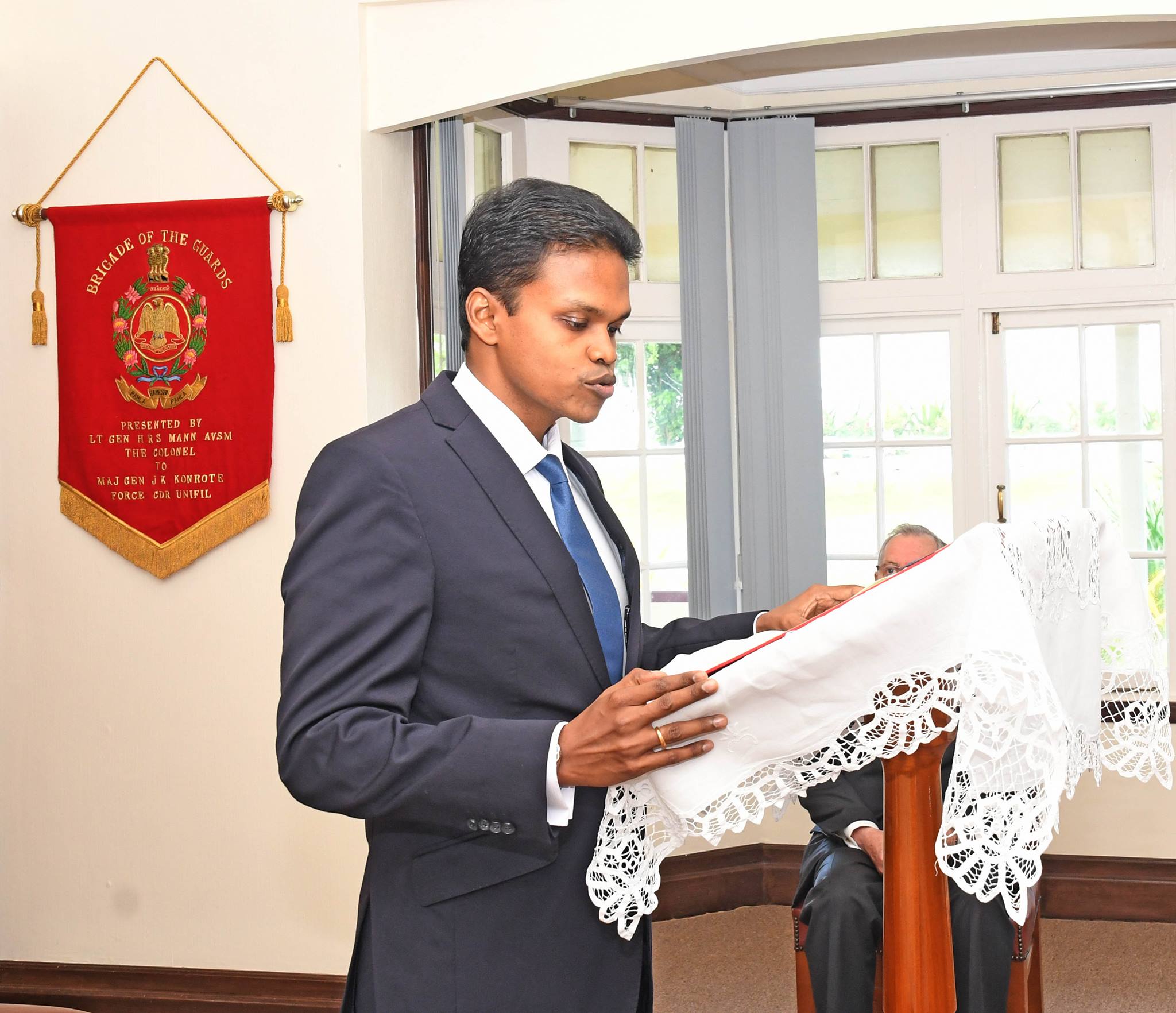 Justice Yohan Liyanage took the affirmation of office before the President Jioji Konrote at the State House. Picture: SUPPLIED

YOHAN Liyanage was sworn-in as a Puisne Judge at the State House yesterday.

Justice Liyanage who was officially sworn in by the President Jioji Konrote began his legal career after completion of legal studies with First Class Honors at Sri Lanka Law College.

In 2003 he was admitted as a Legal Practitioner in the Supreme Court of Sri Lanka and joined the Attorney General’s Department in Sri Lanka as a State Prosecutor and later appointed as a State Counsel in 2004.

Justice Liyanage worked eight years in this capacity before coming to Fiji and was a member of prosecution teams in many landmark cases in Sri Lanka.

In 2011 he joined the Fiji Judiciary as a Resident Magistrate and in 2013 was appointed to the Office of the Chief Registrar in Fiji.

He is currently the Chief Executive and the Chief Accounting Officer of the Judicial Department.

He also serves as the Secretary to the Judicial Services Commission and the Regulator of Legal Practice in Fiji.

He was also instrumental in introducing video recording of court proceedings, reforms to courts transcribing system, court hearings through video link from Corrections facilities, regularized judicial services to all outer islands including Lau and Lomaiviti.