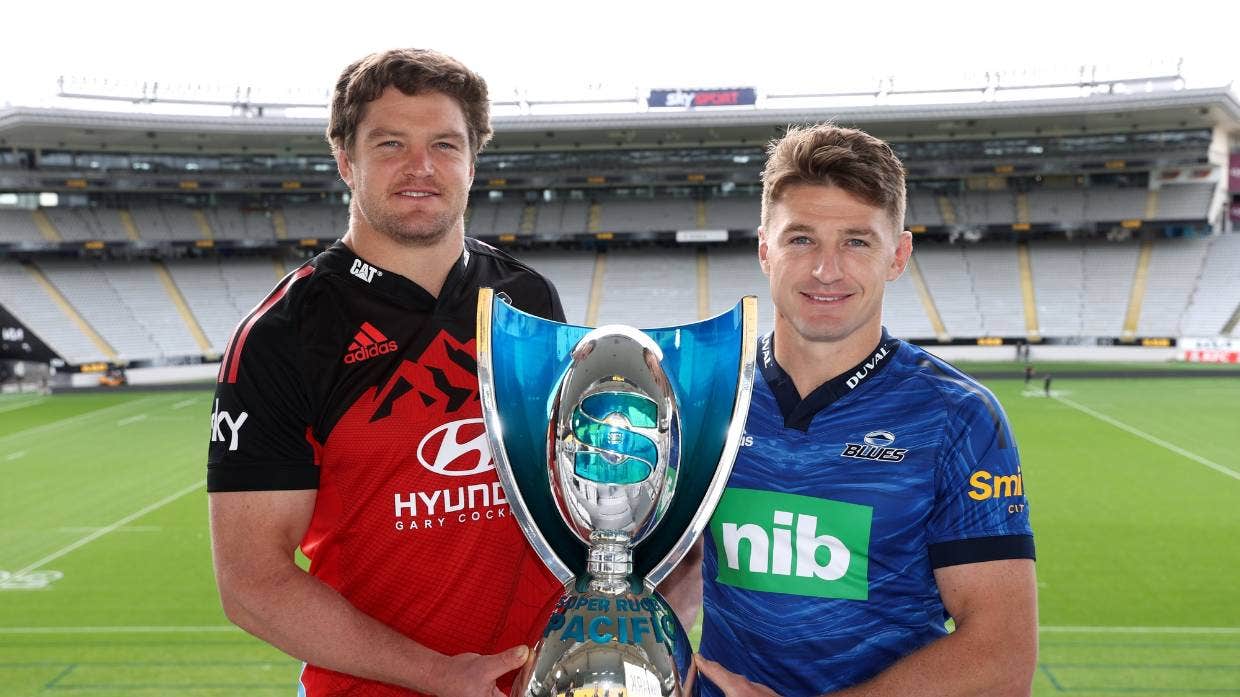 The Blues have a lot going for them heading into Saturday’s Super Rugby final that might just, if not stop, at least capture the attention of a nation. They are hotter than fish grease, are at home in front of a sellout crowd of 42,000 and have a lineup oozing X-factor and star quality.

But it’s not the big names who will win the franchise its fourth Super Rugby title (and first since 2003), but the little things, according to the Auckland outfit’s two men who know the most about lifting the silverware at season’s end, coach Leon MacDonald and veteran lock Luke Romano.

Both, of course, have done so on numerous occasions with the Crusaders, whom the Blues face in Saturday’s final and have an astounding record of excellence in the southern hemisphere’s flagship franchise competition – 10 times champions, plus two of the Aotearoa variety. MacDonald won six titles as a player with the Crusaders between 1997-2009, and another as an assistant to current super-coach Scott Robertson in 2017.

Romano, who may well be about to apply the final touch to an outstanding 14-year professional career, was of course a Crusaders stalwart until the Blues lured him north to lend his considerable experience and hard-nosed approach to their cause in 2022. In his 11 seasons with the red and black machine (2011-21) he won three full titles (2017-19), two Aotearoa crowns (2020-21), was beaten finalist twice (2011 and ‘14) and beaten semifinals twice (2012 and ‘13).

In fact Romano has only once (2015) played a season of Super Rugby and not made it as far as at least the quarterfinals.

MacDonald, who has overseen a dramatic four-year rejuvenation of the once-bedraggled Blues, offered a succinct appraisal of what wins big finals.

“The basics matter,” he said. “Set piece is critical, you have to make your tackles matter, holding the ball and not giving it away easily … all the little wins have got to accumulate. You’re trying to shut out the opposition too – every little way in, your job is to stop them.

“Generally people talk about defence and that’s huge because it will be a tighter game, It won’t be an open game, if it’s two tries apiece, that’s probably about it. You’re not going see to see five or six tries, so your defence has to be right on.”

Romano offered a variation of the same finals theme.

“It comes down to who wins those little moments,” said the 36-year-old who will come off the bench for a likely final-quarter cameo. “There could be a loose ball on the ground. Who’s willing to dive on it and put their body on the line, or get off the ground that bit faster to get back in the D-line, or get round the corner to be an option on attack?

“It’s those little things people probably don’t see that make the difference. You also have to react and adapt to how a game is panning out. Your game-plan just might not work, and you have to change that to suit the way the game’s going. There’s a certain way we want to play, a certain way they want to play, and both defences are trying to shut that down.”

The Blues are every chance, providing they don’t blink now. They are riding a 15-match win streak into their fifth full final (including a 27-23 victory in Christchurch), and have lost precisely once since the add-on Trans-Tasman competition kicked off in mid-May of ‘21 (they won that to technically end an 18-year trophy drought). Over their remarkable run this year they have shown an uncanny ability to get over the line in the tightest of finishes, exemplified by last weekend’s 20-19 semifinal squeaker against the Brumbies.

They also possess that star factor, with 11 of their 12 current All Blacks lining up (Caleb Clarke still out with his hamstring; Dalton Papalii down to come off the bench if he’s up to it), as well as a couple of recent test types in Romano and loosehead Alex Hodgman.

In Beauden Barrett and Rieko Ioane they have arguably New Zealand’s brightest backline stars, and with Fin Christie, new ABs Stephen Perofeta and Roger Tuivasa-Sheck and the in-form Mark Telea they have difference-makers galore in the wider channels. Up front loose forwards Akira Ioane and Hoskins Sotutu, a daunting four-prop rotation and blue-collar types Kurt Eklund and Tom Robinson should ensure that renowned Crusaders pack meets its match.