Little steps to save our planet! 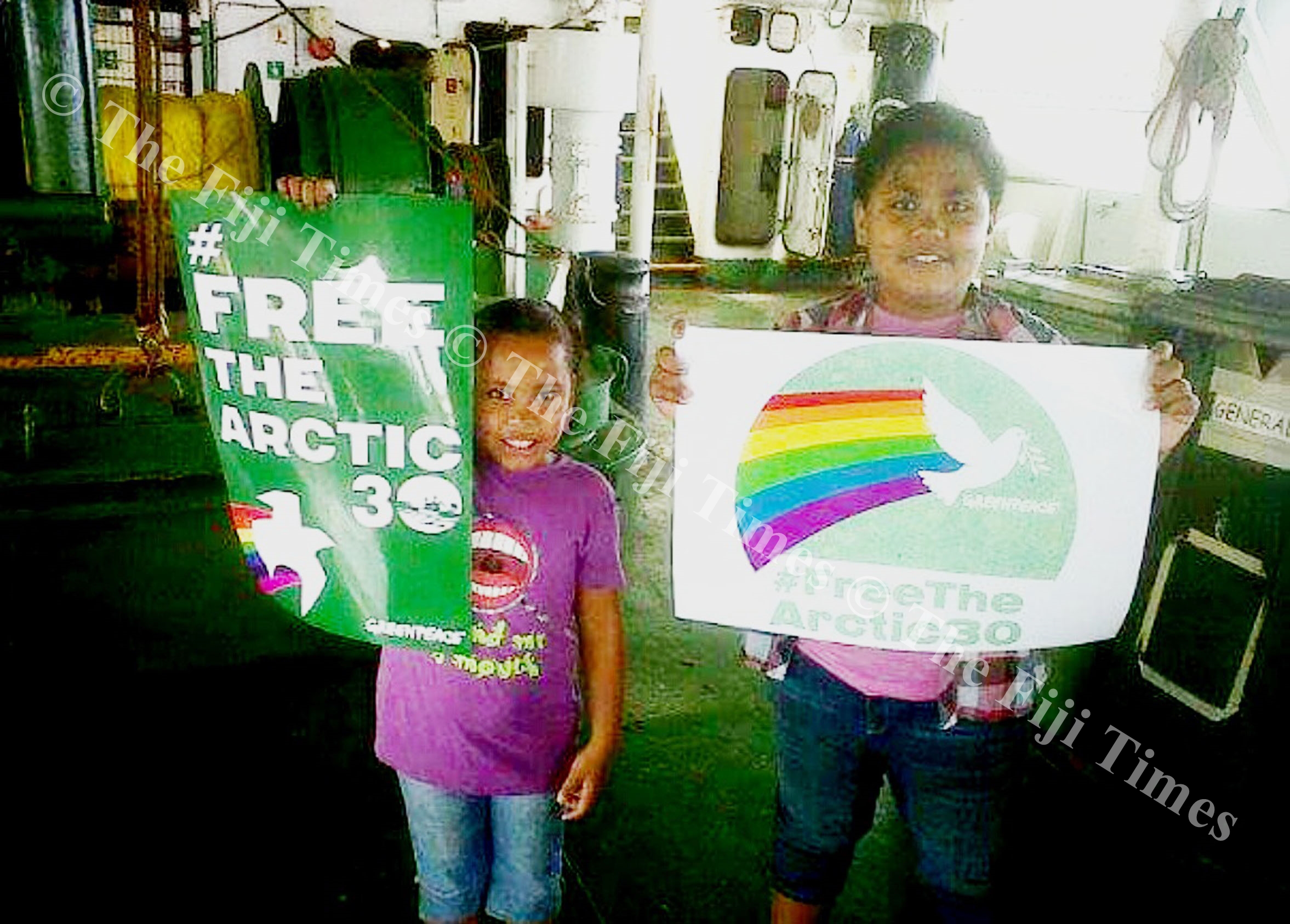 AnnMary (right) and her sister had joined the international call to free the Arctic 30 back in 2013. Picture: SUPPLIED

My mother previously worked at the Fiji Women’s Crisis Centre and she taught us about the campaigns on ending violence against all women and girls and the vulnerable, gender violence and the many horrible things that girls my age had to encounter.

This passion expended to climate change and plastic pollution and then finally walking the talk and taking necessary “baby” steps to raise awareness on these issues.

The first time I got to rub shoulders with environmentalists, climate change warriors and scientists was here at the Suva harbour in 2013 when the Esperanza called in for a port call.

Esperanza (meaning Hope in Spanish) is Greenpeace’s second largest ship and it was scientifically equipped for its voyages around the globe for its purpose, campaigns and conduct research work.

Whilst onboard the ship, we were given a brief tour of its campaigns in the poles and its engagement in the ‘Defending Our Oceans’ campaign.

At the time it arrived in Suva, there was news of the arrest of 30 Greenpeace activists and journalists on board the Arctic Sunrise (another Greenpeace ship) by the Russians. The activists also called the Arctic 30, were protesting against a Russian state-owned oil giant and underwater oil drilling.

After learning about the Arctic 30, its campaigns and its commitment to protect the environment, I asked my mother who was accompanying us if we could join the international call to free the Arctic 30 prisoners.

We signed the plea for the activists to be freed and then wrote hope messages for all activists who were raising awareness globally.

I was in Year 4 at that time and although I enjoyed my subjects in school, I tried to learn about these other things that I heard from the crew of the Esperanza and the Greenpeace staff based in Suva.

My parents were also helpful.

They encouraged me to read newspaper articles and magazines like National Geographic.

My mother’s love for thrift shops also helped because she was able to buy a lot of National Geographic magazines for us.

My parents are former journalists and I think I inherited their nose for news!

My mother, a passionate climate change peaceful activist (yes, I would like to call her that because she does her activism through poetry and a few art pieces now and then) also taught us how to use art and creative writing to create and raise awareness!

My father, who is also a former law student from Bond University in Australia, taught me about environmental justice and all the legal jargons associated with activism.

This experience on board the Esperanza was my launching pad. Our global voice to free the Arctic 30 activists and journalists were heard.

Yes, my sister and I joined international peace campaigners, heads of government agencies, Nobel peace laureates and church leaders to free the activists.