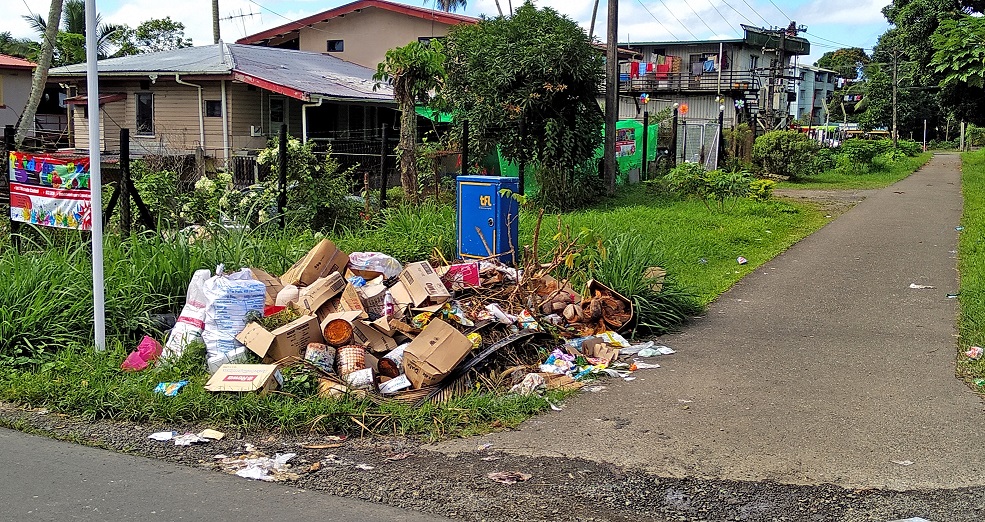 The improper disposal of rubbish at Wainivula Road,Caubati. Picture: RAMA

THE answer to the littering problem requires a co-ordinated effort among its relevant stakeholders, says Ministry of Environment permanent secretary Joshua Wycliffe.

He made the comment while opening the Litter Prevention Officers Training for Central Division at the Southern Cross Hotel in Suva on Thursday.

Mr Wycliffe reiterated to the training participants that improper disposal of litter was a crime.

He said it was the responsibility of all to maintain a clean environment.

“You are responsible citizens and responsible ambassadors of keeping your communities and your places clean,” he said. Mr Wycliffe said policing of litter was pivotal.

“You are the eyes and ears of the ministry for you to be able to prevent litter being discarded irresponsibly.”

He said the current practise of littering had forced Government to come out strong and heavy on people.

“The aim of the policy that was launched in January is to make Fiji cleaner for its citizenry.”

Meanwhile, more than 40 participants were part of the training.