Lift to the top 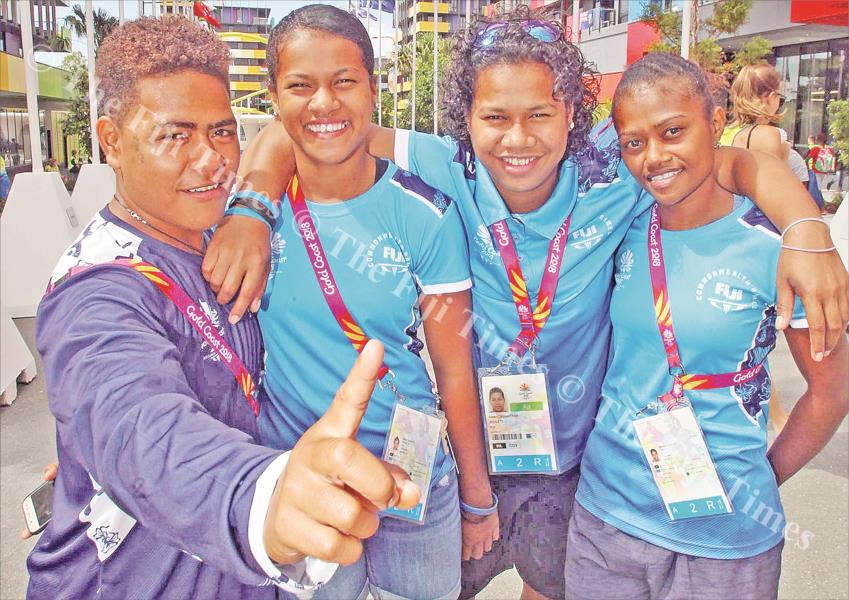 IF it was not for the difficult life at Baba settlement, Levuka, Ovalau, Fijian weight-lifters Seruwaia Malani, 25, and Maria ‘Angel’ Mareta would not be at Brisbane, Australia for the 2018 Commonwealth Games in Australia.

Let alone catching a glimpse of Prince Charles, who represented the royal family in the opening ceremony of the 21st games at Carrara Stadium last week.

“It was the first time for me to see him and I was so fortunate,” Mareta said.

Guess why she is called Angel?

“When I was born in 2001, my mother said there was an Indian movie that she loved watching all the time and the name of the main character was Angel. So when she gave birth to me, she nicknamed me Angel because she said I was her Angel.”

For Angel and Malani, reaching the games and other internationals they had competed in including last December’s South Pacific Mini Games in Vanuatu, was a blessing.

“I thank the Lord for our talents,” Malani said.

“I am unemployed, but here I am competing against some of the best in the commonwealth and the world. Who could have imagined that me, a small girl from a settlement in Baba, Levuka, could be watched by millions of people around the world. I did not dream of this and it is God who leads and guides me and I thank Him.”

The pair attributed their success to a few things.

“Firstly, we are from Baba, born and bred, but from different origins. Mareta is from Seaqaqa in Macuata but her parents have lived in Baba all their lives.

“I was born in Baba, We are lucky that our talents had taken us overseas,” Malani said.

“We do not only play for our families and for Fiji, we play for all the Melanesians in the world because our great-grandparents are Melanesians and they were brought to Fiji as slaves during the colonial days to work in the banana plantations.

“Our heritage is important, so we seek the support of everyone as we take part in the games.

“What makes us stronger is that Baba settlement, where we come from, does not have a road. It is located on a rocky hill, but we come from different origins and have lived peacefully together over the years.

“Because we do not have any road, villagers help carry each other’s stuff up the hill, whether it be building materials, food and even groceries.

“This is something that contributed to our unity as we are a peaceful settlement,” she said.