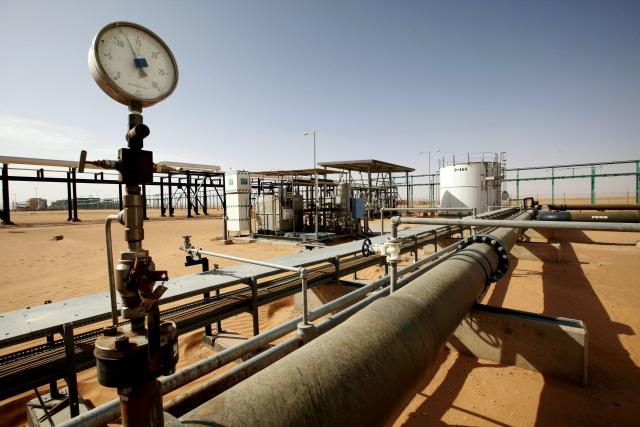 TRIPOLI/BENGHAZI, Libya (Reuters) – Libya’s state oil company NOC has declared force majeure at the country’s largest oilfield, El Sharara, a week after announcing a contractual waiver on exports from the field following its seizure by protesters.

El Sharara, which produces 315,000 barrels per day (bpd) for the OPEC member, was taken over on Dec. 8 by groups of tribesmen, armed protesters and state guards demanding salary payments and development funds.

Officials in the North African country have been unable to persuade the groups to leave the partly unsecured site amid disagreements on how best to proceed, workers at the field said.

NOC has described the occupiers as militia trying to get on the payroll of field guards. This is a recurring theme in Libya, where many see the seizing NOC facilities as an easy way to get heard by the weak state authorities.

Pumping will restart only after “alternative security arrangements are put in place”, NOC said in a statement late on Monday.

“Production at Sharara was forcibly shut down by an armed group – Battalion 30 and its civilian support company – that claimed to be providing security at the field, but which threatened violence against NOC employees,” NOC Chairman Mustafa Sanalla said in the statement.

His comments came after the chief of staff of the Tripoli-based government, Abdulrahman Attweel, described some of Sanalla’s previous comments about the protesters as “irresponsible”.

“These people (guards) were there to protect the field without salaries and without any attention to them and their daily needs, not in terms of accommodation, supply, transportation and communication,” Attweel told al-Ahrar channel.

The blockade has been complicated by the presence of tribesmen, who have argued against quick cash payments saying they want funds to improve hospitals and other services.

Distribution would be coordinated with communities to make sure fuel was sold at official subsidized prices, it said. The south suffers from fuel shortages because much is smuggled abroad.

The shutdown of El Sharara has not affected the El Feel oilfield, also located in the south. It continued to pump about 70,000 bpd, field engineers said.

Its exports were being routed via the Melittah oil and gas port, which like El Feel belongs to a joint venture NOC has with Italian energy company Eni, another engineer said.

A spokesman for NOC was unavailable.