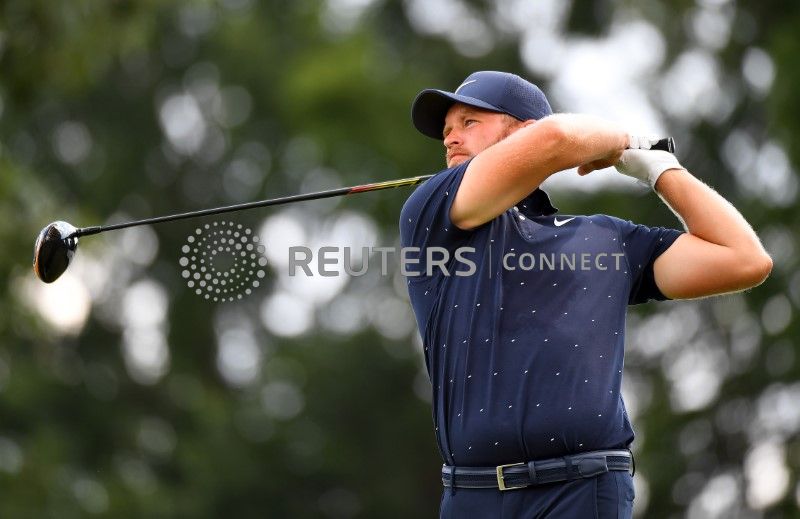 (Reuters) – England’s Tom Lewis was three clean holes away from staking a claim for an unlikely victory at the WGC-FedEx St Jude Classic in Memphis on Sunday but ultimately fell agonisingly short.

The 29-year-old, who had produced a course record-equalling nine-under-par 61 at TPC Southwind on Saturday, jumped into contention after carding five birdies on the front nine in the final round.

Lewis went on to grab a share of the lead with another gain on the 15th but a missed birdie attempt from five feet on the next hole halted his momentum.

“Yeah, I saw (then-leader Brendon) Todd had dropped a shot,” Lewis said. “Obviously, I think if that putt went in on 16, it might have been a different story on 17, but trying to force something that probably wasn’t there.”

A bogey at the 17th meant he finished with a 66 to get to 10-under in a tie for second place, three strokes behind eventual winner Justin Thomas.

“Obviously I felt like tension on the last few holes, you know, you’re trying to win and probably got out of my process a little bit,” Lewis said. “But it was good fun. After that first day I never would have thought I would be standing here now.”

A second-placed finish was a far cry at halfway stage when Lewis, playing in his first season on the PGA Tour, was 14 strokes off the lead.

But a remarkable comeback ensures he can now look forward to next week’s PGA Championship with renewed optimism.

“I was confident going into these next two weeks just because I was playing well, I feel comfortable, my swing feels free, the putting’s getting better, it’s getting freer,” Lewis added.

“The simpler I keep it, the better I perform and that’s just what I’ve got to do next week.”