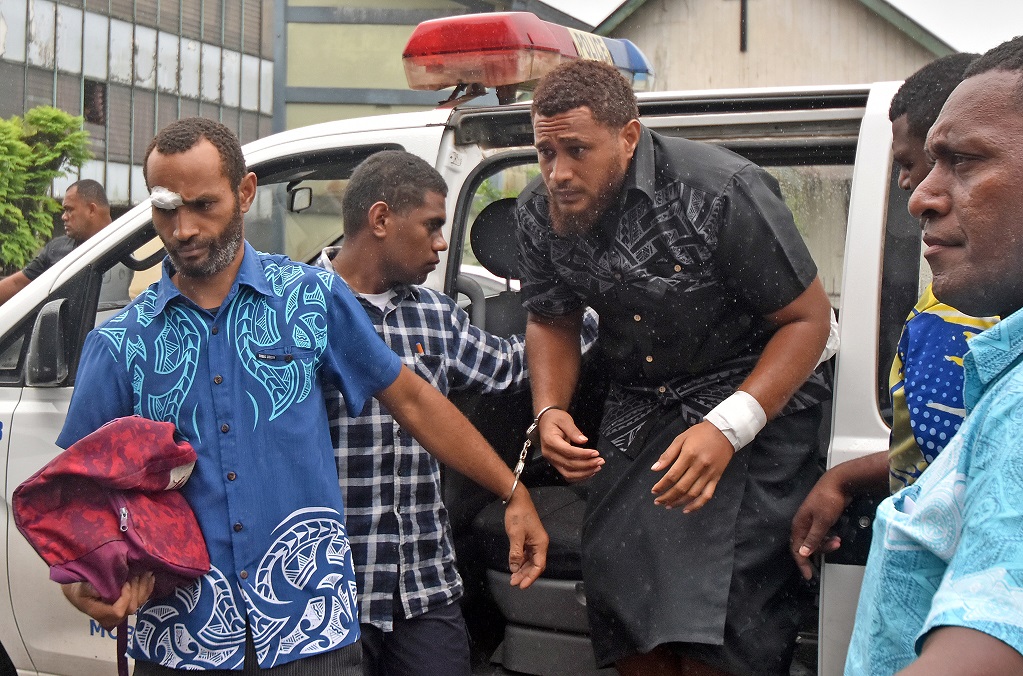 The accused are aged between 20 to 45 years and are charged with various offences such as common nuisance, disobedience of lawful order, serious assault, criminal intimidation, and obstructing a police officer.

The court was informed that all men had opted to be represented by the Legal Aid Commission in the matter.

The matter will be called again on Friday.

Meanwhile, another group of five people who allegedly assaulted police officers last Sunday at Vuci Rd in Nausori have been remanded by the Nausori Magistrates Court.

The group allegedly assaulted four police officers who were attending to a report of a fight at a shop.

The prosecution objected to bail saying the State had a strong case against the accused persons and the matter was of public interest. The matter will be called on Friday.