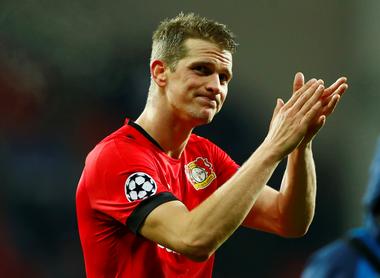 Bundesliga rivals Hoffenheim later followed suit, with club bosses saying success for the small club in recent years had created a cushion and it was now time to give something back.

Leverkusen captain Lars Bender said discussions had taken place in the last few weeks and on Tuesday they reached an agreement.

The two clubs join several others in the Bundesliga to have agreed pay cuts, including Borussia Moenchengladbach and Schalke 04.

“The (Leverkusen) team is ready to waive part of the salaries in order to support the club in its efforts to financially overcome the corona crisis,” Bender said in a club statement following a makeshift training session where players trained only in pairs.

“We again got a very concrete idea in the empty BayArena stadium today about how important the various colleagues are in breathing life into the club and how important each and every one of them is in providing us with ideal conditions to do our job.”

Play in the Bundesliga has been suspended since mid-March and the German Football League (DFL) on Tuesday extended the league suspension until at least April 30.

The DFL has also indicated that should play resume in the coming weeks or months it would likely be without spectators.