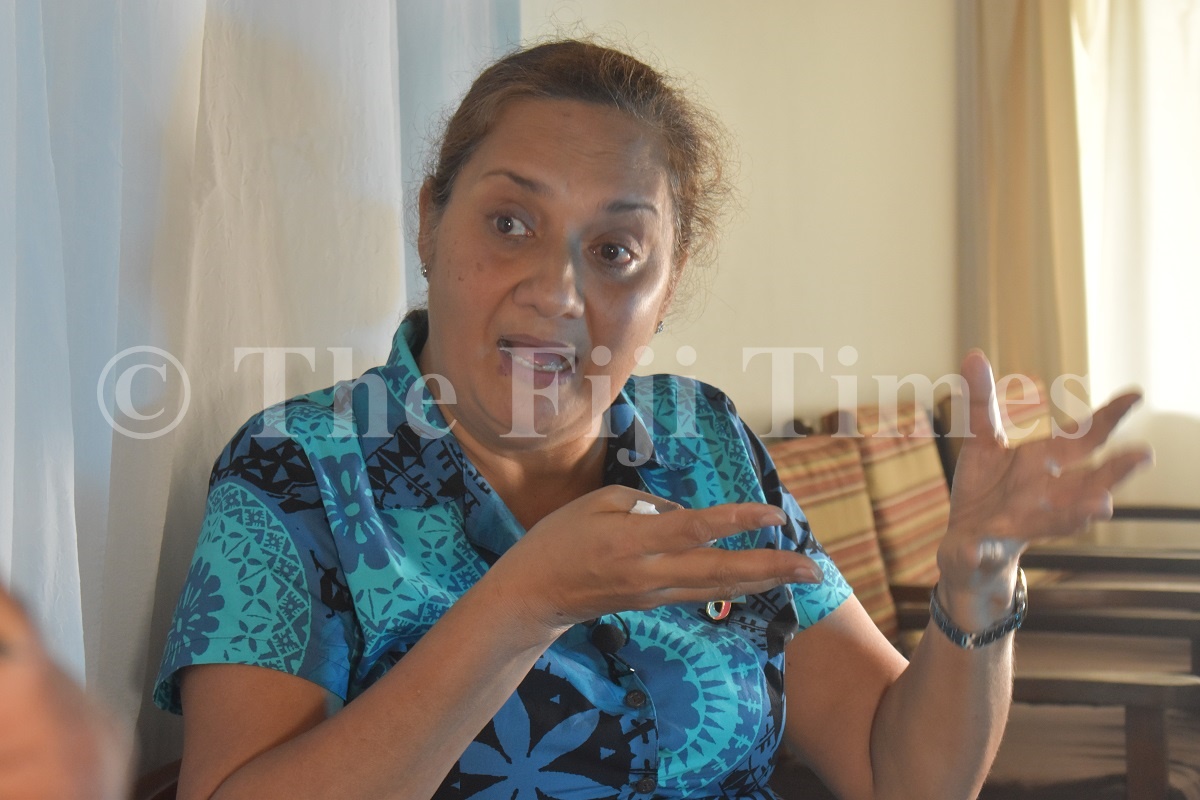 Sharing her experiences with The Fiji Times, Fiji Cancer Society CEO Belinda Chan said that one of the biggest issues facing cancer patients in Fiji was access to a steady supply of cancer-fighting medicine. She added that patients, who successfully sought treatment abroad, faced issues in terms of access to medication and specific type of care when they returned home. She also shared that access to medicine was a seasonal issue, especially during COVID-19. Providing a steady insight, Chan said that there was a need to invest in continued care for patients who had surgeries abroad and returned home. I agree that there is a need for the continuity of care and a hospice that could serve patients who are in need of proper care. Food for thought for leaders as our cancer patients need resources, funding, love and care! Rajnesh Ishwar Lingam, Nadawa, Nasinu

Tarun Tikaram’s letter “Whom to support” reminded me of our childhood support for the Police soccer team in the Suva club completion in the 1960s. Every Sunday we’d go from Nasova, Nasese to Albert Park to cheer for the Police team (in their vertical black and white striped jerseys) and virtually every Sunday they’d lose. But for us it was still the best team in town! Tikaram apparently feels the same way about FijiFirst regardless of its record. Rajend Naidu Sydney, Australia

I am really impressed by the statements of the honourable Prime Minister of Britain, Rishi Sunak, who tweeted, “Britain knows what it means to fight for freedom”. Well, that is indeed so true Mr Sunak. Britain has been involved in fighting so many wars like the American revolution, the Napoleonic wars, and even two of the deadliest wars in history (WW I and WW II). Not to mention that there are other wars that took place, so in fact, I think Britain is one of the countries that knows what fighting for freedom means deep in their hearts. KELEPI DAKUIYACO Waikalou, Serua

I refer to the letter by Tarun Tikaram, “234 the best way to go. Make no mistake” (FT 19/11). Tarun, the biggest mistake came from an assistant minister from the ruling party to vote for candidate 243. I am sure that even a class one student can remember 234. As for your response to Dr Neelesh Gounder (FT20/11), I fully agree with him that we do not need anymore political instability or any other uncertainty that will impact economic recovery and let the people of Fiji decide whether the Government should remain or a new administration replace it. Moving forward, two of my favourite candidates have my lucky number seven, 207 and 427, who are definitely contesting on issues mainly impacting the grassroots in our society. What say Allen? Finally, Mr Tikaram, since there is no debate by political party leaders, how about you take me on regarding matters of national interest whereby I travel from Marine Drive Lautoka to Marine Drive, Lami. Let the Fijian voters exercise their democratic right to choose the candidate of their choose. My lucky seven gifted WOWS Kids Fiji $7000 in September, can you pitch in with some positive amount? Your kind deeds shall remain forever in this materialistic world. Raymond Singh Marine Drive, Lautoka

Last week I attended a private family gathering which I looked forward to as a means of family reunion because it was our first meet up after the pandemic. To my dismay, I did not find most of my cousins and relatives there. When I queried with the ones who were present there, I found out that they have recently migrated to either Australia or New Zealand. Some of them were tradesmen, but the majority were teachers and nurses. This is not just a problem for my family. In reality, the story is widespread. Almost every family has a member who is migrating. I think they are simply drawn to the countries for the excellent healthcare, higher paying jobs, and higher educational standards for their children. The gain is for them, but the loss is for Fiji. In the past, brain drain hurt developing economies like our own. We make investments in the education of our citizens, yet when they become specialists in their fields, they leave the nation. There are many approaches to solve this problem. I just hope that we find amicable solutions in retaining our professionals. DINESH KUMAR Ba

ACCORDING to the Centre for Disease Control 2021 report, Republican Congressman Jake LaTuner while interrogating Secretary Alejandro Mayorkas stated that “300 Americans a day are dying from fentanyl, its equivalent to an airliner going down every day”. Imagine the impact of hard drugs in the lives of our vulnerable people in our island nation if the responsible authority drops their guard on countering local illicit production and transitional hard drugs trafficking. While the illicit drugs brings hefty returns and are readily accessible out and about, I hope the responsible department will get the necessary support to keep the illicit substances at bay. AREKI DAWAI, Suva

HOW about rather than focusing on the freeway, our Government first considers the elderly people at the Golden Age Home in Lautoka? These people have been staying together at one place for years and now for the renovation to be carried out in that building, have to move apart to different locations. I am sure our Government can do better for our senior citizens. They deserve the same care and respect as others. Sixteen years is a long time and by now a lot could have been done. KIRTI PATEL LAUTOKA

Sick on a plane

I took a Fiji Airways flight from Nadi to Melbourne last week. Before even boarding the plane a passenger was projectile vomiting and which he continued doing long after the plane took off. While I had every sympathy for the passenger, I was surprised he was even allowed on the flight. To make matters worse for me was that he sat directly in front of me. Who knows what illness he had and how it was spread. It wasn’t until halfway into the flight the purser provided him with medication. Two days later I took a Qantas flight from Sydney to Nadi. Soon after the plane took off I felt a sudden wave of nausea come over me. I rushed to the bathroom at the other end of the plane. I was quite ill. I was made to stand in the galley area where all I wanted to do was to lower my head to my knees to get some oxygen to my brain but was told it’s a busy time and there are two food trolleys in the aisle. I couldn’t help noticing the four oxygen cylinders hanging on the galley bulkhead and began craving for some. No chance. Instead, I was given orange hydrolyte powder to mix in to water to drink. No guesses the colour when I threw-up soon after drinking it. Food and beverage services are discontinued when there’s turbulence but not so for an ill passenger. Three seats were cleared for me to lay down (probably the only three vacant seats as the plane was full to the brim) until we arrived. I was told to stay on board until the health officers arrive. They didn’t and the cleaners needed to come on board to clean and they had limited time so instead I was told to disembark. No assistance was given to help me with my bags while I did hint that a wheel chair would be nice as I was feeling too weak to even walk the distance to the exit. Health officers were outside and I was taken to isolation where I could be checked and treated. Both flights were full and it was a Boeing 737-200 which accommodates around 170 passengers. Should we expect better health standards than what I witnessed and treatment than that which I received? It makes me sick. Julie Sutherland Tamavua

If a referendum was held in Fiji asking Fijians, “Would you like to see a return of the Great Council of Chiefs?” How many do you think will say yes? 50 per cent, 60 per cent or more than 75 per cent? Colin Deoki Australia

I wonder if we have any electoral laws for political parties to disclose the total cost, including giveaways, together with the source of funding for their political rallies such as the one recently held at Syria Park in Nausori. BHARAT MORRIS Rifle Range, Vatuwaqa, Suva

Just saying, if the national rugby head coach of Fiji were to be sacked, would anyone expect him to appear as coach of any of the local provincial sides? Mohammed Imraz Janif Natabua, Lautoka

An election settles the debate, delivering a clear statement on what, how and by who the populace want governance, in and by their hearts and minds. Vote wisely Fiji. Manoj Lal Patel Drasa Avenue, Lautoka

Reading The Fiji Times daily the opinion column, it seems like some writers are having more debate than politicians. Future politicians? Tahir Ali Hamilton, New Zealand Ecuador’s win A day of celebration and promise quickly turned sour for Qatar in the opening match of the 2022 World Cup as Ecuador cruised to a 2-0 win over the host nation. Enner Valencia scored both goals for Ecuador, while goalkeeper Hernan Galindez posted a clean sheet. Qatar didn’t have any shots on goal in its five attempts. The game began with immediate controversy, when Valencia appeared to score in the third minute on a header. After VAR review, an offside ruling was made and the goal was disallowed. Despite that, Ecuador scored twice to win. This means that Qatar became the first WC hosts to lose its opener which kicked off amidst stifling heat and stuttering displays. Qatar faces tougher opposition in its remaining games against Senegal and Holland. For a month, fans will be treated to high level football! Rajnesh Ishwar Lingam Nadawa, Nasinu