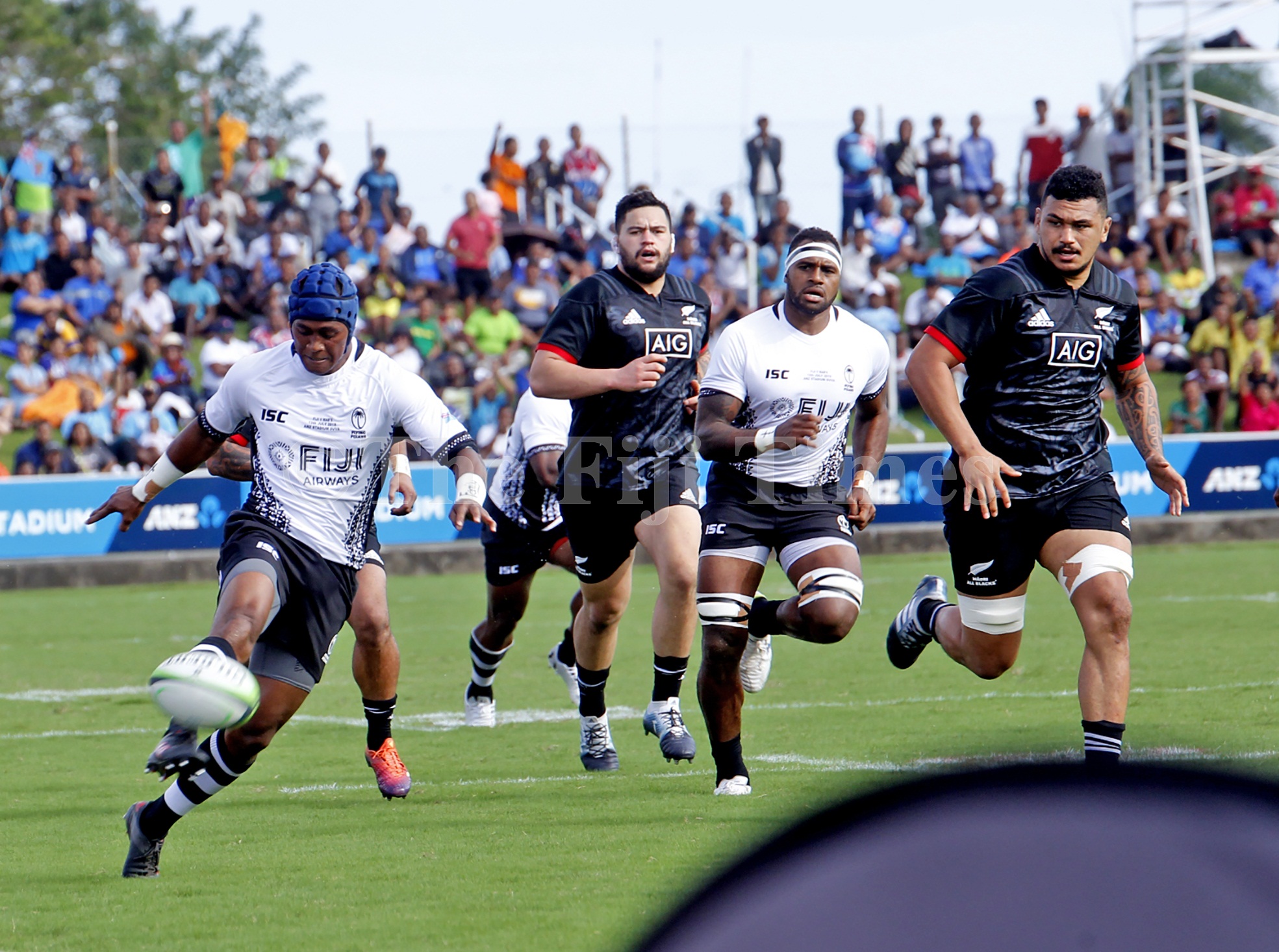 With the series against the Maori All Blacks levelled, attention shifts to the defence of our Pacific Nations Cup title beginning with an emotional battle in the land of the rising sun.

McKee has named an explosive side but I fail to understand why impressive debutant Tevita Ratuva was left out.

With his sterling performance against the Maori I’d love to see him given more game time as he is a world-class player.

It’s important to field the best and in the backline I opt for Lomani at half-back, Ben at fly-half, Nakosi and Pat on the wings, Botia and Wise at centre and Veitokani at full back.

The Cherry Blossoms will be tough playing at home in front of a passionate crowd just like the Maori so to set the platform our boys must work on set-pieces, especially our lineout and the backs must cut out on aimless kicking.

If we feed our opponents with possession it will be hard to contain their armoury.

All the best to our warriors as they prepare for Japan at the Kamaishi Recovery Memorial Stadium!

The loss at the hands of the Maori ABs should motivate Fiji to down the Cherry Blossoms!

By now our rugby warriors will be on their way to the land of Nippon and we only wish them best on the next battle.

Now what saddens me is to see the amount of gibber jabber on social media about our performance in Rotorua, now mind you the majority of these critics were singing songs of praise a week before and as soon as the tide turns they start making armchair comments about who is at fault.

I like to call them seasonal fans or as we say in iTaukei “na lailai na dina”.

Come on Fiji, the boys have been selected to represent us and there is no two ways about it, we can’t be singing from a different hymn book saying who should be in and who should be dropped, we have gone past that stage.

You are either a Fiji fan or not, there is no ifs or buts “e dua ga na noda timi ni vanua, on mai, se off yani”.

To Dom and the boys, good luck in the PNC and go hard.

We visited our son and his wife and our granddaughter over the weekend.

As we arrived I heard our son whisper to our granddaughter … “our vulagi from Suva have arrived”.

We thoroughly enjoyed our time together and as we were leaving on Sunday morning, I again overheard the father/daughter conversation…”our vulagi from Suva are leaving”.

I am now seriously considering legal action against our son for daring to call me a vulagi.

I’ve instructed my lawyers to sue him under our constitution.

THE Curtains have come down on another games and the question is will Fiji ever be top of the medal tally again?

Since the inception of the games in 1963, Fiji has only won once, Papua New Guinea twice and New Caledonia 13 times, including Samoa 2019.

Fiji kept saying all along that it has been a successful games but not being at the games — after games is what keeps me guessing are we really successful.

Comparing Fiji and New Caledonia, what makes them dominate?

Maybe the French influence, but Fiji needs to check it out and follow the same.

Maybe our bidding for the 2027 games should be the year that we should stamp our real mark in the Pacific, being the capital of the Pacific does not really match not dominating the games.

All sports at the games need to be represented and sports that find it hard getting their teams to the games should get new people organising them and getting the old heads rolling.

Volleyball is an example.

To also dominate the games we need people to go to the games and get gold, not to get experience or exposure, this should be done years before the games.

We have the facilities, the people, the guts but we seem to be missing minds putting the finishing touches.

What keeps the New Caledonians dominating, that’s what Fiji needs to find out and maybe our starting point for preparing for the next games.

But the 2019 Games are over and congratulations to the Fiji team and it will be much better the next time.

From now until the Rugby World Cup in Japan, can there be formal confirmation about the details of Fiji’s Test matches and whether they will be broadcast on free to air television?

Most of us do not want to miss a single second of these Test matches.

Our sincere condolences and sympathies are extended to the Seeto family on the loss of a beloved gentleman in Dixon Seeto, whose contribution to our economy was immense.

The smiling face of Mr Seeto will be missed.

Rest in peace Mr Seeto and thank you for your dedication and contribution!

What a mesmerising performance by the old man, Filipino legend Manny Pacquiao.

True to his words before the match, he taught, now the former WBA champion Keith Thurman a lesson on Sunday night.

It was an X-factor performance and a show of brilliance and sometimes I just can’t differentiate whether he was throwing both his hands and both his legs at the same time.

Trust me, I did not believe an inch that he will win the fight, until, and until, I saw him with our own bottle of Fiji Water.

That is magical and so problem solved once and for all.

Can the new Pacific wide Institute of Human Rights Research carry out a research on whether some people in Fiji have more human rights than others?

This will make their compilation for the United Nations more interesting.

So easy for everyone, including the mainstream media mob, to denigrate the voiceless and powerless welfare people as welfare cheats (FT 23/7).

How often do you see headlines reading “corporate crooks” or “bent politicians” or even “military thugs”?

You have all of them in society, don’t you?

So why the focus on “welfare cheats”?

Can FRA please do something ASAP about this bridge on Taveuni.

In the closing ceremony of the Pacific Games in Samoa, every one was in high spirits.

All participants were congratulated irrespective of whether they won medals or not.

The journey for continuation of celebrations and wiping of sorrows from these games will be determined by the preparation phase from now until the next games.

An issue I’d like to raise with the relevant authorities is in regards to domestic airfares.

Why does one have to pay a big price difference for the same destination flight departing on the same day?

Does aviation fuel price fluctuate within hours that airfares go up?

But I reckon these airfares are pre-planned as it already appears on the website.

I’m a taxidriver and I don’t charge different fares for the same destination within Fiji, rather I go by the taxi meter.

If our public service transport charges the same fares irrespective of ups and downs in fuel prices, why are domestic airfares skyrocketing from time to time?

Just like relevant authorities issued more taxi permits, to cater for increased demand for taxis, I reckon introducing more airlines should be taken into consideration for our domestic flights.

It would be much appreciated if relevant authorities take heed of the abovementioned issues.

We have been receiving boasting news about the record number of students in the school system and the creation of employment opportunities.

Now we are informed about a concern on the growing number of young people not in education or employment.

Does the latter part concern Fiji or the globe?