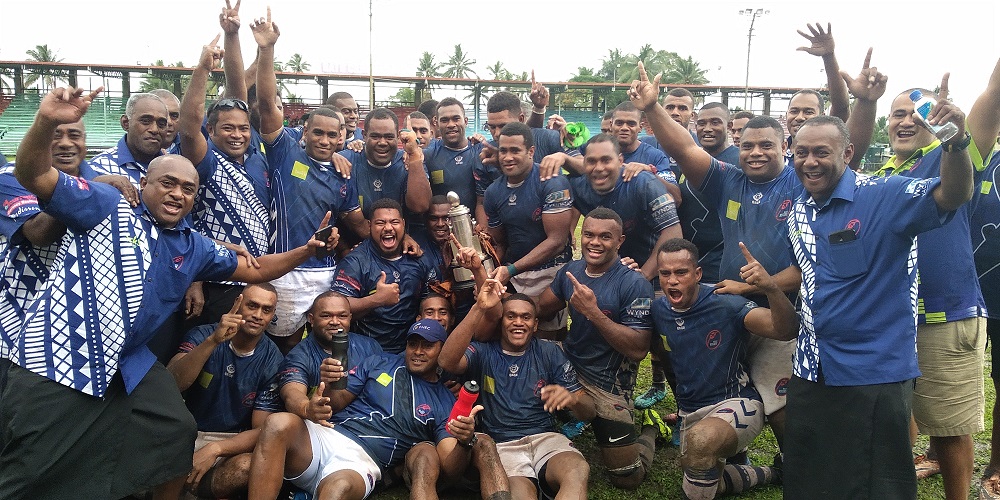 Nadi rugby on the move

AGAINST all odds, going in as underdogs, against the inclement Ratu Cakobau Park weather and heavy underfoot conditions, you rose as a sleeping giant, from its 10 years slumber to beat defending champ Naitasiri.

What an awesome effort.

Even I had my doubts, pre-match, but amazingly you conquered.

Sincere congratulations Jetset Jack’s Nadi for your amazing grit and dogged determination to beat Naitasiri 14-10 on their home turf to wrest the coveted HFC Farebrother Trophy to Nadi after 10 long years.

Now, the big hard task awaits us all.

Do your utmost in your defence of this coveted trophy.

Summon all your combined strengths.

You have all that it takes.

All our chiefs in the vanua of Nadi need to rally all of Nadi to support our team to a successful defence.

Winning was easier than every defence to come.

I WAS interested in minister Usmate’s claim that Fiji will reduce its carbon emission by 30 per cent by 2030.

Can we have more clarity on how the Government expects to reach this laudable ambition in 11 years time from now, through use of renewable energy.

While I can see how this may be achieved in the electricity sector by reducing fossil fuel use through diesel-powered generators, what are the plans to achieve reductions in the transport, agriculture, forestry, waste and other sectors?

I have not seen any policies announced by the Government in the recent budget, nor from any policies emanating from the Ministry of Economy, Infrastructure or other ministries that would increase investment in electric vehicles for example to reduce the emissions from land-based transport.

And of course there are emissions from sea and air transport.

If the Government can pull this off, it can credibly claim to be the “first” in the region, if not the world for something we can all be genuinely proud of!

THE Fiji Times of 01/07, Page 2 mentions the Government’s concern at children selling food at night.

As we see the increase of “street kids” in our urban areas, the same article mentions that these are neglected children.

However, the article never mentions the reasons there is an increase in street kids or why more and more of them are neglected.

Fiji’s budgets over the past 13 years I believe have seen an increase in the country’s cost of living expenses without the corresponding increase in salaries/wages for the average income earner.

Instead, I believe decrees are put in place to have the employer dictate their expenses and at the end of the day, meagre wages and job layoffs in the thousands is the price people pay.

Children are selling food at night and are being neglected because their parents simply cannot provide for them!

In Fiji only 10 per cent or less of the population, including our government ministers, have the relevant salaries to provide a decent living for their families.

The rest struggle each day to live.

As the 2019 budget is passed on party lines, I believe the truth of its imbalance is the legacy of our current government — the increase in neglected children we see on our Suva streets daily.

As the late English prime minister Winston Churchill once said, “…the truth is the most powerful weapon in the world.

It is so powerful that it is often protected by a bodyguard of lies.”

Is there any truth in Fiji’s current government?

I BELIEVE one of the contributing factors to traffic congestion on Rodwell Rd in Suva, especially in the mornings, is the illegal bus stand that is created near the Walu Bay roundabout.

That particular area was supposed to have a place where on one side was to accommodate buses that off-load passengers while on the other for buses that may not need to stop.

Nevertheless, the off-loading side is now becoming the minibus stand and therefore, creating a lot of traffic on the free-flowing side for many buses stopping there to off-load passengers.

It has been like that for many months or over a year and nothing has been done about it.

I would humbly request the LTA to come down hard on bus operators who have been using that space to illegally park their buses and creating unnecessary traffic congestion.

A FRIEND questioned how, after they moved into a new flat in February, the March and April bill was $66 and $65.

Can someone from EFL help?

What does the Fijian Competition and Consumer Commission’s (FCCC) choice to advertise in the Fiji Sun and not The Fiji Times for EFL tariff increase submissions in Savusavu imply?

What does the low turnout at the public consultations mean?

CLIMATE change is very much a threat to human existence.

Now apply that to the very small number of “humans” living on Malolo Island.

The change there was of no doing of mother nature.

Not to mention the catastrophe caused to marine animals.

Oh the gall of it all.

THE 2019 Cricket World Cup has a total prizemoney pool of $US10million which will be distributed according to the performance of the teams as follows: the winner will walk away with $4million, runner-up receives $2million and the losing semi-finalists get $800,000.

The number of teams participating in this world cup has come down to 10.

Let’s see who it will be this time.

MATURITY is accepting and addressing one’s highlighted mistakes, more so if one is in a position of influence.

SOME day the traffic jams will get so busy that a conversation between two people will go like this, “I’ve been trying to get my son into university, it took me two weeks to get there.”

THE 4.30pm deadline should become effective.

They can easily be accommodated through proper planning, organisation and execution.

WHEN we are thinking and talking about our drug problems, we should be asking ourselves why people use drugs in the first place.

For those of us who have experienced the euphoric effects of narcotic drugs sometime in our lifetime, the experience is one that alters the perception of reality.

The state of mind that these drugs bring to a user makes him feel like he has risen above the real life situation.

I believe people take drugs to escape the pain of their existence and their perception of the reality of their lives.

A miserable rich person is just as miserable as a miserable poor person.

A happy poor person is just as happy as a happy rich person.

Whether we are happy or unhappy depends on extreme circumstances and on how we view our situation rather than on the situation itself.

Many of us view our lives as barren of any real meaning, and we are bored and depressed.

I believe drug abuse is part of a syndrome of symptoms of a philosophical problem.

It can be equated to TV addiction, health and fitness addiction, sports addiction, work addiction and many other methods people use to escape the emptiness of their lives.

Some find meaning to life and relief of their burdens in religion, some find it in politics, many find it with a professional or a business quest and some by simply loving someone else.

Those who cannot find meaning, self-destruct by one means or another and drugs is just one of the many methods.

We will not resolve our drug abuse crisis until we recognise that it is an effect and not a cause.

The real crisis in this war is that caused by the false god materialism.

If we keep calling for law enforcement and treatment centres, we are doomed to frustration as we would only be treating the symptoms instead of the infection.

The Genesis story contains the truth in that man lost paradise when he gained the knowledge to foresee his own doom and we have been trying to find our way back ever since.

I READ with interest the article of The Fiji Times (01/07) titled “Deaths spark alert on gender violence” where the Minister for Women, Children and Poverty Alleviation, Mereseini Vuniwaqa, took to social media to highlight the prevalence of gender-based violence.

While I agree with her that to address gender-based violence it took the whole community and a national approach, however, I would like to say when she said that “…the root cause of all these issues was in the male psyche deeply entrenched in a gender-stereotyped world, giving them power and prevalence over female”.

I sincerely believe that her statement on gender stereotype is very biased especially when you consider cases where females are more aggressive than their male partner in gender violence and a typical example was highlighted in the same newspaper (FT), where a woman in Nadi was in custody after pouring hot water on her partner after a heated argument.

I believe if we need to address this issue, first and foremost, we must stop the blaming game and re-evaluate our social norm according to our context, where life is more individualistic and the sense of communal is no more and hence the eroding moral values such as respect, care, patience, and so forth.