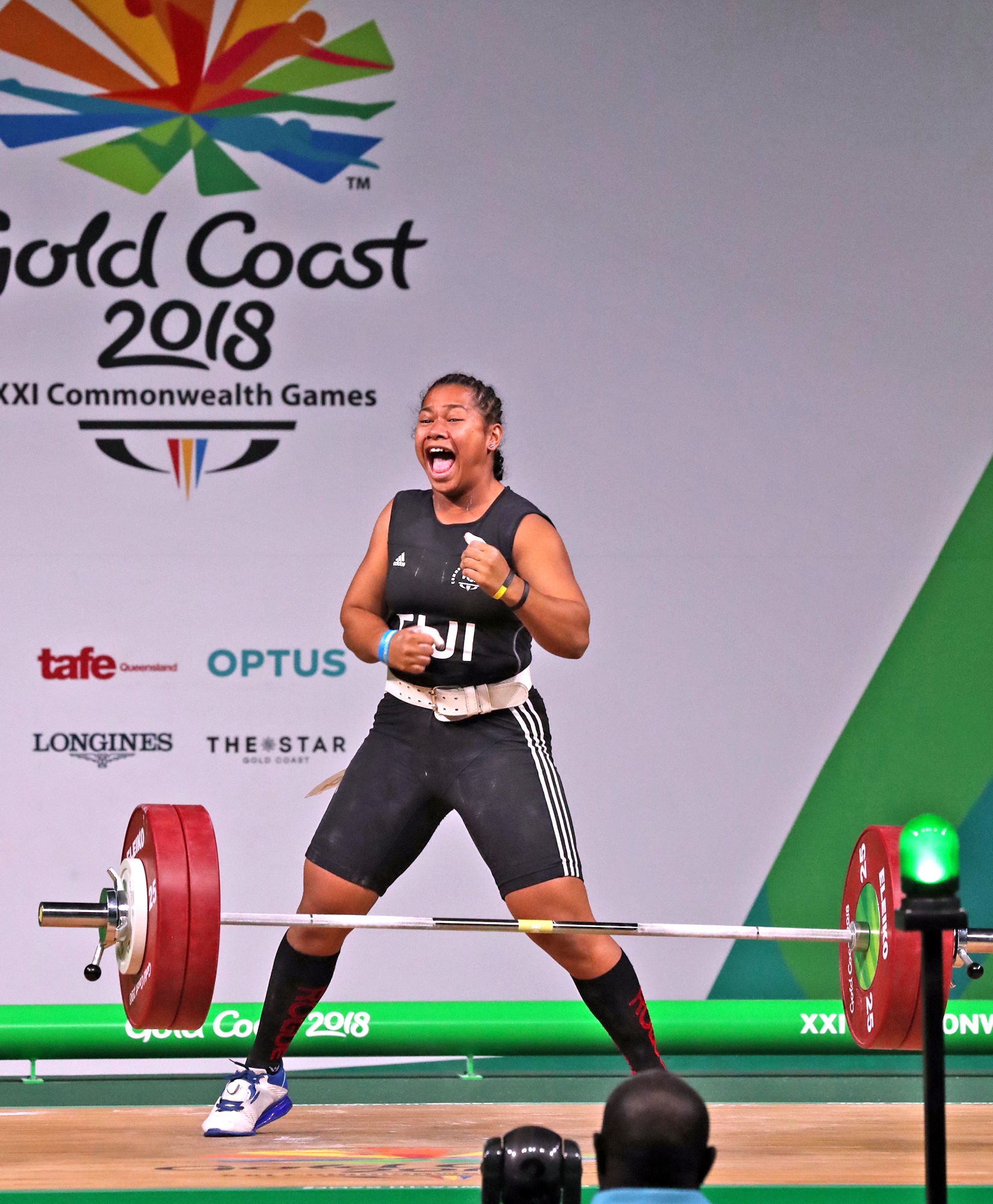 I have written two previous letters requesting Weightlifting Fiji to solve the impasse and work out a way so that we don’t lose upcoming weightlifter Eileen Cikamatana but I guess both letters did not hit the bullseye.

Even the Sports Minister seems to have lost interest in solving the impasse despite Cikamatana’s performance at the 2018 Commonwealth Games and the fact that she smashed the Australian 81kg women’s record and the Oceania record.

Weightlifting Fiji please do something before we lose the services of Eileen who has already been granted Australian residency!

Gold in any form, is; well gold.

No matter where and how you get it.

Most notable is when you win it.

Nobody saw the value of the person who won it for us and brought glory to our nation as a whole.

There were those also who inferred that said person will be the biggest loser.

Fiji Weightlifters Association president, Peni Tawai should give up his efforts to get champion weightlifter Cikamatana back to represent Fiji.

It is obvious that Fiji sports does not need this promising young athlete through its action or lack of it.

I say you go for it Eileen and conquer the world under Australia sponsorship.

For me and many Fijians, you will always be flying the Fijian flag when you are lifting weights on the world stage.

I write this open letter to Jone Usamate, the Minister for Infrastructure to register my total disappointment with the manner in which the Water Authority of Fiji is functioning.

I believe there is no trace of competence in customer service and I am thoroughly frustrated with the attitude of this department.

I made an application for a new water meter on January 29 this year and paid the relevant lodgement fees and was given a date for inspection.

The inspection team arrived on the appointed day and approved the site in the presence of a licensed plumber to who I had to pay $80 for his service.

I was told to pay $345 after 15 days, which I did, and the meter was supposed to have been installed within 15 days.

However, this did not happen.

Instead, I was given a mobile number on which to ring and enquire every week.

This I have been doing on a regular basis and am totally frustrated as it is affecting my project.

However, I was shocked to learn from one of the call centre attendants that they are out of stock on meters.

This is an unacceptable situation.

In my view an urgent enquiry must be held by the minister to find out the reasons for the delay.

Today is May 22 and four months down the line there is no sign of a water meter.

Can someone please help!

The difference of $13.92 was paid by the government because they gave the assurance of $80 per tonne price for 2018.

This year the government has given the assurance of $85 per tonne which means they will have to pay the difference of $31.31 per tonne.

This equates to about 58 per cent of the total price.

If there was no government back-up the sugar industry would have died out a long time ago.

How long can this type of assistance last?

What is FSC doing to diversify into other products and other methods of promoting their products?

Have they ever thought about making Ethanol which can be blended into petrol and sold in the country?

Australia can do that where they add 10 per cent ethanol to petrol and call it E10 whose octane rating is 95 which is more than the normal petrol of 91.

This will also save the government on our import of the petrol and give better price to our cane farmers.

It’s time for FSC to wake up and do things that can save money for the government and give a better price to the farmers.

BRO Imraz, while you are absolutely correct in stating that it is very important for any government to treat all citizens equally, the fact of the matter is that it isn’t working that way.

Your article referring to Samoa’s Prime Minister Tuilaepa Malielegaoi targeting a return to archery to represent Samoa again at the age of 74 is heart-warming (FT 15/5/19 ).

I was in Samoa during the 2007 Pacific Games in Apia and he was also a member of the archery national team.

He stayed, ate and slept with his team members at the games village.

He won a silver medal.

I wish him all the best if he is selected once again.

Yes I agree with a letter writer (FT/22/5/19) that government is struggling with its reforms.

I believe the problem arose when government reduced the retirement age to 55.

Can the Nasese Bus company service the Cunningham route?

She cleaned, she jerked and the Aussies snatched her from right under our noses.

If they spit at you behind your back, it means you are ahead of them.

Will the next one have an allocation for spoon-feeding?

With the continuing debate about chances in the next general elections, I see the two skillful gentlemen are adamant in their predictions.

Any chances of taking a breather and predicting the winning numbers for the next lottery?

Some care deeply about that and are taking serious steps to avert it.

Some gloss over it and pretend the consequences are not as profound as made out to be.

Some don’t give a damn.

The latter two don’t accept the science, the empirical evidence.

Humanity has always had that variety in its mix.

They pose a threat with their ignorance or arrogance to climate change action.

I commend Mai TV for bringing to the viewers the Rakavi me Cavai, which was premiered on 21/5/19.

I commend Mesake for being an excellent anchor.

I think there could not have been a better guest than Seremaia Bai for the much-awaited show.

I was touched by Seremaia’s narration of the difficulties he had to go through, after failing his FJC.

Thank God that the archaic and stigmatic notion of broadcasting the names of the successful external examination candidates.

My heart cried when I heard Seremaia say that the whole village was glued to the radio, eager to hear his name but alas, his name did not echo that day.

But no, he did not give up and turned to rugby, some thing that was “in his blood”.

He spoke of how, as a teenager, he played adult level rugby until when he got an opportunity to “school” again and played for Lelean.

I admired his frank and forthright view on professional rugby, how he enjoyed when he received monthly payments in his good days and how he faced reality when the contract was over.

I would call his account an outright reality check.

He did not mince his words when he reasoned for the importance of education in our lives.

I salute you Seremaia for being a role model to all and encouraging all the young ones to make education their priority.

I wish secondary schools could invite Seremaia to their prizegiving or just create sessions of his motivational talk.

Our students need that.

While Bole urged the national team to unleash the 7s beast, Valesu was confident that Fiji would produce a magical finish during the last leg of the HSBC WRSS.

Both Bole and Valesu were part of the Fiji 7s team that won the 2002 Argentina 7s defeating South Africa and the dynamic duo knows what it takes to win at international level.

Bole mentioned that our players must waken the warrior mentality in them and show the world that we play until the final whistle.

I support his views that Fiji must be ruthless as the boys have the firepower and vision in the team to do so.

Barring any upset Fiji is tipped to play England or NZ in the cup quarters and USA in the semis and if all goes well and we beat the Eagles we should be able to take the lead on the overall points table if our boys can win the cup.

Excitement at home is building and the weekend looks promising!