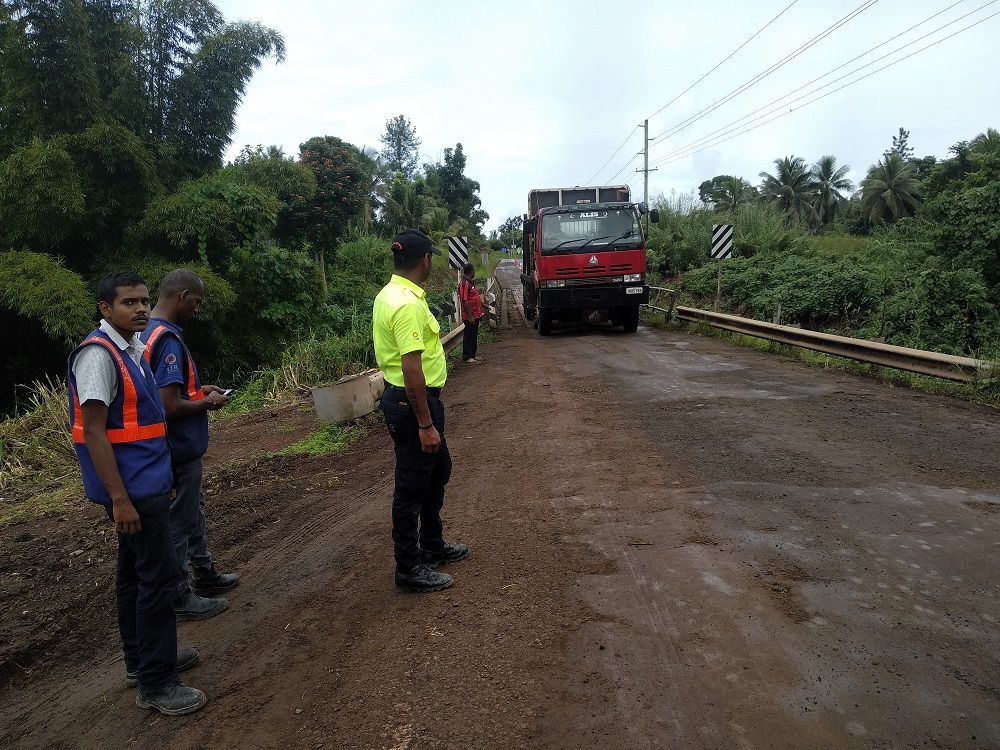 Bridges and the wharf

I am not at all surprised with the state of Vesidrua bridge.

Also with the current state of all single-lane bridges in the Savusavu to Labasa corridor.

I wrote 16 letters in 16 years in this column regarding Montfort Boys Town bridge.

It was double lane pre-16 years.

What are the authorities waiting for?

Vesidrua has been a single lane bridge since its inception.

There are another four single lane bridges also, apart from the two mentioned above.

When our government came into power I thought it will go for all hard infrastructure … then how come it turned a blind eye on these single-lane bridges?

Just look at the pictures regarding the port of entry into Savusavu.

I believe it’s about to collapse.

When will the authorities attend to this?

Can someone from the FRA please tell me the impact it has on our day to day business?

I have to agree with Henry Manulevu (FT 24/4) that the SANDALWOOD ST sign is incorrect.

But first I have to tell Mr Manulevu that it’s Fiji Roads Authority that is doing the signs and not Lautoka City Council.

Letters have been sent to The Fiji Times on the incorrect road signs.

But the best mistake was when Java Place at Balawa Estate was renamed (incorrectly) to Sava Place.

Our mate, Fang, lives there so we now go and sava our grog there.

As a frequent road user, I wish to express my views and opinions in regards to the cause of floods in the main streets of Labasa Town during heavy rain.

I have noticed that some parts of the main street of the town got flooded because of prolonged and heavy rainfall.

People have to cross the flooded streets to do their shopping.

It has become difficult for the people to walk in the rain because the footpath gets slippery.

Most of the roads and footpaths were flooded, as a result affecting traffic flow.

The number of potholes on the main streets are also increasing because of heavy rain and flooding, therefore drivers have to take extra care because most of the potholes are covered with water.

I believe littering is the major cause of flooding in towns.

Plastic, candy wrappers and bongo packets thrown by the people end up in our drains, blocking them.

I believe that’s how flooding happens during heavy rain.

People should be more responsible and stop littering.

To solve this problem, the government should provide more rubbish bins around the town.

The drainage system should be cleaned up as soon as possible.

I would like to urge the relevant authorities and the public to take suitable and immediate action in order to avoid flooding.

This letter is written in response to a desperate plea from a market vendor.

This is despite many other complaints already made.

The original market was an open-air concept where the normal wind flow was unobstructed.

It was airy and comfortable.

The new building though looking very impressive is not practical at all, with the day breeze obstructed and heat from the roof unrelenting.

Now an additional building is being constructed along the southern wall of the market, that will further obstruct natural ventilation.

This building should not take place unless a clear space is left along the southern part of the market.

The new market must have cost a package and now the running costs would be higher with overhead fans being proposed and a ceiling is needed to further insulate the building from the heated roof.

Whoever designed this new version should have at least consulted the market vendors to understand their needs.

Now we have this huge building with unhappy vendors who have to bear the Western heat day in and day out.

We certainly needed town councillors back so that the people could be heard.

From media reports on the Fiji Principals Association Conference, it appears that the school system is in jeopardy.

Comments by the Minister for Education and her deputy permanent secretary seem to be directed at the weaknesses in the system and asking for the patience of teachers on promotions, salary adjustments among other things.

It appears from all these and other comments from education officials that all is not well in this area of service.

I believe that constructive and effective consultations with the teachers’ representative associations are urgently required to streamline the administration of this noble profession.

In The Fiji Times (23/4), the headline and editorial comment sandwiched the picture on Page 4.

What else can we do?

As a Christian, I would like to thank the Attorney-General Aiyaz Sayed-Khaiyum for his attendance and contribution to the prayer vigil held at the Holy Trinity Anglican Cathedral.

Love is the common denominator in all religions and we must never forget this.

THE Health Minister has disclosed that 1894 suspected dengue cases were recorded in the first quarter this year.

As it stands, we are unable to conclude whether there has been an increase or decrease.

There is another vital piece of information missing.

The number of suspected dengue cases from areas where Wolbachia carrying mosquitoes have been released.

This is to ascertain the impact of Wolbachia mosquitoes.

If gathered data reveals positive results, the ministry should proceed with releasing Wolbachia carrying mosquitoes in those areas where suspected dengue cases are high.

I agree with Henry Manulevu about the spelling errors at some streets around Lautoka City.

A friend will be travelling overseas soon.

So he asked me if our new currency notes will be accepted in other countries.

The knockout traffic jams in Fiji are set to continue.

We are done with ‘J’ number plates and onto ‘K’.

‘L’ is already visible in the corner.

The frustrating situation on our roads is not kooky, but kosher.

We will have to languish in long king-size lines of vehicles.

Like the preceding alphabets, there are too many ‘Js, ‘Ks and soon to be ‘Ls.

Even worse, too many vehicles.

ANZAC Day, April 25, is one of Australia’s most important national occasions.

It marks the anniversary of the first major military action fought by Australian and New Zealand forces during the World War I.

The soldiers in those forces quickly became known as Anzacs, and the pride they took in that name endures to this day.

When war broke out in 1914, Australia had been a federated nation for only 13 years, and its government was eager to establish a reputation among the nations of the world.

When Britain declared war in August 1914, Australia was automatically placed on the side of the Commonwealth.

In 1915 Australian and New Zealand soldiers formed part of the expedition that set out to capture the Gallipoli peninsula in order to open the Dardanelles to the allied navies.

The ultimate objective was to capture Constantinople (now Istanbul), the capital of the Ottoman Empire, an ally of Germany.

The Australian and New Zealand forces landed on Gallipoli on April 25, meeting fierce resistance from the Ottoman Turkish defenders.

What had been planned as a bold stroke to knock Turkey out of the war quickly became a stalemate, and the campaign dragged on for eight months.

At the end of 1915 the allied forces were evacuated from the peninsula, with both sides having suffered heavy casualties and endured great hardships.

More than 8000 Australian soldiers had died in the campaign.

Gallipoli had a profound impact on Australians at home, and April 25 soon became the day on which Australians remembered the sacrifice of those who died in the war.

Although the Gallipoli campaign failed in its military objectives, the actions of Australian and New Zealand forces during the campaign left a powerful legacy.

What became known as the “Anzac legend” became an important part of the identity of both nations, shaping the ways in which they viewed both their past and their future.

Australians recognise April 25 as a day of national remembrance, which takes two forms.

Commemorative services are held across the nation at dawn – the time of the original landing, while later in the day, former servicemen and servicewomen meet to take part in marches through the country’s major cities and in many smaller centres.

Commemorative ceremonies are more formal, and are held at war memorials around the country.

In these ways, Anzac Day is a time at which Australians reflect on the many different meanings of war.

The pomp and ceremony associated with grand openings of certain projects should probably be toned down until the project is able to survive.

What comes to mind is the launching of Waila City with fireworks worth $100,000 accompanied by the usual glamor and charm.

Replica house models and fancy designs decorated the walls of the marquee that was erected for the occasion.

After eight years, nothing has materialised on Waila City.

Another case is the Nabou Green Energy Ltd, reported in yesterday’s paper, 23/04.

After the grand opening with elegant speeches and lofty remarks, the project faces uncertainty after only a year of operation.

I’m sure there are other projects opened with pomp and celebration that have come to an abrupt halt.

It is the responsibility of the Government to carry out its due diligence (even if it means listening to opposing views and adhering to it) and ensure that any project that establishes itself on our shores is successful and the intention achieved.