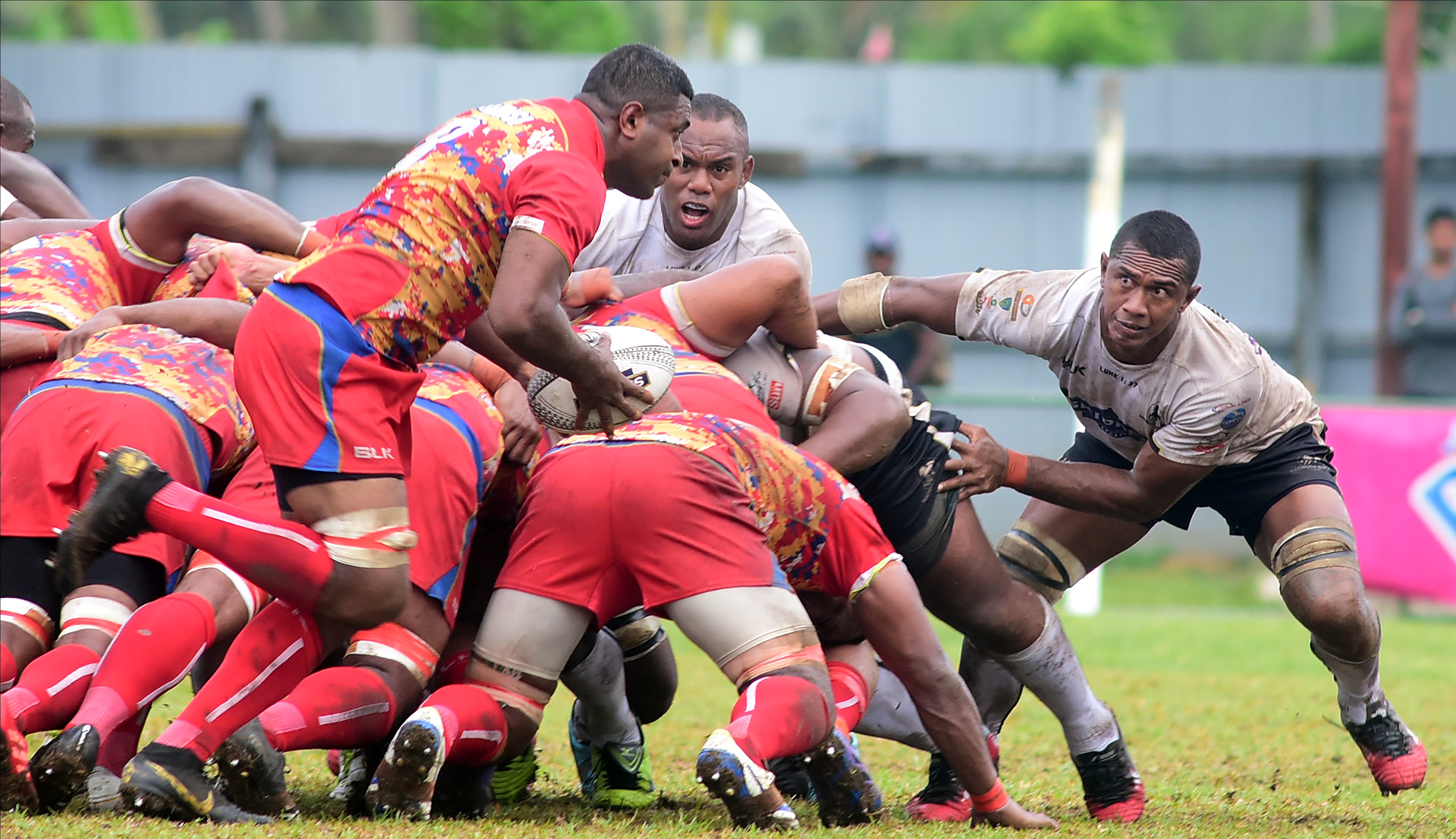 Namosi captain Sakiusa Nadruku runs out from the scrum against Nadroga in their doubled header clash at Ratu Cakobau Park on Saturday, September 19, 2020. Picture: ATU RASEA

WHAT if Nadroga had opted to take the penalty and the three points rather than continue with the pick and drive?

Nadroga lost the ball and Namosi scored a try.

Certainly it was not Nadroga’s day as they lost the cup to Namosi twice.

NEVER count your chickens before they hatch.

Never get too ahead of yourself; history normally repeats itself.

These I’d like to remind my friends and foes alike.

Prior to this weekend’s much anticipated Farebrother challenge; I had received numerous correspondence and communications that Nadroga will return with the trophy when the dust settles at Ratu Cakobau Park.

The media had invested a lot in promoting the buildup to the epic showdown.

And in as much as I would have loved to see that unfold and manifest, the Namosi brigade had other ideas.

Frankly, I was disappointed with the Stallions’ performance yesterday.

I think the ageing players especially in the forwards have served their time at the pinnacle level and they now have to give way to young and upcoming talent.

I had expected a firing start and a relentless onslaught.

I remembered the year when Nadroga challenged Naitasiri many years ago.

Nadroga won by more than half a century points.

But that feat could not be repeated.

And to pull the bull by the horns; Nadroga rugby has been distorted.

It’s so unlike the Stallions that we normally know of.

The Stallions just could not circumvent the Namosi brick wall of defence.

Meanwhile, massive congratulations to the Asaeli Boko coached Namosi for a valiant effort.

It indeed takes one to know one and it takes two to tango.

Huge respect to both gentlemen!

To my buddy, Nadroga fanatic and ardent supporter; Rajnesh Ishwar Lingam, I had already stated that I may once again have the last laugh this weekend and I think I did belatedly!

ALWAYS an ardent fan of Nadroga rugby, my father-in-law in the village did warn me of the beginning of the end of the era of rugby for giants hakwa Nadroga.

Just like their favourite son Tiko Matawalu who is stepping down as the president of Nadroga rugby, its senior rugby team is now forwarding the champions baton to upcoming and promising teams like Namosi.

Nadroga rugby has remained champions for many years and even without cups and trophies in their cabinets, the Stallions will remain in our hearts as our country’s living and breathing champion team.

There are many so many talented Nadroga players that have graced both local and international fields and have carved their names in the annals of rugby union.

Joka dina Nadro hakwa power and in an emotional breath it’s true the holy grail of rugby has not gone far but a door step and neighbouring Namosi province.

Is this the true changing of a baton from one neighbour to another?

IT is time to say no to daylight saving.

We have had enough of it.

FATHER Kevin Barr walked the talk tirelessly in addressing the plight of the poor, including the working poor who did not have a decent living wage for over four decades in Fiji without any thought of self-aggrandisement, enrichment or reward.

He was indeed a true champion of the poor, steadfast in his commitment to the creation of a just society in Fiji.

I join the many others in mourning the passing away of this truly good man.

PEOPLE are expected to live life to the fullest.

The high number of 72 victims from January to August this year is worrying.

To all young people out there, please refrain from taking your own precious lives and there’s someone who you can share what you are going through in your life every day.

Suicide is not the answer for the easy way out.

BRO Rajnesh, since you write so much about rugby and soccer, could you give your expert advice on why local soccer players are failing to secure overseas contracts in large numbers while rugby players continue to excel among the best in the world?

IN his very interesting opinion piece ‘Market forces: Is this why the council elections are, er, stalled?’ (FT 19/09), Richard Naidu says: “It’s hard to understand the mentality which drives this sort of control-freakery”.

It relates to “the top-down approach” to governance.

Those at the bottom are micro-managed in an arbitrary manner by the mob on top.

I believe it is a widely discredited approach to good governance.

ARE juice sellers being checked to see if the product they are selling is healthy?

What is presented as “juice” may in fact be just artificial colour, artificial flavour and sugar.

EVERYWHERE I read about news that it’s about Mahendra Chaudhry saying this and that.

Is he getting attention?

Please note some of us need young motivated leaders.

Others can stay home.

THE bulk of our Parliament’s standing committee work seem to be now focused on reviewing annual reports of government departments and statutory authorities, as well as reviewing international treaties and conventions due for ratification.

It has really been a long time since we have seen a tabled Bill being referred by Parliament, to one of the committees for detailed scrutiny.

As we know, scrutiny of Bills has always been a traditional and more visible task of these committees.

I believe such scrutiny enables the public and the stakeholders to provide submissions, thereby providing the important and necessary interaction and interface between Parliament and the people, in the important work of law-making.

Quite a number of Bills were in fact tabled in Parliament this year.

However, Parliament had resolved by majority vote, to consider most of these, in a single- stage consideration and without the “delay” of the normal three reading stages.

I believe the end result of this, is that the important role of scrutiny of Bills by a standing committee, or even the Committee of the Whole Parliament, were accordingly bypassed.

It appears that this situation with the work of the committees, will probably remain like this, at least until Parliament’s next sitting at the end of the year.