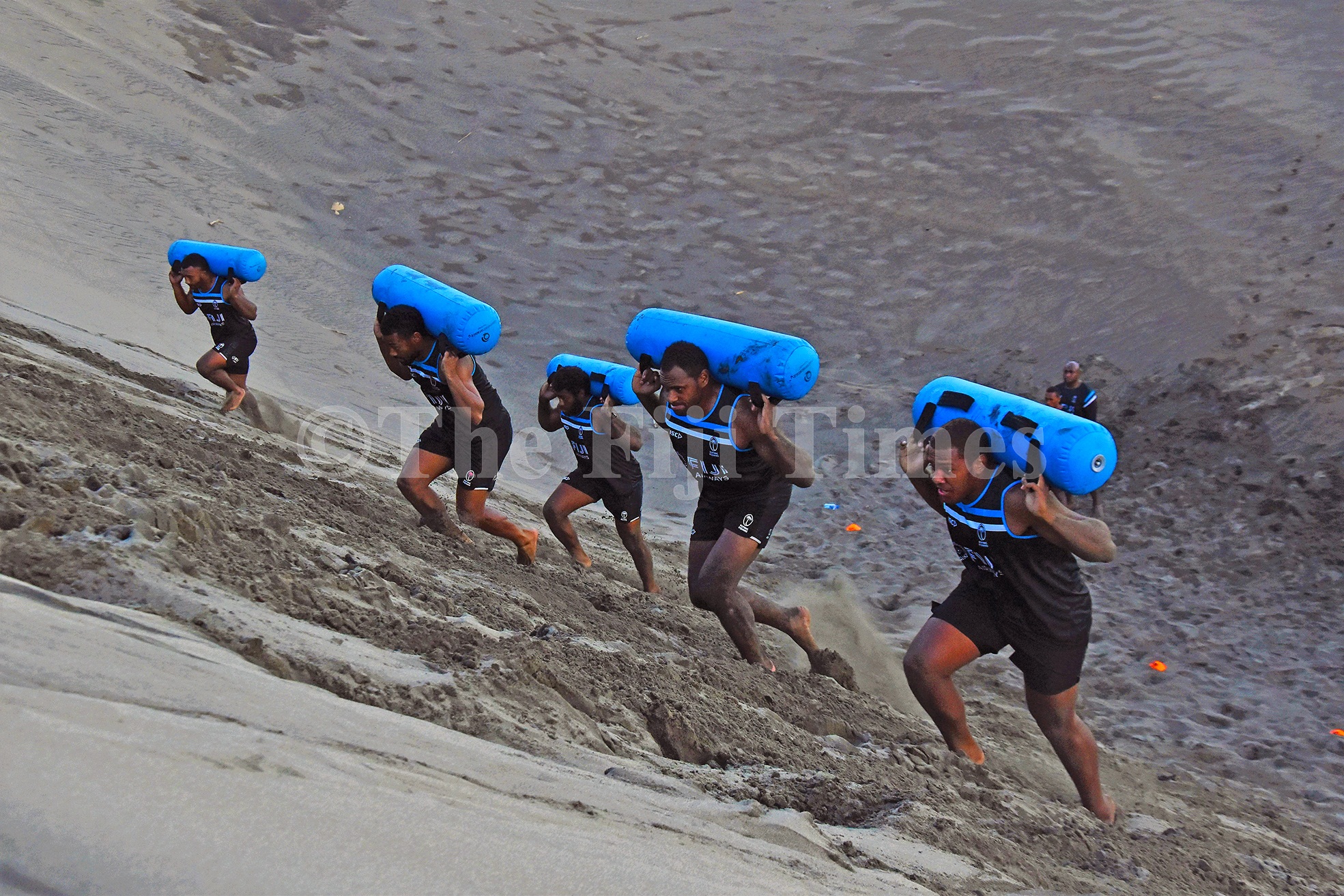 Suva rugby player Tevita Ikanivere (closest to camera) is one of the seven Fijians drafted into the Barbarians side. Picture: FT FILE

I salute our nine brave local players who made the squad for the expanded Eight Nations tournament.

This tour is the platform to expose these stars. Furthermore, Nemani Nadolo, Semi Radradra and Josua Tuisova look set to spark our back line!

Noa Biudole in Friday’s The Fiji Times ran a story on Naitasiri’s Chris Minimbi, who made the tour for the Eight Nations Cup, and indeed it has been an amazing journey for Naitasiri’s lock.

Is it true that the longest unresolved strike to date is that of the miners. NIGEL FIU Owls Perch, Lautoka

In the 2018 General Election, the professor received almost 50 per cent more votes compared with 2014.

Would it be any bit erroneous to assume that since the 2018 General Election, the professor’s popularity has received further boost?

In case this is totally off course, someone will surely correct it. MOHAMMED IMRAZ JANIF Natabua, Lautoka

Yesterday, New Zealand opened up a “one way” travel bubble with the Australian states of Queensland and New South Wales (no quarantine required on arrival).

The rules were quite simple, those two states only, no entry permitted to other states, and two weeks quarantine when returning to New Zealand.

So what happened? Seventeen passengers upon landing in Sydney immediately booked flights to Melbourne where they were detained for breaching the rules of the game.

Marvelous! So here we have Fiji desperately trying to enter “bubbles” to get tourism up and running again.

Fiji is of course of major interest to some people because of its excellent COVID-19 record.

Whatever “bubble rules” are accepted between us and other participating countries, there will be those from outside the “bubble”, from high COVID countries, who will seek to gain entry in order to escape the virus, thus putting us all at risk.

The New Zealand rules, breached on the first day of operation, must be a lesson to those here seeking to open up our borders. ALLAN LOOSLEY Tavua

Students across Fiji are being handed the commemorative Fiji Day 50 cents coin and what a thing of beauty it is!

The souvenir will be kept safely as a remembrance of the 50 years of hard toil on our homeland.

I thank the honorable Prime Minister for this initiative as it also gives everyone a reason to smile during times of crisis. Veilomani Viti! RAYNAV CHAND Nakasi