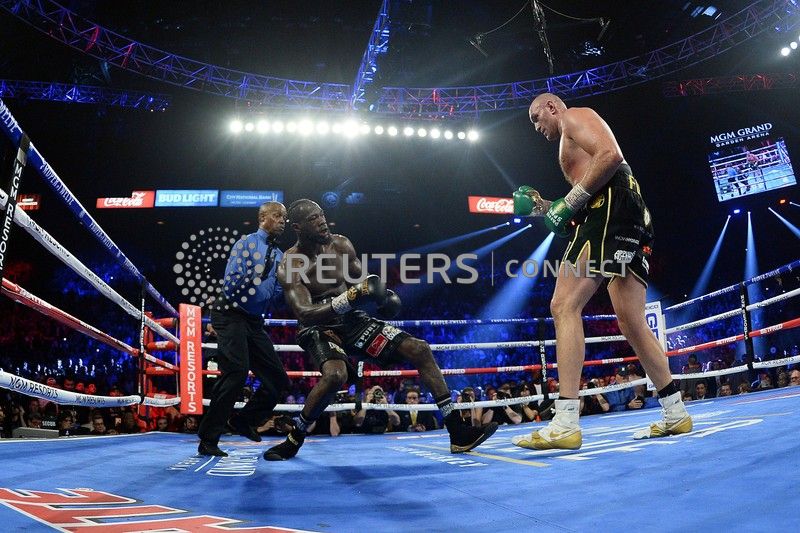 ‘Don’t get your ears punched’

Mike Tyson said everybody has a game plan until you get punched on the face.

So did Wilder until Tyson Fury punched his left ear.

Wilder can still knock Tyson Fury out for good if he can land his punch on Fury’s jaw.

Only advice I would give Wilder is to build up your legs and don’t get your ears punched.

We learn from the article ‘The secret offshore world of the Kenyatta family’ in Africa Is a Country 10/10/21 that “The Pandora Papers connects Kenya’s ruling family to secret accounts in offshore companies and tax havens.

But, state looting started with Jomo Kenyatta, Kenya’s first post-independence head of State and patriach of the Kenyatta family”.

A Kenyan neighbour here in Sydney told me that the ruling family’s looting was common knowledge in Kenya.

Now I can understand why some people have asked in their letters to The Fiji Times if Fiji too features in the Pandora Papers.

I personally don’t think so but who knows. Rajend Naidu Sydney, Australia

A new 7s coach and a virtually new team

6 weeks before the new series begins.

It’s a very hard ask and a mammoth task,

for whoever is chosen to represent our nation.

As the new coach and management

and new boys to accompany our wizard,

if we come up with the goods in time

they will most truly be one of a kind.

So now we have to start from scratch,

to build a momentum that will be unmatched.

We will really have to hit the ground running,

if we want to end up winning.

Let’s put our hope and faith in the new team,

so that they can achieve the impossible dream. Edward Blakelock Admiral Circle, Pacific Harbour

Rugby has taken great strides, and through this sport, Fiji is ranked high in the sporting arena.

This year, the national men’s and women’s 7s teams did the nation and Fijians proud by winning gold and bronze medals in Tokyo.

After the success in Tokyo, focus will now shift to the HSBC WRSS circuit which kicks off next month in Dubai. With the non-availability of Gareth Baber, who gave Fijians many reasons to smile, I’m sure FRU has a plan in place.

Captain Jerry Tuwai has a mammoth task on his plate, as he assists the team’s preparation. On the other hand, South Africa showed it meant business after winning the Vancouver and Edmonton 7s tournaments, and Fiji has an uphill battle next month.

I thank Gareth Baber for his input as our coach, and for guiding us to back to back five tournaments in a row win on the circuit, and the Olympics gold.

Gareth will be missed by fans just as we missed Ben Ryan, but it’s important to respect his decision. All the best lion-heart!

Give it to Jerry

I believe Ben Ryan was England 7s team coach and wasn’t a very successful coach. He came to Fiji and won the first Olympic gold medal for Fiji in the Olympics and left.

Gareth Baber came and did the same and left. Fiji has the best lot of 7s players so it really doesn’t matter who the coach is.

I think Jan Nissar is right, the 7s coaches come to Fiji just to make a name for themselves. Just give the coaching job to Jerry Tuwai.

He has the best qualifications, two Olympic gold medals in 7s and my recommendation. Sukha Singh Labasa

“The most important gift you can ever give to anyone is to say thank you.Because that is what you tell God, thank you.”

Coming out of solar inactivity, our Sun now enters the 25th cycle of activity,

as part of a never ending solar cycle affecting our earth in ways that are vital.

As the sun wakes up from years of slumber, it may cause breakdowns to some of our infrastructure,

as well as everything from commerce to agriculture and even fisheries and aquaculture.

As it comes out of its hibernation, there may be disruptions to global communications and with the increase in solar activity,

there may be blackouts in our grids of electricity.

More floods, droughts and cyclones may occur, as well as other forms of natural disasters.

This increased activity for us may not be good, but what should really be understood,

is that it has nothing to do with carbon emissions, as some would most likely conclude and determine,

to cause our climate change, when it is really about a never-ending solar cycle change.

Its a never-ending story, which we really need to adapt to very quickly, so that we won’t be later very sorry. Edward Blakelock Admiral Circle, Pacific Harbour

Colin Deoki (FT16/10) has generously shared with us that his father Andrew Deoki who was Attorney-General in Ratu Mara’s Alliance government told him in 1981 about “forces afoot looking to destabilise the country” and “the distinct possibility of widespread violence and chaos”.

Some of my own family who were ordinary citizens left Fiji for greener pastures in the early ’70s after witnessing what had happened in Uganda following military general Idi Amin’s takeover.

They said it was just a matter of time before something along similar lines happened in Fiji.

I left after the fourth coup when it became one coup too many for a small Pacific Island nation.

Let’s hope lessons have been learned on how damaging the coup culture has been for our beautiful country. Rajend Naidu Sydney, Australia

I appreciate the views of IR consultant penned in dailies recently.

It is very much evident and I concur that HR should first examine that the terms and conditions of employment is aligned with relevant employment laws.

Employers should not impose conditions which are unilateral and contradictory.

More so, the existing policies including Collective Agreement to be upheld.

These documents are the framework for parties to deal with IR matters without distinction whatsoever. No discrimination on fundamental rights.

The employment relationship to be harmonious, the grievance process is to be managed effectively with due diligence.

There can be conflicts but it should be resolved amicably in good faith and spirit to minimise the referral to other port of calls for adjudication.

I agree that there is no purpose in keeping the best policies if not managed with justification of fair labour practices. Now, it has been noted that many organisations where trade union is representing their members are violating the fundamental workers’ rights.

The complete disregard of social dialogue, consultation, adherence to CA and labour laws are areas of challenge for many.

Hope the due diligence and good sense will prevail so both workers and the organisation prosper with minimal disputes. Rouhit Karan Singh President – FLGOA