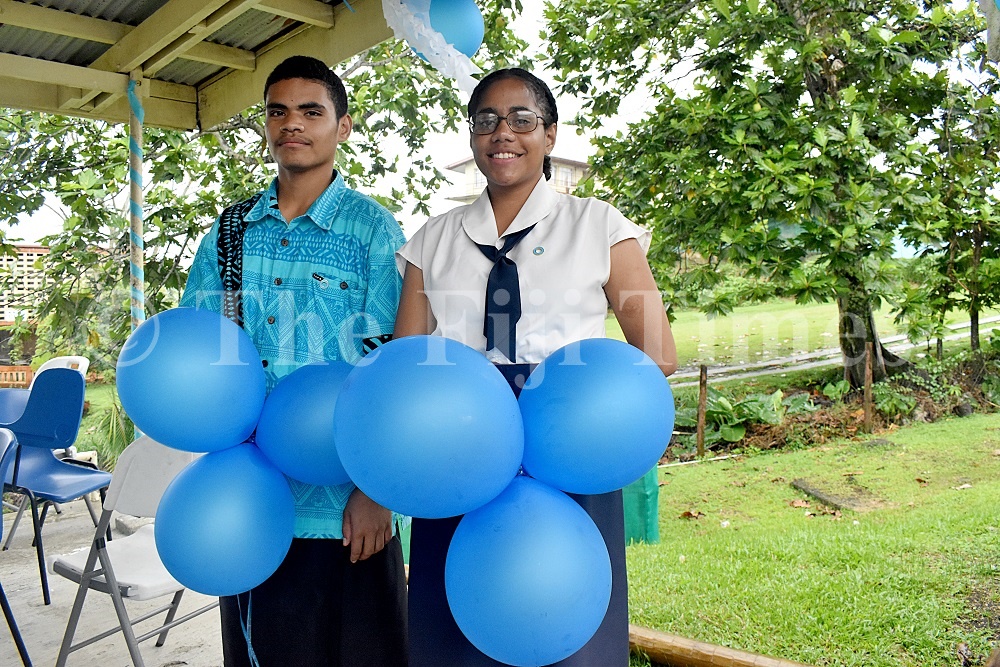 Thank you Mere Radinibaravi for the exceptional piece in this week’s Kaila! newspaper titled ‘World diabetes month’. The story of Gloria Tuiveibose and Nathan Cokanauto, who are type 1 diabetes champs and members of Young Diabetes Fiji, touched hearts, and I urge Fijians to look after their health and prevent themselves from diabetes. It is very simple. Eat the right food. Exercise daily. Take enough rest. On world diabetes month, it is important for policy-makers to increase awareness on diabetes to help improve lives of people living with diabetes. Understanding diabetes is the first step towards managing and preventing it. It is important to help people with diabetes and those who care for them to make informed decisions about their condition. Reducing the rate of diabetes should be an utmost priority. Rajnesh Ishwar Lingam Nadawa, Nasinu

The way Jan Nissar of NSW goes on (FT 19/11 ) one could easily be led to believe if some other people come to run the country the sky will fall down on the heads of the Fijian people and the Earth will part. Of course it’s utter nonsense. The country was run reasonably well before the FijiFirst government and it will be run reasonably well after the FijiFirst government ceases to be in power. Every intelligent person knows that. Only Jan Nissar doesn’t. And we all know why? Rajend Naidu Sydney, Australia

While going through news on a daily basis, it is felt that this election season is intense in Fiji. Many are still not certain where their future lies. The finger-pointing, derogatory remarks, fear, instability, people’s rights, race cards, inciting, inclusiveness are some of the subjects of interest that are put on debate. Down the lane, it was highlighted that the cyclone season is here. Oh no God, not this time or not before December 14, 2022. Though many say seasons don’t matter, to some election and cyclone season matters in Fiji. Keeping my fingers crossed. Secure your vote and your assets for a better future. The choice is yours. Don’t blame the season. Rouhit Karan Singh Lautoka

I wish to respond to Dr Neelesh Gounder’s comments on the front page of Saturday (FT: 19/11/22). I fully concur with you, good doctor. Who wants instability. But you need not worry doctor because 234 not only offers but guarantees stability as has been proven for the past 16 years. Unfortunately, you have jumped the gun or let me say put the cart before the horse. Let us get to the bridge before we cross it. Tarun Tikaram Lami

I wonder how many political campaigners/ political parties will tread on the Natewa/Tunuloa side. Their four-wheel vehicles cannot run there neither to go on foot. Hiring local punts is a possibility to reach the village communities. Why are we left behind? Is the Suva/Nadi proposed short-cut a need or a want? There is already an existing coastal highway in Viti Levu, that links villages and hotels let alone by air and ships executed by great statesmen of previous governments. Come to our shores please to see for yourselves. Jioji O Toronibau Navetau, Tunuloa

Since we counting down to Election, apart from the FijiFirst party who will not participate in any leaders debate according to their party general secretary a few weeks ago, can the other eight political party leaders and two independent candidates engage in some kind of debate leading up to the election? This is the only way and time to show us Fijians why we should vote for your party? But FFP is welcome to join should they decide to change their mind! Jioji M Cakacaka Tadra-Votualevu, Nadi

It is ironic that over half a century after independence, a senior university academic has to remind everyone how democracy works and how vital the peaceful transfer of power is for Fiji’s economy and society (FT 19/11). It just shows Fiji still lacks the political maturity that independence was meant to bestow on the country’s leadership. That’s a crying shame. Rajend Naidu Sydney, Australia

How would things unfold if the FijiFirst party was to end up in the opposition after the upcoming General Election? Mohammed Imraz Janif Natabua, Lautoka

Should a new government come into power after December 14, there’ll be a mountain of clean up to do and so many things to undo. COLIN DEOKI, Australia

Ajay Bhai Amrit’s analysis of the phenomenon of ‘Hanging onto power’ (FT 19/11) is very illuminating. He correctly cites the example of Putin and Mugabe. But history is replete with examples of many more. See Ian Schott’s book World Famous Dictators – The Inside Stories of History’s Most Savage and Powerful Rulers (1992) for elaboration. I believe political leaders who hang onto power are the type who are preoccupied with one thing: serving themselves regardless of what becomes of their country and their people. Ajay Bhai Amrit captures that quite succinctly in his article. Rajend Naidu Sydney

Hassan Khan’s concern on “55 a very early retirement” making headlines in The Fiji Times is a serious matter for all of us, for the fear of job losses when we are about to reach the age of 55, to realise we still have lots of commitments ith the ever-rising cost of living. I recall some time ago, the compulsory retirement age changed from 60 to 55 and later back to 60, and now it is 55 again with changes of regulations under different administrations. At times the reasons given by the authorities were to recruit better and younger qualified workers into the job markets. Many “old timers” at the age of 55 had to move out to accommodate the new ones. However, some as old as 70 are still at work, well compared with their younger counterparts, and may be justified under different categories. I feel there should be some sort of assessment to screen out if a worker is physically and mentally healthy with fitness to remain in the job market, similar to the driving test at the age of 70, to continue with the approval from medical authorities. Early retirement at the age of 55 makes a world of difference if you are aiming for a healthy, wealthy and stress-free, normal and happy life. We can make a living with a normal life with our well-deserved pensions if we remain in our jobs beyond the age of 60. Retire gracefully and live longer. God bless us all. Tahir Ali Hamilton, New Zealand

Of the 55 approved candidates for PAP and 54 candidates for SODELPA, I believe only six in each party are from other ethnic groups. I presume the leaders of both parties must be extremely proud of their line-up and the fact that they achieved such a small level of diversity and unrepresentativeness in their candidates. I guess it is “their country” after all. I will not mention gender balance, or should I say imbalance. But why am I the only one raising this issue? Is it because all the others just cannot wait to vote for these parties and have become blind to these issues or is it because this is just how it is in paradise? Perhaps these people are just too busy chasing their egos as their first priority that they have forgotten about inclusiveness. Whatever it may be, it is pathetic all the same. Jan Nissar NSW Australia

I believe it’s imbedded in most people’s minds despite the apology issued. The matter going viral is no help. Dan Urai Lautoka

Both the Mt St Mary’s and Mountain View traffic lights are poorly timed which is causing a big problem to the commuters on a daily basis. I have noticed that the green time for the highway traffic  is too limited. As a result traffic builds up unnecessarily. I have also noticed that although there were no traffic turning in or exiting, the highway traffic would still be held up. Thankfully Namaka Police at times are there to assist but only briefly. This was not a permanent solution. I don’t know what FRA thinks of this issue. Thank you SURESH CHAND Nadi

WELL, it’s that time of the year again where the cane farms are looking clean after this year’s fresh harvest coming to a fruitful end. The cane cutters are having gang parties and have already started hanging up their gloves and knives for this season and some may have already started looking for other alternatives to make ends meet. With this, all the FSC trucks are now arriving back at their garaging stations to be parked for later use, come the next crushing season which lies a good half a year away. Maybe FSC should take a step back and take a note of this lesson on display by the cane cutters. While the trucks are parked, we see a lot of infrastructure works going on all over the country especially with the jolly season bearing two fruits, the much anticipated election of 2022 and needless to say the Christmas holidays. I believe that it would only make sense to engage these trucks in these projects so they can earn rather than just collecting rust and incurring maintenance while being parked outside, exposed to the elements. Road contracts have massive requirements for trucks for cartage during road maintenance. Water Authority can also capitalise on this opportunity along with South Pacific Fertilizers for distribution of fertilizers. I believe that with nearly 100 trucks, FSC is now one of the largest fleet operators in the country. They can make this equation sweeter, without using sugar! This will also provide much needed employment for nearly 100 drivers who were previously hired on a seasonal basis during the crushing season. Time to go sugarfree, maybe? RAMNEEL KUMAR Ba

THE elections is like a lottery you buy (vote) and hope your choice wins. The prize – “your future”. ALLEN LOCKINGTON Kava Place, Lautoka