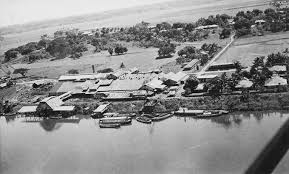 The first Indians in Fiji

May 14 marks the 141st year when the first ship Leonidas arrived in Levuka with 463 indentured labours.

Since then 42 ships made 87 voyages to Fiji and transported about 60,500 labourers from India to Fiji.

The sailing ships took, on average, 73 days for the trip while steamers took 30 days.

Late in the evening of May 14, 1879, the ship Leonidas arrived at the port of Levuka but failed to make the harbour due to the adverse weather.

The strong south easterly trade wind can be sometimes very unforgiving that blows across the Koro Sea, creating huge swells that can at times last for days.

But with the help of a pilot boat the next day, it finally entered the Levuka passage surrounded by the sharp coral reefs but was not allowed to berth at the wharf as the ship was in a pest stricken condition and there was some fear that the administrators thought could affect the local population.

The Leonidas then sailed towards the north leeward side looking for a safe anchorage, passed Vagadaci and when off Waitovu through some miscalculation due to the low tide by the skipper was stranded on the reef.

The ship was finally refloated when the tide came in and dropped anchor in Waitovu passage which was about two miles from the shoreline.

The ship was also replenished with stocks and the document changed hands by using a constructed floating platform off the Waitovu Village towards the outer reef.

The stocks were left on the platform and later picked up by the crew of the Leonidas after the supply boat left to prevent the illness reaching the land.

This practice went on until a quarantine station was built in Yanucalailai Island and three days later all the migrants were transferred to the new depot.

In order to prevent any communication and contact with the people of Waitovu, the police set up surveillance from a safe distance throughout the night.

It is also said that there were strange noises coming from the ship as it had two buffalos on board and amused the villagers.

Just imagine the excitement, ebullient and the fear that the Waitovu and the Vuma villagers experienced on the sight of a huge tall sailing ship with strange people anchored at their doorsteps.

This magnificent ship spent a total of 12 days in anchorage in the placid Waitovu waters and left Levuka and never returned to Fiji again.

The indentured labour system continued until 1916.

The above is the abstract of the history that we learned in schools covering only the influence of the British in Fiji.

However, it is also noted in history that the Indians arrived in Fiji much earlier than that.

As early as 1874, five years before the introduction of the indentured system, one of Fiji’s commercial cane venture, the Rewa Plantation Sugar Company was being established with the help of the Indian labourers from Mauritius at Uluicalia in Nausori.

The steamer SS City of Melbourne brought in the workers who initiated the construction of the first mill.

Again it was noted that in the early 1874, four years before the girmit started, 31 South Indian labourers were brought in from the French colony of New Caledonia to work on farms in Tavenui.

These 31 Indian labourers had earlier served on the farms in Reunion Island.

The other non-indentured workers who preceded Sir Gordon’s arrival in Fiji worked as cooks and domestic servants in the white settlements in Levuka (source: Colonial Lives across the British Emperor).

This crucial and imperative is missing from our school history books and the current details only give information of the early nation formation from the perspective and the panorama of the British eyes.

According to my fellow Sydneysider Jan Nissar, “There are unfounded concerns that people do not have freedom of speech in Fiji” (FT 16/05 ).

I personally prefer to go by what experts like Reporters Without Borders, who compile the World Press Freedom Index, say about the current state of freedom of speech and free press in the country.

While some parts are showing improvements and the danger of recurrence remains, will we ever accurately know how many died from COVID-19?

I would like to congratulate my good friend and mentor Allen Lockington in his new role as the vice president of the Lautoka Ratepayers and Residents Association.

I am sure this is a feather in the cap for Allen and his group for the charity work they are involved around in Lautoka.

Could the British High Commissioner find out why they needed so many labourers?

I would also like to know when the first lot of police were brought to Fiji.

I think my grandfather Hari Singh was the first police sergeant and JP in Fiji.

It came as a bolt of good news that residents of Bayview Heights (an affluent Suva suburb) have formed a Bayview Council which they have dubbed as “Beehive”.

Essentially, this is a neighbourhood watch scheme on a sophisticated basis.

A viber group has been devised to keep a watch and help each other.

Thus creating close camaraderie and civic pride in the community.

They have achieved some stunning results to beat the crime in the area.

The second good news is that the Suva City Council will build three mini markets: Flagstaff, Raiwaqa and Mead Rd.

These areas are densely populated and urgently need this upgrade from the current ad hoc arrangement on road reserves.

They look ugly and unhygienic.

The new mini markets will have modern toilet facilities for the vendors and the public.

Thank you master movers of Bayview Heights’ “Beehive” group and the Suva City Council for your futuristic vision.

It is overwhelming to go back in time and reminisce some facets of life of our beloved nation.

Many would bring our negativity and harsh feelings against this virus, but our fellow Fijians have brought positivity in a way to help one another in our roller-coaster ride called COVID 19.

Hats off to the amazing people that came up with sharing items that definitely suit an individual or another and vice versa.

Being a member of “Barter for better Fiji” makes my heart sigh to see people are worth melting for.

We Fijians can go through all hurdles and happiness together and there cannot be a better resemblance than the one on this Facebook page.

Together we can make a better Fiji for a Barter Fiji like the olden days and ways.

To those amazing people who have traded amid these tough times, may God bless you in abundance and bring out more goodness in you for helping to make our nation a better supportive team.

Our people have proved that we are not just spectators, but wonderful people who are striving towards a carefree Fiji.