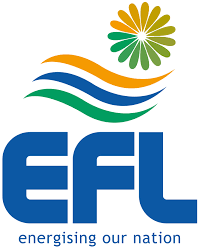 READING your article on $100m loss for EFL, I could not help but notice the CEO’s comments on EFL as if it was his company.

I believe unless he was the founding father of EFL in Fiji, then he can probably refer to EFL as his own.

There may be some sense of ownership in using “I” and “my” but EFL or any organisation for that matter is bigger than one person and it’s always a team effort.

IF you’ve been a seeker of alternative cures for any length of time, I’m sure you’ve come across many “secret health information” books that claim to have the cure for everything – from cancer to AIDS, heart disease, arthritis, diabetes, asthma, emphysema … to every health condition in existence.

You may already have discovered — to your dismay — that those books containing a compilation of so-called “miracle cures” seldom live up to their claims and promises.

While some of the books do offer honest but misguided information, some are deliberately deceptive.

They often make misleading promises that might prove to be more dangerous than beneficial to those who are suffering from pain and disease.

The two most important questions you have to ask in order to determine if an alternative “cure” really is a bona fide cure are the following: Are the therapeutic claims based on verifiable scientific research or mere anecdotes and folklore?

Have there been a significant number of cases cured by the alternative treatments presented?

The good news is … there definitely are alternative treatment options available — real cures that successfully treat every disease in existence.

And your doctor has probably never heard of them!

And yet such alternative treatments and medical breakthroughs are well documented in highly respected scientific research institutions and publications.

I’m sure you’re asking yourself if these discoveries are indeed such amazing “breakthroughs” that really cure diseases, alleviate suffering and even prevent death, why haven’t you heard about them in the news, or from your doctor?

I believe most doctors don’t know these medical breakthroughs even exist.

That’s because alternative and unconventional healing modalities are not taught in medical school.

And the average doctor is unable to keep abreast of all the new alternative treatments that are constantly being developed.

But the main reason you never hear about these discoveries is I believe because the pharmaceutical and medical industries are deliberately trying to suppress the dissemination of information regarding these breakthroughs.

I believe they’re trying to protect their financial interests and, as such, they have to propagate the myth that “drugs and conventional medicine are the only way to cure disease”.

Obviously, the pharmaceutical and medical industries have more to gain when people are sick than when they’re well.

Because of the trillion-dollar revenues they make from drugs, I believe there’s no incentive for them to promote better health.

Therefore, I believe they manufacture drugs that only alleviate the symptoms and sometimes the pain of disease, but do not cure disease.

There’s one thing for certain: If an alternative treatment poses a threat to the earnings of the pharmaceutical and medical industries, I believe no amount of time, effort, and expense will be spared to keep the public from knowing about it.