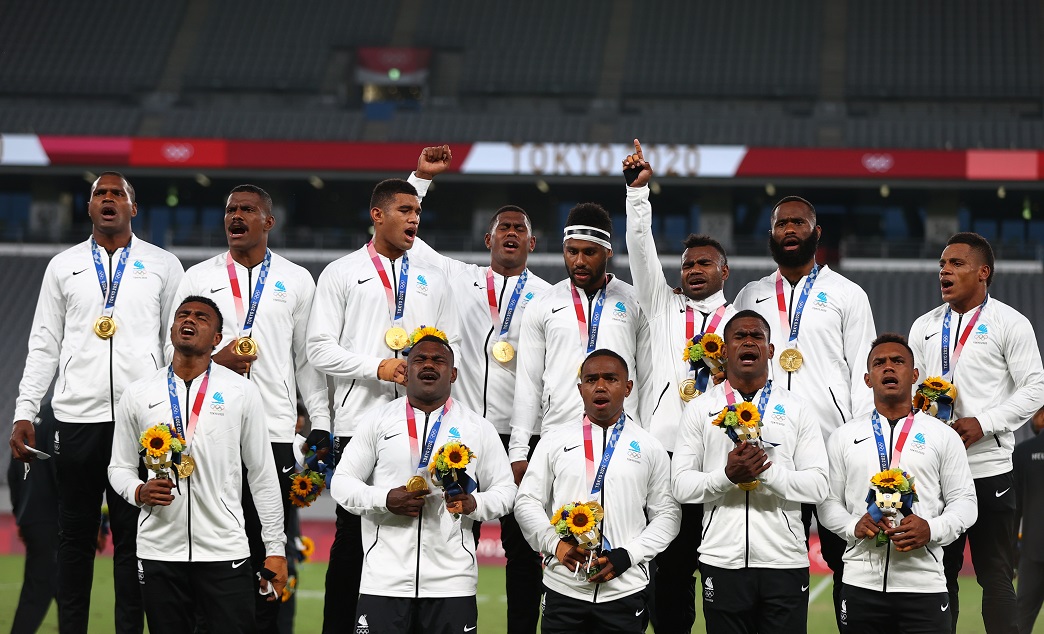 Someone called him “Mr No Body” that often lamented the abbreviated 7s rugby as Mickey Mouse game. But it is recognised in the World Cup, Commonwealth Games and ultimately is an Olympics sport by sports greats. Now, a great sport! Jioji O. Toronibau Labasa

From the coverage by the media, it can be seen that residents in many towns and cities are creating new illegal dumping sites on a daily basis. With so much education and awareness on proper disposal of waste, people are reluctant to change their attitude. Some are least bothered despite several reminders and when issued with fines, are there to create unnecessary noise to justify their positions. We all want to live in better and cleaner Fiji. It is our civic and environment pride that will determine our health conditions. The responsibility to keep our lives free from environment and health related diseases lies in ourselves. Let’s work together and change our attitude for a better and cleaner Fiji. Dispose and manage our waste properly. We all can do that! Rouhit Karan Singh Lautoka

When the event begins, I would like to highlight the issue road safety. Currently our roads have become too dangerous for young children, especially during this event. Lots of horrible things might happen during the games and I would like to advice all people to think twice before taking out your child to watch. Take care. KELEPI DAKUIYACO Waikalou, Serua

During my recent trip to Phuket, we went on an island-hopping trip. To my pleasant surprise one of the islands we stopped at for lunch was Koh Panyee. I had read about the settlement on this island and have seen documentaries on it and its famous floating football pitch — on which I had the privilege to kick a football around with some local children. There are numerous YouTube videos on this island. About 2000 people live on this island built entirely on stilts. With my curious mind I asked a local lady where the electricity came from, and I was advised that it came via underground cable from the mainland. The water came mostly from a freshwater well. I further asked what happened to the sewage and the old lady said it went directly into the sea. Before I could squirm, she said with bright eyes and wide-open arms and a big smile “We get very big fish here!”. I asked about the tsunami and was told that the waves just went past and did not affect the island at all as it is in the middle of the ocean. Thank goodness. And yes, the Thai fish curry I had on the island was the best I ever had. Jan Nissar NSW, Australia

STILL there is a writer from Australia who time and again comes up with same boring comments about manifestos from the Opposition parties. I have written two letters earlier in The Fiji Times requesting the Opposition parties to totally ignore the manifesto issues in this year’s general election. I am glad that two more writers Swastika Devi of Narere, Nasinu and Ravind Chandra of Labasa added their views on this particular issue in yesterday’s The Fiji Times (13/08). I sincerely hope that this stubborn writer from abroad will stop writing such meaningless articles. VIJAY MAHARAJ Navua

It would be helpful if three to four months after being selected to work in Australia another round of interviews are taken where workers can update people of the condition they have been exposed to in the new work environment. Dan Urai Lautoka

Jan Nissar of NSW tells us “I do agree that the weight of my opinions bring some balance to this paper” ( FT 13/8 ). I don’t know where he got that idea from? Has he heard the saying: self-praise is no recommendation? The Fiji Times — Fiji’s number one newspaper — does not need Jan Nissar’s “opinions” to get balance in its paper. I believe Jan Nissar’s “opinions” are FijiFirst propaganda, pure and simple, and The Fiji Times readers are well aware where the NSW man’s coming from. He fools nobody with his “opinions”. RAJEND NAIDU Sydney, Australia

THE unserviceabilityof the traffic lights at the above location is an ongoing issue. Could the FRA please advise what is the root cause of why the lights can’t be fixed in a timely manner? Who was the successful tenderer to supply and install the lights and wasn’t there a requirement for ready availability of critical spare parts? The traffic lights at the Nadi market is another issue which FRA must be wishing be forgotten. If the lights can’t be made operational, at least mitigate the hazard by marking the roads with paint. As it is, no one knows who should stop and who should cross. Road courtesy is something that some arrogant drivers with heavily tinted windows don’t follow at all. AJAI KUMAR Nadi

The picture of Manoa Tamanikaira with the certificate “Workshop For Caregivers & Carers Of Stroke Persons” in The Fiji Times (FT 6/8) has a lot of messages with awareness on taking care of stroke victims and elders. This will help us to understand the need of such victims with care for elder people if they need a lot of care at this stage. As this workshop was specifically for stroke persons, certificates will also help the participants for caregiving jobs abroad. Let’s hope the medical authorities will continue with such courses as a lifetime asset, caring for our loved ones and earning a decent living. Learning to care for stroke persons is a blessing. Tahir Ali Hamilton, New Zealand

Can someone be good enough to pass a copy of “National Media Reporting Of The 2018 Fijian General Elections” to Jan Nissar of NSW to help remove the cobweb from his head? The report authors Dr Shailendra Singh and Nilesh Lal inform us that four media organisations — Fiji Sun, FBC, Fiji Television Ltd and Communications Fiji Ltd gave more exposure to incumbent FijiFirst. The Fiji Times was the only exception. The report should help Jan Nissar acquire a more balanced and educated perspective on how the various media organisations have been reporting in post coup Fiji. But I wouldn’t bet on it. Rajend Naidu Sydney, Australia

The current 10 days hunting competition, for the invasive and massive, Burmese python, in Miami Florida, ( FT 11/ 08 ) involving over 800 hunters, with the incentive of cash prizes, should in my view, be replicated and done here, so as to capture the Giant Invasive Iguana (GII) We need to take such drastic culling measures, if we want to eradicate, this unwanted and dangerous invasive species, while also providing cash incentives, to our people to hunt and capture it. We are already at a disadvantage, because this species has already multiplied, exponentially, in Qamea, Matagi and Taveuni. I don’t know whether the individual who illegally released it, in 2000, has been taken to task. That should have really been the first thing, on the list. Edward Blakelock Admiral Circle, Pacific Harbour

I feel politicians are taking advantage of the election date yet to be released. The voters seem to be confused who to vote for as they follow the campaigns of various politicians with lots of promises. The voters should also consider the reporting of the news media that publish balanced reports on the same before finally making a decision to vote for the right person with proven records and abilities. They should know what they are talking about to convince the voters. After listening to a politician’s speech for an hour, he went outside for a breath of fresh air. “Is he still talking?” asked his friend outside. “Yes.” “What’s he talking about?” “He didn’t say.” “Listen to understand, rather than listen to respond.” – Barack Obama Tahir Ali Hamilton, New Zealand