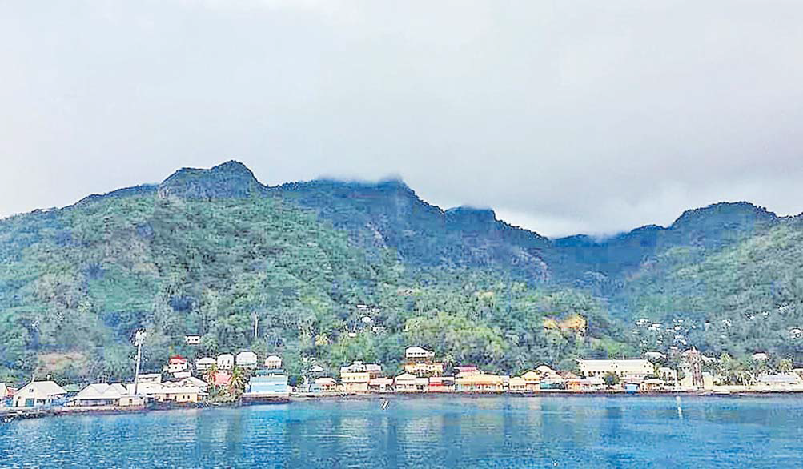 I am happy that a government minister visited Ovalau and the Old Capital to see the sinkholes and potholes on the roads.

My government cares and visited to see the issues faced by its people after so many letters in The Fiji Times by concerned citizens.

I am sure the roads and other issues that were recently highlighted would be a thing of the past soon. Vinaka my government. Narayan Reddy, Lautoka

What kind of policing is that? Is it the role of the police in a democracy to mete out punishment to a citizen for breaking the law?

I suppose when you have a national leader who has scant regard for the norms of democratic governance, that filters downwards to other state officials and manifests in the way they conduct themselves.

That is the tragedy of the Philippines. I felt awfully sad when I read this news of the tragic death of Penavedondo.

I can only imagine how the man’s loved ones must feel. Rajend Naidu Sydney, Australia

If easy access to a party manifesto is indicative of the priority a party attaches to communicating their ethos to the general public, then I believe the two major parties in FijiFirst and SODELPA are in a way telling the public that it does not matter what they stand for, just vote us.

I have tried Google and can only access websites for NFP and Unity Fiji where I was able to download and read their 2018 manifestos.

I believe SODELPA and FijiFirst do not seem to have any website, let alone manifestos to download. I stand ready to be corrected. What caught my attention in the NFP manifesto was their commitment for the first 100 days where they will abolish ministerial motorcades, do away with police escorts and not claim priority on the roads.

For the Unity Fiji manifesto, prioritise utilisation of local talent and only look overseas when there is none locally; a common sense approach which seems to be quite removed from the current one.

However, I note that what both manifestos did not hold out is a temporary moratorium on importation of cheap vehicles which has contributed to the accelerated congestion state in a short span of time.

The accelerated increase of imported vehicles is due to duty concessions (and dare I say, aided by soft bank loans) which was identified in the February 14, 2020 Performance Audit on Management of Traffic Congestion Report by the Auditor-General to Parliament and Parliamentary Paper No 11 of 2020.

It will augur well for the two major parties to facilitate public access to their manifestos. Mareko Vuli Wainibuku Rd, Nakasi

I believe rugby is rated and ranked the highest among all sports in Fiji. I won’t know whether soccer comes second or even below that.

But after watching the other week’s boxing program in the West, I believe it will displace soccer. It was a delight to watch with huge crowd support. I salute the organisers including Freddy, Mostafa Khattab and Usman Ali.

I congratulate all the boxers involved and the officials. Next time please bring it live on TV. I urge you guys to bring it to the North. Please Fiji FA, learn from these guys. Just look closely at the amount of untapped talents in Fiji. Final warning to Fiji FA.

Forget about the world ranking. Do you know where you are ranked among all sports in Fiji? Call me on 9955178 if you don’t know the answer please. Sharif Shah Savusavu

Do the facts support the adverse findings of the US State Department report on the human rights situation in Fiji?

My guess is it does. But I left Fiji just after the 2006 military coup so I could be wrong. My view is based on what is already in the public domain.

I recall sociology and criminal justice professor Mensah Adinkrah (when he was with USP) wrote a whole book on crime in Fiji mostly from reports in The Fiji Times and other material in the public domain.

But I am sure there are people in Fiji, not necessarily in government or the human rights commission, who are well placed to tell us how accurate or inaccurate the US report is. Rajend Naidu Sydney, Australia

To commemorate and celebrate his life, and in thanksgiving to the Lord our God, I believe it is fitting and proper for the FijiFirst Government, via the Fiji Council of Churches, hold an open air memorial service for the fallen Duke of Edinburgh. Ronnie Chang Martintar, Nadi

I think pocket size relative to rising cost of living is an ideal indicator that some are getting richer while the remaining poorer. Mohammed Imraz Janif Natabua, Lautoka

I can speak for the writers you mentioned Navneen Dutt…. thank you.

Thank you from all of us. God bless you. Allen Lockington Kava Place, Lautoka

Will it be morally right to tax businesses so that the money generated could be used to help those most affected by the COVID-19 crisis? Pranil Ram Votualevu, Nadi