Letters to the Editor – September 20 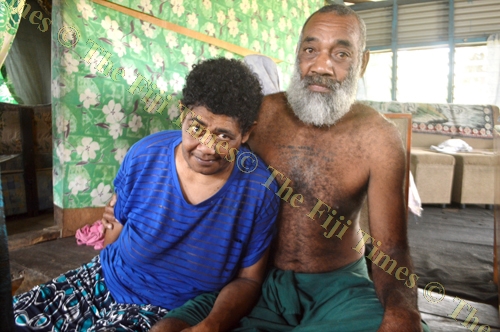 Water woes
THE Fiji Times on Wednesday (19/09) thoroughly covered stories on water woes in the village of Galoa in Lekutu, Bua and the tales were indeed inciting. First and foremost, the villagers worked hard to raise $28,000 as their contribution to Government in order for them to have access to drinking water — a project that was officially opened in 2013 which raised the hope of the people in Galoa that their water woes would now end since now they had pipes connecting them to mainland. According to their source, two months after the official opening of their water project, the pipe broke midway between the island and the mainland and since 2013, on top of their $28,000 contribution, the villagers have spent more than $5000 employing their own divers to continue fixing the underwater piping system. Secondly, the people of Galoa have raised their issue with PM Voreqe Bainimarama during his visit to the island in July after which the PM ordered officials to resolve the problem immediately, however, three months have come and gone still nothing has been done about it. Now the prolonged dry spell is taking its toll on the villagers and it is indeed shocking to know that boarders of Galoa Island Primary School in Lekutu have resorted to bathing in seawater or in a slimey green pool to cope with the water scarcity on the island. I would like to again raise the plight of the people of Galoa Island in Bua with the PM and his Government to take into serious consideration the people’s concerns regarding the matter, for they have contributed so much for their water project only to be met with a delusion of an improper implementation that did not last long which dashes their hope that their water woes would end. KOSITATINO TIKOMAIBOLATAGANE Vuninokonoko Rd, Navua

Teachers’ job test
TEACHERS did a job test for medium level school head positions during the school holidays. Different groups of candidates sat for the test on different days and the question paper was the same. Is the job test valid? What is the guarantee questions were not disclosed? Where couples were selected, they did the test on separate days, isn’t there opportunity for them to advise their respective spouses of the questions? Should the same paper be used on the assumption that questions will not be disclosed? There may be other criteria of interview but if a criteria is not valid, it simply is not valid. In such a case, aren’t some candidates benefiting while others are being victimised? A test is a test, whether done by teachers or students. The proper way is one paper at one time only and nothing else. However, if this system is right, then can we have students sit for the same external exam papers on separate days? No compassionate or aggregate pass required. Food for thought for the education system. It is my humble plea to the Minister for Education to better control the system. SANJANA MALA Nausori

Job recruitment
A NEPHEW of mine was shortlisted for a vacancy with a government ministry. The shortlisting took over a month or so and then it took another month before he was called for an interview. He had prepared well and was very much looking forward for the opportunity . Seven other candidates were shortlisted and they all came prepared and were waiting for this big day. While they were waiting to be called in, an officer came out and told them that there had been a mistake and the position was wrongly advertised. All were sent home. The frustration and the disappointment of the applicants can never be expressed. This is very unprofessional of the HR team of that government ministry. It might have happened before and it has happened this time and I believe it’s bound to happen in the future unless the ministry responsible put their acts together. TOMASI BOGINISO Nasinu

Rubbish from festival
I WENT past the festival part of Churchill Park and was shocked to see rubbish strewn all over the place. I saw rubbish that had blown towards the government quarters on Verona St. I am told that this happens each time festivals happen — paper is blown on to Verona St and into the government officers’ compounds. A relative lives in one of them and she said they just lived with it, each time they cleaned the yard, rubbish was blown into the yard again. So they just wait for the end of the festival and do a good clean-up. Sad situation because we are the chair of COP23 and I hope the Lautoka City Council and its contractors do a better job. MERE LAGILAGI Lovu, Lautoka

Political power
PROFESSOR Cheryl Saunders of the University of Melbourne School of Law, in her guest lecture at USP in 2015, quoted a friend from Taiwan who said that a democratic transition cannot be said to be complete until political power had changed hands several times. With this in mind, we can recall that the present 2013 Fiji Constitution was fixed by military decree before the 2014 National Election and though now in place for merely five years, it has actually placed a government in power for as long as 12 years. This Constitution is now due for test and a change of political power by the choice of the people — without prejudice — will add considerable value to its effect whatever that may be. AKUILA YABAKI Suva

Stray dogs
THE number of stray dogs found in Fiji is a matter of concern for all citizens. Stray dogs are found in nearly all public places in Suva and Nausori and are mostly found to strip off garbage bags, polluting the environment. These dogs carry and transfer diseases to other animals and even human
beings, therefore it becomes a health hazard for all. I hope that relevant authorities look into the matter and try to find solutions to the problem. RAYNAV CHAND, Nakasi

Call by LTA
I NOTICE a call by the Land Transport Authority to report drivers who disobey road rules. Let me share an experience. I had a windscreen camera
some time back fitted to my car which recorded road traffic conditions ahead of me. The recordings were on a 24-hour loop. I recorded a driver for about 15 minutes and took my camera 0to a LTA office for them to download the footage. This they could not do because the USB ports on LTA computers were disabled at that time. I took my own laptop down and showed them the footage. They contacted me later to tell me who the driver was but not what had happened to him. I later contacted LTA head office and they gave me a code number to transfer the file to them, however, it was so big my internet provider declined to download it. I took the camera off in absolute frustration. ALLAN LOOSLEY, Tavua

Counting the costs
TUESDAY’S The Fiji Times revealed some worrying and shocking statistics. The Fiji Times not only reported that the rate of suicide was higher than the number of deaths on our roads, but it also revealed that 630 young people between the ages of 11 and 25 resorted to taking their lives from January 2011 to September 2018. Furthermore, what saddens me is that these suicide statistics involve professionals and students. The heading “Fiji losing youth to suicide” is sure to raise eyebrows and the need to dig deep and do some soul searching on what could be done to reduce the suicide rate in Fiji. Suicide should never be seen as the way out of a problem. In fact our youths should be encouraged to communicate and share issues or problems that they face and there is a need to stress the teaching of moral values in families, schools and communities. The reports are a timely reminder that suicide needs to be taken seriously. A big vinaka vakalevu to The Fiji Times for raising an important issue that needs to be addressed to save young lives. RAJNESH ISHWAR LINGAM Nadawa, Nasinu

Suicide prevention
I AGREE with Fergus Garrett that it is difficult to try and get those contemplating suicide to share their problems, so we need to be there to listen by our presence (FT 17/9). To add, please, if you are contemplating suicide, take a moment from all the problems driving you to make that exit call and just look at Jesus! If you are following brother Garrett’s advise, then please ask the friend contemplating suicide to take a look at Jesus! The Bible teaches that He is our Creator, who became a human being, lived a sinless life, so He can be the Lamb of God that takes away all the sins of humanity. Whatever we are facing that is driving us to commit suicide, He has carried them all and nailed with Him to the cross at Calvary 2000 years ago, so that we can all be set free. He loves us all so much that He is willing to die for us so that we could live, not only in this life but also in the coming eternal life. Whatever problems we are having, the Bible commands us to cast all our burdens on Him because He cares for all of us. First we must invite Jesus into our hearts and allow Him to transform us and empower us through His Spirit. You will be surprised that at this point, whatever that is driving you to suicide has miraculously disappeared, before you even cast it out on Him! So whatever problems that come our way, try Jesus, He never fails! SAVENACA VAKALIWALIWA Suva

Drought issue
LOOKING at the number of years we have been going through droughts, I see that we have management problems, not quantity problems. ALLEN LOCKINGTON Kava Place, Waiyavi Lautoka

Drua’s progress
THEY are doing well and deserve to be congratulated. We should try friendlies with some NZ Super Rugby teams to really gauge our development. DAN URAI Lautoka

Interest rate
I REFER to the article “Charge correct interest” by the Consumer Council of Fiji. The correct interest rate is 12 per cent per annum and they have received complaints that some money lenders charge 20 per cent per week. Has the Consumer Council of Fiji charged any moneylender for overcharging so far. I would be very grateful for a reply from the new CEO of the council. SUKHA SINGH Labasa

What’s next
WE had cyclone help, flood assistant, farm care assistance, M-PAiSA assistant, free bus fare, free school fees and I just found out that the new Sukanaivalu Rd market is free (no stall fees) to the vendors. I wonder what will be next. JOHN BROWN Drasa, Vitogo, Lautoka

Drug find
REFERRING to two articles in The Fiji Times on Wednesday Page 5. Both refers to Commissioner Qiliho. One quoted that bars of cocaine found were not for Fiji. The other quoted an increase in local meth use. No correlation? Seriously! MANOJ LAL PATEL Drasa Ave, Lautoka

Way forward
I ENJOYED reading Tui Rakuita’s opinion (FT 19/09, p12). He has encapsulated our political landscape which is refreshing to read. My summary after reading the piece, the Government is in disarray, and the main opposition is muddled by actions of the past. Solution: I believe instead of choosing between a rock and a hard place, choose a fresh new party to take Fiji forward. SAILOSI NAEWE Naduru Rd, Nausori

Water woes
IT’S a pity water woes in the North continues especially on Galoa Island in Lekutu, Bua. I believe they are spending a lot of money to access water despite the promise by authorities. Someone help! AMENATAVE YACONISAU Palm Drive, Delainavesi

War on drugs
LET’S accept the fact that the fight against hard drugs is getting very difficult for our police to handle. Does Fiji need another overseas expert to come and help in the hard drugs case. NARAYAN REDDY Lautoka