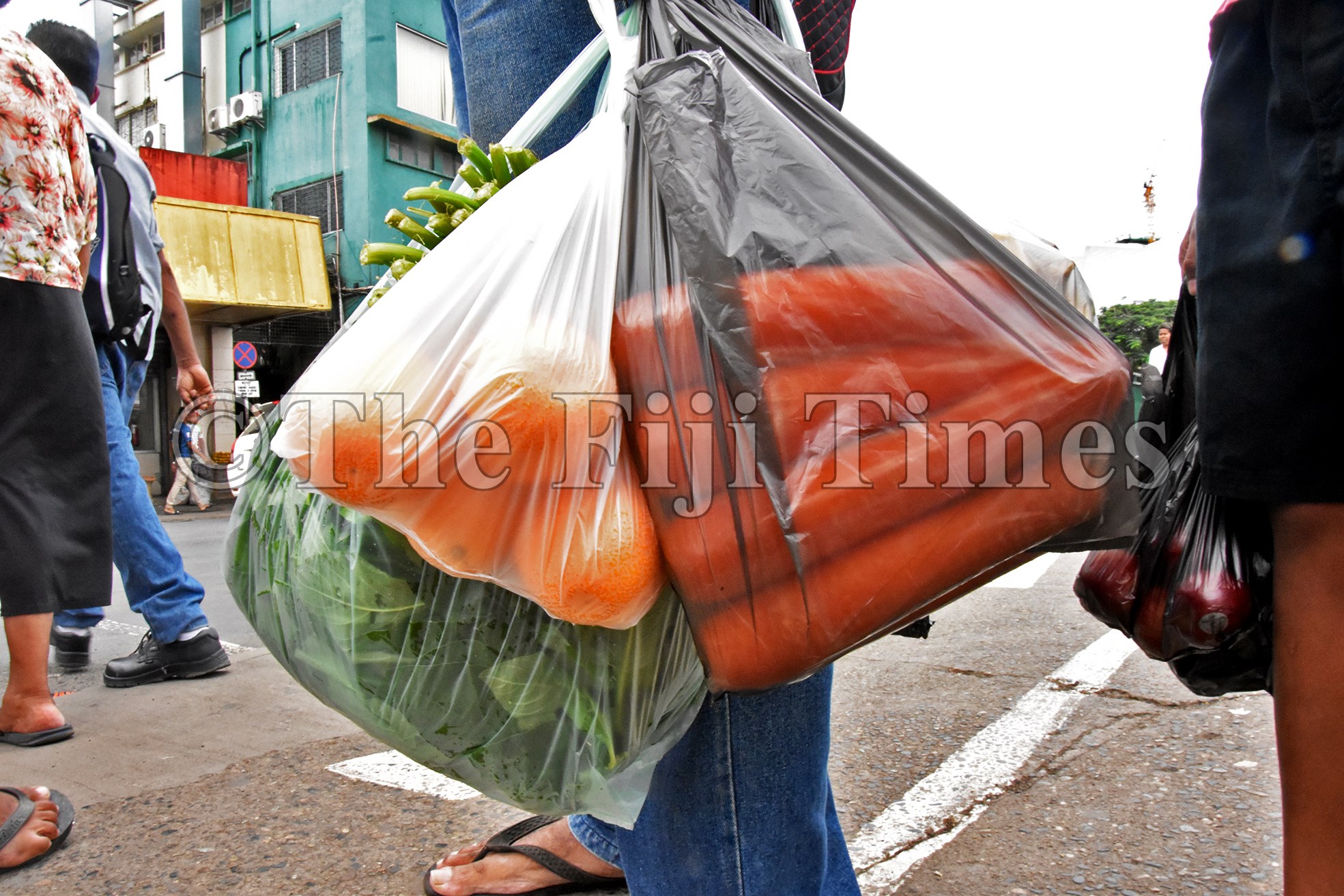 The ban on all single-use plastic bags including those with or without handles came into effect on January 1, 2020. Picture: JOVESA NAISUA/FILE

CAN authorities update the world in regards to the single-use plastic ban.

Just the other day I saw some foreigners fussing in regards to packing of their purchase at a supermarket.

I reckon Tourism Fiji should take the necessary steps informing tourists on the ban of plastic bags and the reason behind it. I believe our national carrier should also come up with advertisements in planes or a short documentary in regards to the ban of plastic bags because it would make passengers aware and they come prepared with their own substitutes.

Who knows the world may also learn from Fiji and also impose a ban on plastic bags which would boost goodness to environment and ocean.

IN the last Australian elections, to discredit the Labor Party, leader Bill Shorten as being out of touch with economic reality, was often asked how they were going to fund their climate change action plans.

His response was it would be a whole lot more costly to not act on climate change.

The Australian people preferred to go with the man who brought a lump of coal into Parliament. Now we are told by economist Shane Oliver that “the fires will wipe $20 billion from gross domestic product” (“Big coal makes no sense for business” –– SMH 09/01).

Does anyone require any more convincing on the high cost of climate emergency inaction? Others should draw lessons from Australia’s failure to act on climate change in a manner commensurate with the threat it poses.

I WONDER if the Ministry of Education had conducted a survey to determine the most appropriate way in which it could have issued employment e-contracts to its teachers before it actually did.

In my humble opinion, the ministry seems to have treated all the teachers the same and as if all had ready access to electronic means to download and subsequently upload the duly signed e-contracts.

The crisis as reported in FT 08/01, I believe shows that the ministry was not aware of such details and the individual circumstances of all its teachers. The appointment of new teachers has probably not helped either.

I just hope that the situation is quickly rectified so that there is no undue disruption to the beginning of the new school year. In the meantime, I wish to convey my congratulations to the newly-appointed Ministry of Education acting permanent secretary Susan Kiran.

She most certainly has her work already cut out for her at this time. However, I know she is capable enough to do a good job and to overcome the challenges she and her management team will face during her stint in the ministry.

THE complaining Nadi Taxi Association, I believe needs to know, understand and accept their industry will survive once they lift their self-discipline to provide reliable 24/7 service.

Most operators/drivers have the joy and luxury to “pick and choose” when they provide vital and integral taxi services to the public. Sometimes, getting a reliably, clean and tidy taxi outside normal business hours is an almost impossible task especially early in the morning and after 7pm.

Most owners/drivers who fall into this category know only too well.

I believe illegal operators will automatically cease to exist once reliable taxi services are provided 24/7 x 365 (or 366, this leap year, 2020).

All regulating authorities concerned need to put in a concerted effort to pool their resources and skills adequately enough, sharpen their monitoring and policing methods, to bring about radical changes desired.

ANOTHER year, another challenge, it’s the 2020 school year at the helm.

While some will be ending their school journey, some tiny tots will be beginning this wonderful journey.

Careers decided, success stories made, a journey that creates thousands of memories and experiences.

To the students who will be heading back to school come Monday, strike when the iron is hot! Grab this opportunity and pave your paths for the years to come. RAYNAV CHAND Nakasi, Nausori

Never heard that one before. Is that a Fiji first!

THEY say millions of animals of varied species perished in the Australian fires.

Just to put everything into perspective, here are the number of animals we humans slaughter each year to eat.

Approximately 320 million cows, about 450 million goats, over 500 million sheep, and over 1 billion pigs.

Whichever way one looks at it, we humans are the cause of our own problems.

Has the accused resurrected?

IS the Minister for Waterways sure that littering contributed immensely to flooding? Seriously?

AS much as one tries to convince otherwise, I believe the person you are will always be the opinion of another.

THE hospital in our World Heritage Town, the historical old capital of Fiji, Levuka, I believe has been without a medical laboratory technician for approximately three months now.

Are the head honchos aware of such? What’s happening people?

ONE of my friends said the ban on plastic bags was really stupid.

His reason was the bags don’t put themselves into waterways and the like.

to an article (FT 07/01), Kane Tanaka is currently the world’s oldest living person at 117 years of age.

This is confirmed by Guinness World Records.

Who is Fiji’s oldest person?