Letters to the Editor – October 31 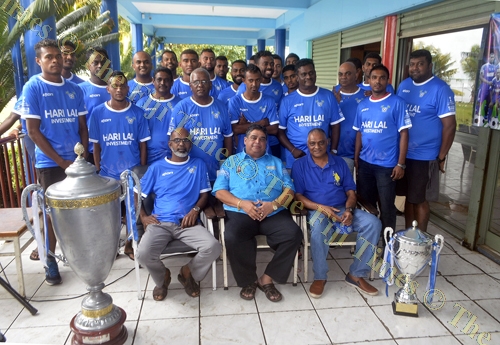 Blues secret
The Lautoka soccer team reported that player welfare remained paramount to the team and its officials. I read with interest the article which appeared in Monday’s The Fiji Times (FT 29/10) and I commend the Blues officials for ensuring that their priority was to safeguard the welfare of their players. Thus, the officials did not hesitate to visit players’ families when they needed help or assistance. Hats off to the President Abdul Kadar for weaving his magic and leading the Blues to back to back league and IDC titles! Kadar said that winning was not only about training but also dealt with off-the-field monitoring, development and upbringing. I believe the players have also been reminded to maintain discipline and treat football as an employment. No wonder Kadar’s philosophy that “we look after them and they will look after us by giving their best for the team to win” is working wonders and the Blues are on a high. As I conclude, I congratulate the Blues for the success and I urge them to prepare well for the O-League. Lautoka has a real chance of winning the playoffs. All the best to the Sugar City side in their bid for greater success!
Rajnesh Ishwar Lingam
Nadawa, Nasinu

Cost of living
The political party that brings the cost of living in this country down will get my vote. I live with my nephew who is 22 years old, four granddaughters 18, 16, 11 and six years old. I have retired and looking after them. We used to receive $300 plus a week for our shopping before, it was OK, now we receive $250 per week because of the exchange rate. We struggle to spend this money every week trying to make ends meet. I feel for other families out there around the country trying to make a decent living for the little they get. Please those in powers have mercy on us, the people.
Naca Nabukavou
Nadi

Repair please
Can relevant authorities please repair the two car park driveways opposite the Nausori market. Looking at the current situation, both driveways are in a bad shape and really look sick especially when it rains. Motorists have no choice but to drive through the driveways. Now the abovementioned can cause serious damage to one’s vehicle taking into consideration undercarriage of vehicles like suspensions, engine/ gearbox oil pans, plastic guards, and to some extent panel parts, that is bumpers. It would be much appreciated if relevant authorities seriously consider fixing the abovementioned issues as it’s been there for a while now and is getting worse day by day.
Shamal Chand
Kuku Bau Rd, Nausori

School books
As we approach another school year end some children are complaining about school books being stolen and how a book be replaced. Most bookshops don’t sell school books during the end of school so buying to replace one becomes harder. Some schools are saying to photocopy the books which sounds like a good idea. One particular stationery shop in Lautoka has been busy photocopying books for the past two weeks. That shows the amount of stealing going around in our schools. Last year I paid about $87 for missing textbooks that my child lost and I began to wonder how the schools will account for the text book when one can’t buy one from the bookshop? Stealing of textbooks has become a big problem in some schools and I wonder if the Ministry of Education can look into this.
Narayan Reddy
Lautoka

Political platform
Wow, the men were at it, now the women are at it. Minister for Health and Medical Services Rosy Akbar has condemned criticisms by National Federation Party candidate Sandhya Bajpai on the poor condition of Fiji’s health sector. Isa, politics certainly brings out the best in us!
Allen Lockington
Kava Place, Waiyavi, Lautoka

Approval rating
The latest Tebbutt-Times Poll which was conducted from October 22 to 24 has revealed that Prime Minister Voreqe Bainimarama has received 79 per cent approval, a drop from 82 per cent (FT 30/10). Despite the drop in the per cent approval, I believe the FijiFirst party is working up slowly to a tsunami onslaught, come the November 14 election day. Right now I believe the PM and election candidates are just going around to Fijians and reminding them what the FijiFirst Government has done for them in the past four years. I believe more goodies will be revealed soon when the FijiFirst Party reveals its manifesto just before we cast our one vote. Government debt aside; I believe we voters should ask one important question, “Is my life and that of my household impacted positively for the better in the past four years or worse?” If your answer is “for worse” then go ahead and vote for another party. But if it is for “the better” then I believe you should have the confidence that this Government will lift our lives up to another level, if allowed to continue.
Savenaca Vakaliwaliwa, Suva

Year 12 exams
“We have to do the best we are capable of. This is our sacred human responsibility.” (Albert Einstein) With this quote I wish our Year 12 students all the best. My best wishes to those who are also sitting for their tertiary exams. During my days, I prepared and delivered well.
Rajnesh Ishwar Lingam
Nadawa, Nasinu

World service
The BBC World Service has been off air in the West for months now. Can the British High Commission advise long suffering listeners when we will be able to hear it again? Michael Scott Morris St, Lautoka Election candidates Can the candidates please focus on ideas and issues and refrain from traducing each other? I guess we need not be told who is bad but rather who can do good.
Bimal Prasad
Wailoaloa, Nadi

Maturity, respect, kindness
This maturity and respect FT 29/10/18 by Simon Hazelman, seems to have missed the point — kindness. You have to be kind to all the people on your way up. On your way down you will meet them all.
Naca Nabukavou
Nadi

Our responsibility
Fiji’s election to the UN Human Rights Council recently speaks volumes about the level of confidence the international community has in us and our determination to not only grant equal rights and freedoms to every citizen. We seem to be concentrating a great deal of our time on “pushing for our rights and freedoms” and because of that, we seem to have forgotten our role to uphold those rights and freedoms with responsibility. A classic example I can think of is how we tend to abuse the right of “freedom of expression”.
ALIFERETI JOSEFA SAKIASI
Nadi

Like batteries
I was just thinking about the people who retired at 55. The party that reinstates the 60 retirement age will do justice to the humans of Fiji. Those who decided to get rid of people at 55 was like throwing away good batteries that still had power in them, just because they had new ones. Would you throw away batteries because you had new ones? Sounds silly eh.
Allen Lockington Kava Place, Waiyavi, Lautoka

22pc undecided
The revelation by this newspaper in a poll that 22 per cent of voters were undecided (FT 30/10) is alarming. Whether this is attributed to economic conflict is unknown,but I believe one thing is clear, they are vulnerable to propaganda.
Amenatave Yaconisau
Palm Drive Delainavesi

An undecided voter
Being an undecided voter myself, I certainly have been relying so much on the media to help me decide who to vote for. Apart from these outlets, I have also been scrutinising the candidates wisely and what they propose in their manifesto. I have been telling myself that it is better to stick with the ‘bad’ candidates I know rather than the ‘good’ candidates I do not know. Oh yes, I will not only be thinking about myself when I am voting. I will be focusing more on my grandchildren’s future. At least they will have something to thank me for when I am gone. Happy voting people!
Joeli Naleca Natabua,
Lautoka

Who to vote
It’s not surprising that youths are undecided on whom to vote for. They look for role models of integrity, honesty, fairness, justice and goodness, and I believe are met with the contrary. I believe the winds of change are upon us, and the changing of guards is evitable for the next lap of leadership. Fiji is grateful for the quantitative changes we have had for the past 12 years. Now the qualitative change for stable morality and genuine integrity is the greatest need youths need today, given the overwhelming challenges of information overload and false media influence. The anticipation for change in batons is causing hesitancy in choosing the right leaders to a brighter Fiji. Youths have learnt that deeds not words determine progress, and that copy and paste does not go a long way. After all, our Fiji tomorrow is determined by the right choices our youths will make today.
Finau Naigulevu Turaga
Nadi Airport