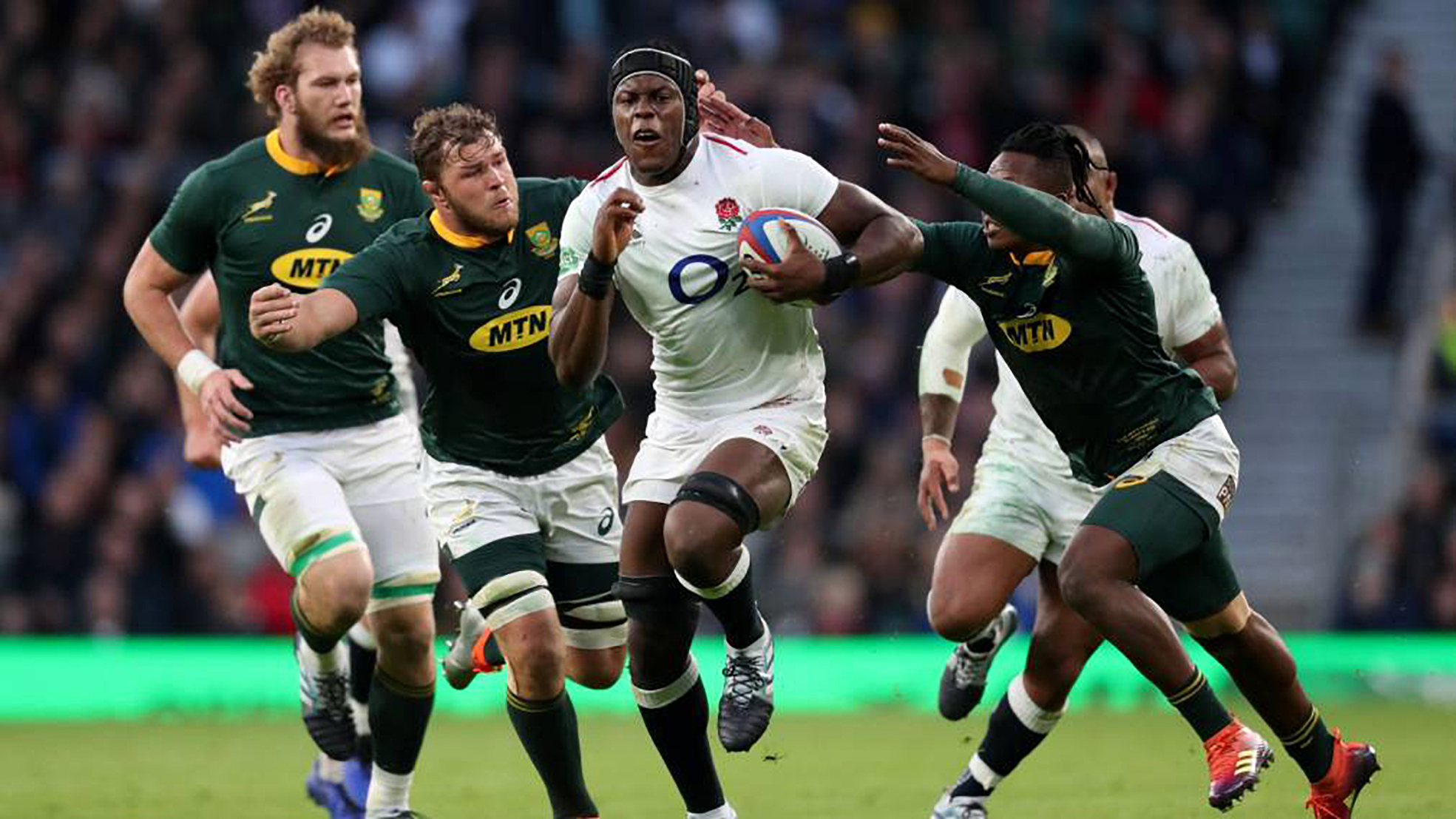 Most successful team in RWC history

The Springboks, by scooping the 2019 Rugby World Cup title, has proven to be the most successful rugby team in RWC history. Although they have three wins like the All Blacks, it has to be noted that South Africa’s three wins come from only seven Rugby World Cup appearances (1995–2019). They were still in the wilderness during the 1987 and 1991 RWC and only came in at the 1995 tournament. The All Blacks’ wins come from nine appearances (1987–2019). Percentage wise, the Springboks’ success rate is at 43 per cent while the All Blacks is at 33 per cent. Australia is further down at 22 per cent and England at 11 per cent. No other team has ever lifted the Webb Ellis Cup except the four noted above. Let us hope the 2013 France RWC will bring a new winner to the podium. ILAITIA BOSE, Suva

If and when a United Nations (UN) request for a country visit from special rapporteurs is accommodated, they should be allowed to freely meet and discuss with people or organisations as they wish. I will base my third sentence on what Fiji’s permanent representative to the United Nations in Geneva stated that the Crimes Act and Public Order Act do not criminalise the legitimate criticism of government activities. When I saw the make-up of the so referred to Fiji delegates to the 34th Session of the Universal Periodic Review, I thought to myself, this is actually the Fiji Government delegates. Mohammed Imraz Janif Natabua, Lautoka

So experts said that Ba Town was built in the wrong place. I only wish these experts had been around when the Ba area was being settled. Allen Lockington Kava Place, Lautoka

It is good to hear that the Government is looking into banning the single use of plastic bags as early as January next year. I’m quite excited and very optimistic about this change but I know that a lot of people especially business houses and small shops will not be happy about it. Just take a good look at our shores and even our streets to see and witness first-hand the environmental disaster plastics have. It seems they are everywhere they should not. Come on people, let’s follow Vanuatu’s example as a world leading single use plastic ban nation which started their banning campaign in January, 2018. It can be done Fiji, it can be done. M S Kaleca Nakasi

The Local Government Minister has said that town councils were “again” under the spotlight for corrupt and unethical practices. Well, what a surprise, what happened when they were previously under the spotlight I wonder? Perhaps some elaboration is needed. If the honourable minister has evidence of malpractice (and I am positive she would have), then those implicated should be investigated by police, or terminated from their employment. Are these new administrators going to properly investigate past practice and weed out the rot? Before the name and shame game begins against defaulting ratepayers, the honourable minister should play the game with the corrupt and unethical. Allan Loosley Tavua

Referring to “Small islands vulnerable to tsunamis” (FT 11/6), we will have a good laugh about it when I am back at Navunikabi next week. Just joking. Viti Levu is not that small by the way. Mathieu Pelletier Sigatoka

I have to admit that the issue of bicycles is a good one. Suva or wherever now have designated bicycle lanes. I suppose this is to encourage people to buy a bicycle, and keep fit by riding around. It’s a more fun way to keep fit and it’s easy. Furthermore, we have a Bicycles Act 1939, yes, 1939 and is pretty clear about requirements. For information sake — the law says that the bicycle has to be registered. Who is the authority tasked to do this? Anyway, my point is, I often see cyclists cycling on the wrong side of the road and the law says they are not allowed to use the footpath. Are cyclists bound by road rules? We have encouraged bicycles, has the law been revised? One day when a cyclist will meet with an accident we may jump and find that the law is as old as the hills. But seriously is the Act still in place? Allen Lockington Kava Place, Lautoka

Our nation is getting aggressive with self interested people full of demands. Aggressive in terms of justifying the unjustifiable, presenting data obtained through questionable research, hate speeches, overpowering others intellect and proclamation of superiority of self. I believe leaders of today (of course with the exception of some) seem to be so arrogant that no one else matters to them. They seem to be engrossed with attitude spiced with the powers they have to weaken the self-respect of the commoners under their leadership. What do we get in return? Aggressive people in an aggressive environment. Be it leadership at home, community or even at the national level. Your leadership does have an impact on those whom you steer. Vagueness of stances, environment of ambiguity, dilemma for the future creates a vacuum in the minds of those being led by uncompromising leadership stances. There is nothing in some leaders to empower our young ones to engage in their academic achievement, display values of humanism and the core business of managing their time. School holidays is just next door and as I have been advocating for years, relevant organisations/authorities in villages and settlements should plan to engage our young ones in fruitful engagements which interest them. Otherwise be prepared for an increase in additional pick pockets, street encounters, loiters and looters. Let’s not sit back but critically analyse our role as leaders at the various levels to create an environment of compassion and respect without hate and fear. Dhirendra Prasad Lautoka

It was most interesting and quite nostalgic for me to read in FT 4/11 about the history of Ballantine Memorial School (BMS). This was the school in which both my parents taught, from the mid ’60s to the early ’80s and we lived in the school compound during that time. The article mentioned that the school was situated at one time at Muanikau (Nasonini), after moving from its earlier location on Butt St. I would just out of interest mention here that I’m not sure whether the school was located on the Nasonini site, or at the nearby Battery Hill site located on the top of Vuya Rd. When I was last on Battery Hill, I saw what looked like the remnants of a number of wooden supports for a building and I was told that it was the foundation for the old BMS classroom, before it was wholly removed in the 1940s to Delainavesi, the current site of the school. The removal was to make way for the construction of one of the four Suva Battery sites — Battery Hill Battery Gun Site — because of its advantageous and unhindered view of the south eastern portion of Suva Harbour and the southern ocean. The other two sites were Flagstaff Hill Battery and Bilo Battery. I would imagine that, as a fenced off historical site under the care of the Fiji Musuem, the remnants at the corner of Battery Hill, which overlooks the junction of Vuya Rd and Ratu Sukuna Rd, would be still there. The school’s actual location in the area, just needs to be further verified by historical records and hope that when verified, it is preserved as a physical reminder of the School’s historic past. Edward Blakelock Admiral Circle, Pacific Harbour

Since the Government is telling us that the lack of money is false news and things are OK, than I believe we do not need to pay extra rates or anything along that line. Well the funding is there, isn’t it? Kirti Patel Lautoka

With December 25 around the corner, one wonders what Father Christmas is up to in terms of his journey to deliver gifts. Meanwhile, some parents will have to dig deep into their pockets to fetch enough coins for a gift for their children. Who knows, this time around Father Christmas must be on a canoe in the middle of the Ocean making his way closer to Fiji. Floyd Robinson Toorak, Suva

I am glad that the Prime Minister has raised concern on hard drugs as reported in The Fiji Times 07/11/19, nevertheless, I would like to remind the PM that I sincerely believe drugs entering our shore is very much associated with being a modern society we have become. Kositatino Tikomaibolatagane Vuninokonoko Rd, Navua

I believe working conditions of police and corrections officers should be covered under the Employment Relations Act if the best is required from them. Dan Urai Lautoka

Now that Fiji has gone through with the ritual of the UN Universal Periodic Review in Geneva (FT 8/11) we can return happily to the status quo in Fiji. Rajend Naidu Sydney, Australia

Is the recent outbreak of measles in the Serua and Namosi area linked to climate change? Whatever one’s views, this is of concern for parents and guardians. Best to get children vaccinated and avoid travel to areas where outbreaks are declared. All in all, do stay safe and have an enjoyable week. Floyd Robinson Toorak, Suva

In 1974 the chimneys and the new boiler was build for FSC Lautoka. I was part of the crew who did some work at that boiler. With all the questions being asked about the excessive soot that has been coming from FSC, the answer is simple. Baggage is either wet, airflow to the boiler and filters on the chimney can contribute towards the thick black soot that has been emitting from FSC. You don’t need a consultant to tell you this because some of us who worked on that boiler are still around. John Brown Drasa Vitogo, Lautoka