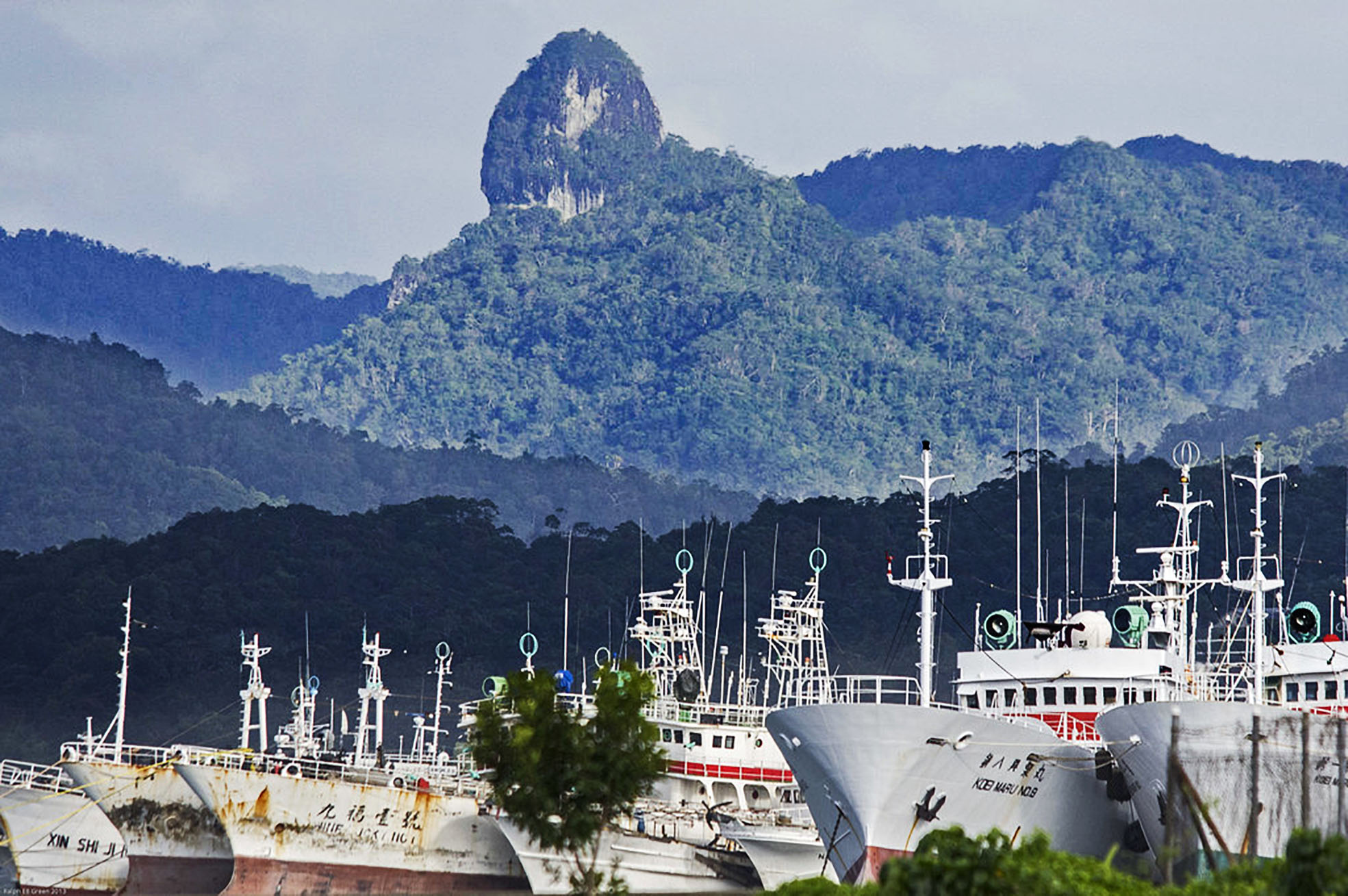 Peter Drysdale’s letter (FT 05/11) made a good day-starter for me. Mountaineering is one area that is exciting, dangerous but empowering upon the completion of the mission at hand. I urge the writer to create a book which I believe would lead to the creation of eagerness in our young ones the need to understand the geographical composition of our country. The mountains we see is not only what we see but more to learn from when people of Mr Drysdale’s nature share their hard earned knowledge with us commoners. I may be the first one to buy such a book if published. To add to this The Fiji Times has also been publishing significant details about certain places in the interior of our islands. Can such information be captured into one collection for us citizens? Interest would certainly be created through our education system as well if there is a desire as well. Vinaka Mr Drysdale and Vinaka The Fiji Times. Dhirendra Prasad Lautoka

I gather parents have resorted to lodging formal complaints with the Ministry of Education regarding the lack of organised activities to keep students occupied in schools. Parents have also raised their concerns about unruly students behaviour directly with the prime minister. It is also no secret that the Ministry of Education itself has acknowledged their struggle to handle misbehaving students. Reading between the lines, these are the signs of the growing desperation to control today of what is to come tomorrow. For too long teachers pleas have been ignored. Or as usual, will the wait be stretched until something drastic happens? Mohammed Imraz Janif Natabua, Lautoka

Money or no money

Whether we have the money or not, what we urgently and consistently need to be doing is keeping government costs down to a minimum while at the same time provide suitable standards of basic infrastructure and service. We need to be working hard and smart to balance off our budget deficit. We need to be reducing unnecessary and wasteful spending which is consuming most of our discretionary budget. If one observed closely, I believe it’s those in Parliament who are reaping the most from our government coffers. It seems, to be in Parliament is to benefit as much as you can while you can! Hefty salaries, benefits, allowances, travel, accommodation, food, transportation, bodyguards and entourage are all part of the benefits of being in Parliament yet I believe the sole reason one gets into Parliament is to serve the nation before oneself! At present it sure looks like the nation is serving parliamentarians! Will we ever get to see a saviour? Simon Hazelman Rava Estate, Savusavu

Here is a humble request to my friends at the Lautoka police department. Power went out yesterday 5/11 and I was at the traffic lights and there was chaos. Cars from both ends stopped and when they knew it was a power cut (lights not working) both ends speed to beat the other. When there is a power cut in the CBD area, could the officers on beat patrol quickly move to where traffic lights are located and direct traffic, please. Each time power goes off, there is chaos at the traffic lights. The right hand rule and road courtesy are forgotten. With the many taxis in existence in the city you have to understand that the roads are full. Taxis need to earn money and delays affect them and they get impatient and then speed to their destination when they get out. The Commissioner of Police has mentioned that he wants officers to be proactive and not reactive. Being proactive in this situation is to prevent accidents and or fights between frustrated drivers. May I remind you that your presence is vital. And remember I am a friend of the police, and I will be critical where and when required, it will always be positive. Allen Lockington Kava Place, Lautoka

I could never agree more with a letter writer (FT/5/11/19) who is reminding the PM that “nothing is working at present” and that “we are falling apart as a society and a nation”. Dan Urai Lautoka

Looks like a lot of people who are caught linked with cocaine are from Lautoka. What has happened to my beautiful Sugar City? Is there a place where the rich businessmen or drug gang meet up to do or discuss these cocaine deals? Thanks to the joint operations between Australian and Fiji police for doing a very good job. It’s about time all assets of these cocaine smugglers are seized by government and the money made from selling these properties be used for drug education purposes. John Brown Drasa Vitogo, Lautoka

Reading stories about South African captain Siyamthanda “Siya” Kolisi makes me fan this shy but rugged leader. I was emotional as I read about Siya’s life and his struggles and the fact that he was brought up in a poor settlement and these factors have contributed to the success of the man who has entered history books by becoming the first black South African captain to lift the Webb Ellis trophy. Siya’s story about having one meal on countless days and sleeping on the floor must be shared with rugby players who come out of poverty and get carried away with the rich life, often forgetting their roots and struggles. Siya’s favourite Bible verse, “Philippians 4:13: I can do all things through Christ who strengthens me”, brought back memories when the Bible verse was embedded on our national 7s team jersey and our boys did wonders on the field and brought home cups and sweet memories. The name Siya Kolisi has indeed left behind valuable lessons not only for rugby players but for everyone and the fact that God is in control. Thank you for being a courageous captain Siya. I am an ardent All Blacks fan but I salute you for being an inspirational leader. I commend you for the wonderful speech that you delivered after the final. You remembered people in the taverns, people in the farms, homeless people, and people in the rural areas. Seldom that we get to hear such motivational speeches after a win! Courageous Siya Kolisi! Rajnesh Ishwar Lingam Nadawa, Nasinu

I was reading a book by Neal Donald Walsch when these questions are raised, “When is it disempowering to offer help? When does it work against, rather than for, another’s growth? The answers given are; 1. When your help is offered in such a way that it creates dependence, rather than rapid independence. 2. When you allow another, in the name of compassion, to begin to rely on you rather than rely on themselves. 3. Doing good in the name of helping the people yet you are simply seeking to create yourself worth and you make it to the extent that you allow people to make you responsible for them which to that extent you have allowed them to make you powerful. The goal is to help the weak grow strong, and not to let the weak become weaker, however, I believe this is the problem with many governments’ assistance programs, for they often do the latter, rather than the former. In the global trend, I believe governments understand that help is power and that is why governments offer as much help to as many people as they can get away with –– for the more people governments help, the more people help the government. In other words whom the government supports, supports the government. I need your judgment where our current government stands. Is it helping the weak grow strong, or is it letting the weak become weaker? Kositatino Tikomaibolatagane Vuninokonoko Rd, Navua

So the rumour that there is no money is false. Thank you Mr PM, I trust you. Blink, blink! Allen Lockington Kava Place, Lautoka

An emotional Jerry Tuwai could not hide his feelings as he shared his success after receiving the World Rugby Men’s 7s Player of the Year award. Being so humble Jerry paid tribute to his teammates for their off-loads that enabled him to score tries. Although Jerry is a small man on the field he carries with him the heart of a lion as he brings down attackers bigger than him and dictates play, most often plotting the downfall of the opposition. Jerry, who is sure to go down into history books as the best Fijian 7s player, has 18 WRSS tournament titles to his name. He won the 2014-15 and 2015-16 WRSS overall titles with Ben Ryan and the 2018-19 WRSS overall title with Gareth Baber. He has made the WRSS Dream Team back-to-back and helped Fiji to five back-to-back tournaments. Jerry also pioneered our team to the 2016 Olympics win and I’m happy that Oceania has made plans to honour our “little” master! Hail Jerry! Rajnesh Ishwar Lingam Nadawa, Nasinu

If there was to be a national survey to find out if people knew that a certain member of Parliament was from their area, I think the results would be surprising. Mohammed Imraz Janif Natabua, Lautoka

Melbourne Cup the race that for a few minutes stops the nation of Australia. This week in Fiji we also stopped as a nation. Monday we had water shutdown and on Tuesday it was a power shutdown. I wonder what will happen on Wednesday? Jonas Bradburgh Makoi

Not sure if anyone noticed, The Fiji Times for yesterday (5/11) had contradicting dates on the first (special edition wraparound) and second page (front page). Must be Melbourne Cup fever. Epeli Koroi Naitasau Rd, Makoi n(Yes, we made a mistake with the date line on the Melbourne Cup horse race special edition wraparound yesterday. The front page, however, had the correct date line. We sincerely apologise for any inconvenience this may have caused – Editor)

I believe when a career policeman makes public statements, it is more meaningful. Dan Urai Lautoka

I seriously hope this will not dampen my spirits during the Christmas holidays. Solve all your problems this month WAF. Simi Kuruvoli Makoi, Nasinu