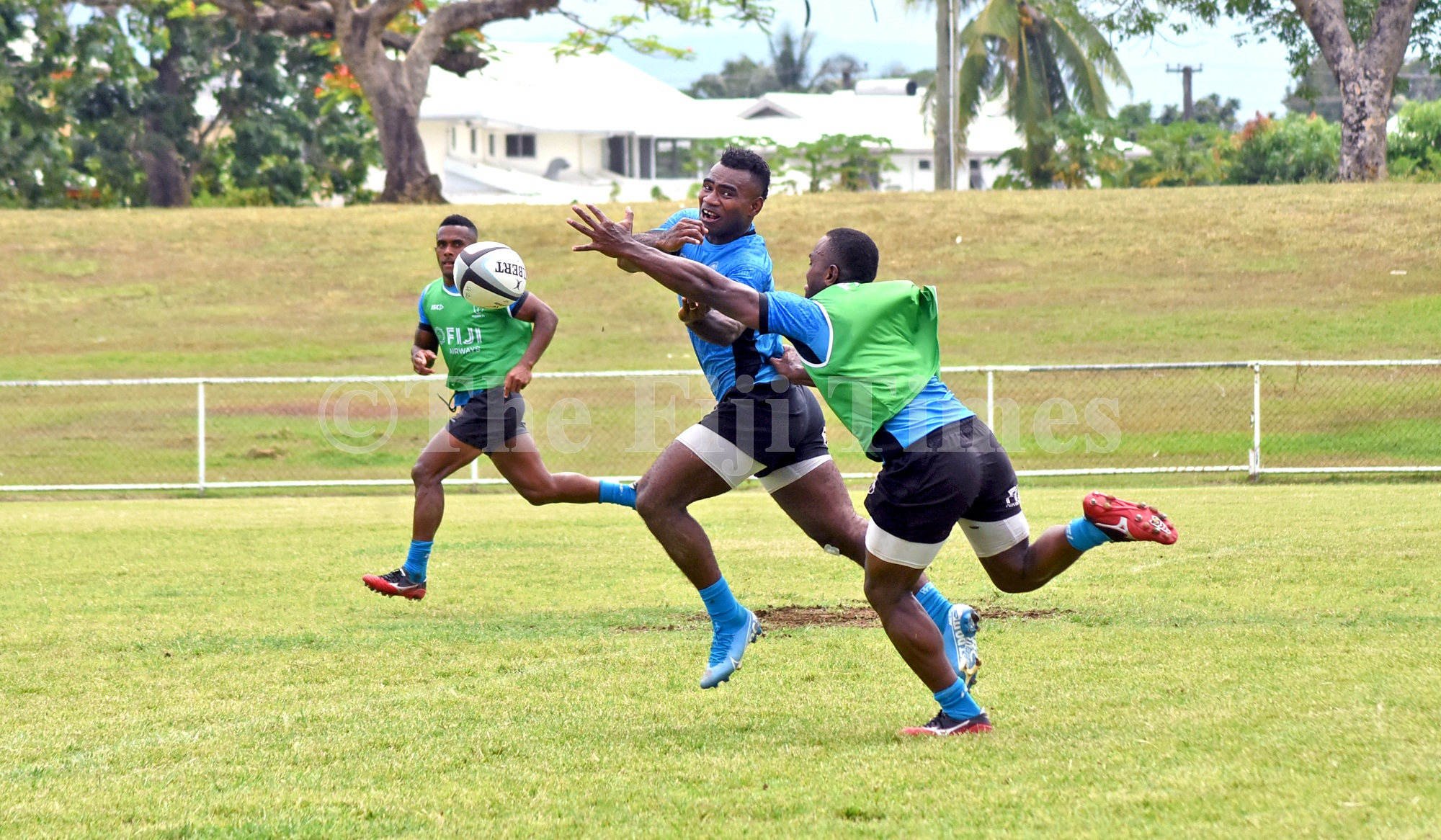 It’s the beginning of the 2019/2020 HSBC World Rugby Sevens Series. Team Fiji needs to be very fit, confident and very serious. The first leg begins in Dubai then to Cape Town in South Africa. We need to top the table there and the other legs thereafter. Treat every game like a final that you will play, otherwise, it will be a mountain to climb with a high price to pay. Our thoughts will always be with you, with all our prayers. You are our country’s ambassadors. You our glorious sevens players. Edward Blakelock Admiral Circle, Pacific Harbour

The ferry recently of our two grounded B737 Max 8 aircraft to central Australia for safe-keeping away from exposure to damaging rust and cyclones, appears to me, to have some sense of finality to it. Has our national airline come to the inevitable conclusion that the technical issues associated with this aircraft type, may not be fully resolved by the manufacturer in the very near future, if at all and something needs to be done now? Is this transfer just a polite way of saying that the aircraft are being “mothballed” overseas and never to operate again? That certainly appears to be the case here. I understand that in aviation circles, it is a normal practice to “mothball” expired aircraft in a dry desert-type environment, which realistically becomes their “graveyard”. Such places exist in central USA (Arizona) and probably in central Australia as well. If the latter is not the case now, it will most certainly be soon, to accommodate these retirees from other airlines as well. If the two aircraft are being “mothballed”, is the manufacturer liable to pay compensation for the downtime and loss in revenue as well as the “ferrying” of the aircraft? Furthermore, will the aircraft parts be salvaged and brought back as spare parts? By the way, when an aircraft is “ferried” anywhere, does it mean that it is carried there. Obviously not. I believe in this case, they were actually flown to their final destination. It will be interesting to know what is really happening here. Edward Blakelock Admiral Circle, Pacific Harbour

Illegal importers Minister for Agriculture, Dr Mahendra Reddy, said the Ministry will come down hard on those involved in the illegal importation of chemicals (FT 27/11). First and foremost how is it possible that people can import such illegal products? Is it because our Customs agents have no clue of the different types and categories of hazardous chemicals? Or don’t we have the ability to identify the physical and chemical characteristics of substances that come through our borders? Do we or don’t we have chemical identification instruments that can quickly identify potential hazardous substances? In this time and age our border control needs to be equipped with the latest detection instruments and qualified personnel as anything and everything is being shipped around the world in the most sophisticated manner that can easily slip through our borders. This story, alone, tells us just how unqualified we are to handle such issues! Simon Hazelman Rava Estate, Savusavu

Vina du riki, Felix Chaudhary (FT 28/11). What a beautiful write-up. Top marks! Cheers to that. Isaaaaa! Tamani big trip down memory lane — the good old yesteryears. What a huge transitional difference 50 to 60 years make! Band members who took to the stage then, were almost always, impeccably neatly dressed. Dress codes were vitally important. Even those who went to celebrate took time, expense and effort to dress well too. So much effort was put into dressing neat, smart and very respectful. Can I please make a suggestion, respectfully? Please somehow get your brains trusts, Ken Janson, Tom Mawi, Joseph Heritage and several survivors whose names escape me now, and come up with a weekly 60-minute TV show of entertainment in the 1950s to 1970s. Besides, tribute must be paid to all musicians, from that era, who have since moved on to their eternal home, “Beyond the stars”. Just giving you a heads up for simple starters. Tovole ro, make rewa! Ronnie Chang, Martintar, Nadi

This week I was in Suva and had to go to a shop to change some American dollars. There was a shoe polisher right in front of this shop and there were several other people who hung out next to him, eyeing the customers who went into the shop. When I came out of the shop, one of them accosted me and asked for some money. I noticed that they were doing the same to other customers. I am sure the company owners are not too happy about this. The onus is on the Suva City Council (SCC) to ensure that such customers do not have to endure such unpleasant experiences. If they are licensed, the SCC needs to ensure that they are not a detriment to other businesses. Does the SCC even check if they are licensed? Someone has once written a letter to The Fiji Times saying that perhaps the daily should take on some jobs of the SCC as it frequently publishes pictures of large piles of garbage that are an eyesore (and perhaps a nose sore). I am sure these unsightly heaps of trash have been there for a while and that The Fiji Times does not drive intentionally to look for them. If customers do not feel comfortable doing business in Suva, it is the SCC that is being deprived of taxes. It should not ignore the small business owners as they comprise the major bulk of its revenue — not to mention maintaining good public relations. Arvind Mani Nadi

The footpath along Vitogo Pde near the Khatri Hall is in a deteriorating state. It is also dangerous as cracks are making the footpath uneven. The Khatri Hall is opposite a well-known temple thus this place is used by many for religious and other purposes. It will be appreciated if this can be given priority as the state of that footpath is due for repair and it’s sad no one is paying attention to that. I hope the authorities pay serious attention to it and do something about it. To the authorities please get out of your comfort zones and go and have a look. Kirti Patel Lautoka

Nice of the Minister for Health to say that those of us over 70 don’t need a measles jab as we must have had measles as kids thus being immune. Perhaps he has an Alzheimer’s jab that would enable me to remember if I did or not. Allan Loosley Tavua

‘Fiji no exception to terrorism, says Seruiratu’ (FT 28/11). I agree fully with the Fijian Defence Minister. There are different varieties of terrorism. The home-grown variety and the foreign one. We must guard vigilantly against both. Rajend Naidu Sydney, Australia

After being fired by Manchester United, Jose Mourinho is back on screen. The Portuguese replaced Mauricio Roberto Pochettino Trossero, who was at the helm of Tottenham Hotspur for five years (from 2014-19), and soon after taking over Jose led Spurs to EPL win against West Ham away from home (3-2) and a Champions League win at home against Olympiakos (4-2). Wow, looks like the Jose era is back! Rajnesh Ishwar Lingam Nadawa, Nasinu

Late and no responses from authorities. Have some things become top secret in this nation? Mohammed Imraz Janif Natabua, Lautoka

It is good to know that Semi Radradra is a “million dollar” player, I know there are a lot more of them in Fiji. Sukha Singh Labasa

We learn that the independent investigation into allegations of past mismanagement at the USP discovered “significant cash leakages” over many years (FT 28/11). What does that mean in layman’s language? What amount of cash got “leaked”? Where did it go? Who profited from the cash leakages? The public should have the right to know. Rajend Naidu Sydney, Australia

The environment which is being used as a punching bag has actually started to punch back. Jabs are getting stronger. If humans do not learn and adjust, it is going to deliver the knockout punch. An unimaginable KO. Mohammed Imraz Janif Natabua, Lautoka