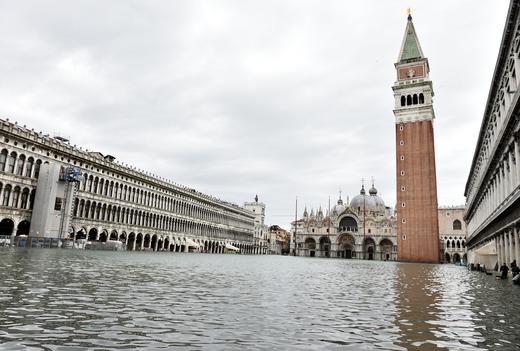 Because of climate change effects, the iconic city of Venice is currently under siege from historically high tides. This situation may open some eyes and minds of world leaders who have chosen to look away when it comes to climate change. Cries from the Pacific have fallen on deaf ears. There could be a change. Mohammed Imraz Janif Natabua, Lautoka

Firstly, with all due respect, why the Commissioner of Police is only aware of support for the police from the government and nowhere else? Secondly, when police officers come across challenging situations, what is the difference between reasonable and unreasonable force? Mohammed Imraz Janif Natabua, Lautoka

Tamani sikoqe levu. What a tough tough day in the “office” for our very own Fijiana at Churchill Park, Lautoka. Copping two yellows and giving the might of Kiwi women’s superior numeracy, Fijiana could not hope for that final whistle to come sooner. NZ 53 – 0 Fiji. Where do we go from here, National women’s 15s rugby coach? Fijiana had no answer penetrating that solid Kiwi defensive wall. Unbelievably sad result. Best forgotten. Nine unanswered tries! What a lesson! Ronnie Chang Martintar Nadi

The other day’s revelation about the scale of the methamphetamine problem and the ‘ice’ requests made me shudder. The scale of the problem, particularly among the youths and students is extremely worrying. The revelation by the drug enforcement agencies in Bangkok, that Fiji was now the main highway for South American and Asian countries. Isn’t this a ‘first’ for Fiji which we should be really concerned about? We continue to hear about Fiji being the first in all sorts of things ranging from procuring jets to producing policies on climate change to qualifying for World Bank IDA (International Development Association) loans etc. Guess our leadership should be equally concerned and making statements about malaise and social issues which seem to be on the rise recently, probably dwarfs anything in the rest of the Pacific and certainly not the sort of first we should be proud of! I must congratulate ASP Masitabua for acknowledging the problem at the Leadership Dialogue, and being upfront about the issues. Altauf Chand Minto, NSW, Australia

The calls made and praises by members of the public towards the local coach to replace our national rugby coach is uncalled for after the win against the Barbarians on Sunday. Rugby followers must bear in mind that like any other sport, all teams had their lucky days and a single win doesn’t make a coach better than another. If our team consists of mainly Drua players, well on the other hand the Barbarians were picked from the world all over with a day or two to train together. And I believe it was a send off game to most of them who are retiring from international level. I believe the rugby followers should bear in mind that these are the same Drua players who failed to defend the NRC cup this year under the same coach they are praising. We should be thankful for the great achievement and support the whole management for a job well done. I believe fans should keep their judgmental views to themselves and support whoever is in charge of our team and let’s respect that. Let’s not spoil the relationship of our team management who did a marvellous job during the weekend. Let’s enjoy the win and cheers! Pita Soroaqali Nadarivatu

After reading the Grace Road saga on The Fiji Times 18/11, I was determined to watch the 25 minutes video from Al Jazeera on YouTube which I did. While watching the full documentary, I started to question our government on what else would it need to be able to comment on such a disturbing findings by Al Jazeera. If they are doubting the source I am not really sure why, for Al Jazeera is a well known media organisation internationally and the documentation they did on Grace Road I believe is authentic. The Grace Road cult leader had been sentenced for 7 years in jail for fraud and degrading treatment, I believe this is an indication that the church, cult, business, or whatever one may call it, is corrupt throughout, and yet our government still accept all their operations here in Fiji to this day. This saga has left me asking, what link our government has with Grace Road? Why can’t our government condemn an organisation that has branded its people ‘servant, not very smart’? Kositatino Tikomaibolatagane Vuninokonoko Rd, Navua

My oh my, oh my! We’ve heard that one before. Recently too. Deja Vu? MANOJ LAL PATEL Drasa Ave, Lautoka

Three news items caught my attention in last Friday’s FT (15/11). The first was about the allegedly appalling case of police brutality in Navua, the second was on diabetes related amputations and the third was the historical story about ‘Goodenough’s demise’. With regards to complaints relating to police brutality and abuse of authority for genuine confidence regarding investigations, it is time for an independent police conduct/complaints commission to be instituted. Such a commission will comprise of independent experts including retired senior police personnel and its role would be to investigate and report findings relating to serious misconduct by police in their treatment of citizens. Second, Prof Eddie McCaig’s figure of 300 diabetes caused amputations each year is shocking but some years ago, I found that more that 60 per cent of the amputees were indigenous Fijians. There was an ethnic dimension to diabetes complications that resulted in blindness, kidney failure and amputations. I wonder what the ethnic breakdown of diabetic patients currently is and whether iTaukei are the predominant group that are vulnerable to amputations. It is pivotal that the prevention and management of diabetic complications take account of this ethnic dimension. Third, in an otherwise interesting piece regarding the role in Fiji’s annexation by Great Britain and sudden death of Commodore James Goodenough, the indigenous people of Santa Cruz are referred to as savages because elements among them killed Commondore Goodenough. Contextually speaking, the 1870s was characterised in the Solomon Islands, Vanuatu, islands off Papua New Guinea and Kiribati with the kidnapping and selling into slavery of islanders by the ‘blackbirders’. The Europeans involved in this trade committed most heinous crimes against native peoples including killing them without remorse. So who were the savages? Prof Vijay Naidu Raiwai, Suva

Thank you to The Fiji Times for highlighting the AFL journey in Navutu Lautoka (18/11/19). The plight, struggles and community development of unemployed youths and those that assisted is worth reading for surely the life of some of the youths will be changed by Aussie rules. Dan Urai Lautoka

We are into the last week of school and yet schools are still waiting for the remaining grants of the year and teachers for their location allowance. They are still in the dark and there is no sign of light at the end of the tunnel. Can someone shed some light from the other end please so teachers and school management could at least get some hope before the school break? Just flash a red or green light from that end. They will get the message. Pita Soroaqali Nadarivatu

It’s ironical that a government born out of a “clean-up” coup is being “urged to come clean on dealings with church” ( FT 18/11 ). And if the report on what the former leader of the church in question, the South Korean Grace Road Church, said about the Fijian people not being smart is true then that is a disgrace. Every self-respecting Fijian should tell the government that they are outraged. Rajend Naidu Sydney, Australia

Is the new plane really ours 100 per cent or is it on lease again from someone? Ilaitia Bose Suva

One message rings out clear “diminishing respect for the rule of law”. The question is why? Dan Urai Lautoka

The road to the Owls Perch is anything but graceful, that’s why scribe and king cobra stopped visiting. Nigel Fiu Owls Perch, Lautoka

Listening to the current parliament debate, I was confused when a female member of the house referred to the President as honourable President. And then when she referred to the two previous coups she said: ‘koops!’ Now I understand. Pita Soroaqali Nadarivatu