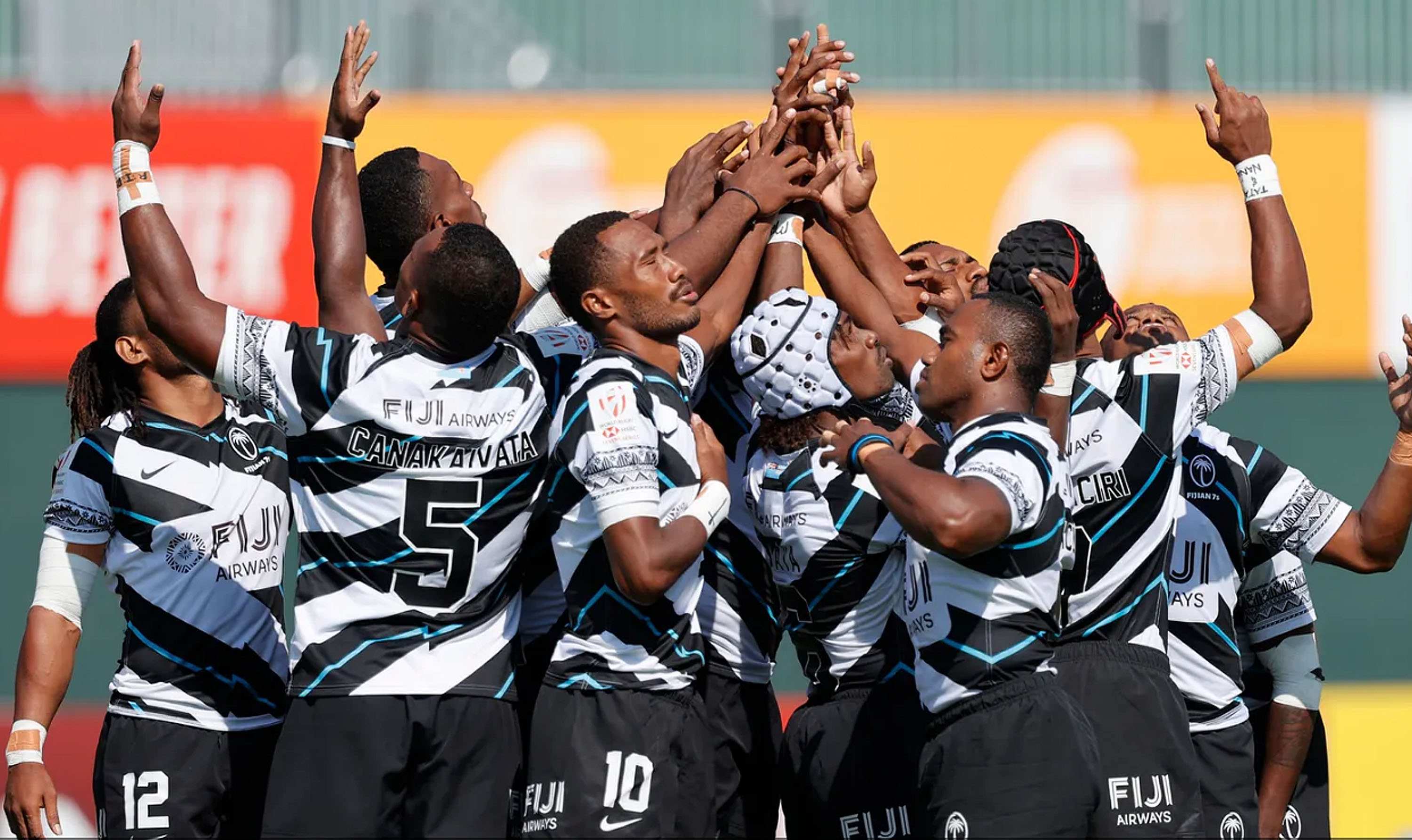 Interim men’s 7s coach Saiasi Fuli, who led the Fijiana to a historic bronze medal win in the 2020 Tokyo Olympic Games, had been holding one-on-one sessions with those players who have made their first trip overseas to avoid distractions.

Fuli had a mammoth task ahead of him as he was looking after the gold medallists from Tokyo.

There was pressure on him and the team to perform and replicate the success in Tokyo although bulk of the boys were on debut.

The men’s team finished fourth, while the Fijiana settled for silver.

I agree with Apisai Naevo that our teams need to be mentally fit as they compete with the bigger nations on the circuit.

This is just the beginning.

Our players will have to be prepared for bigger things.

By the way, thank you Serafina Silaitoga for your article titled “Pride of Nukubalavu”.

They are the new kids on the block and they’ve performed immensely to a standard on their first international appearance.

WHEN the most experienced player created the loss what can one say.

DURING the battle between Argentina and South Africa I was impressed when Argentina scored the first try against their opponent.

This proved that they had been training very hard.

I would like to congratulate their team for their best performances during the game.

Hats off to them.

WE just need to hone the skills a bit more and improve the defence system for this next tournament for both teams.

It will take some time but it will come.

THIS will be an interesting tussle between our political leaders because their capabilities are limited except for the person who knows it all.

Party leaders only and no substitutes or eleventh hour replacements.

Leaders will be told not to bring any electronic device nor reading or making references when asked a particular question as an important rule of the debate.

There will be no questions given prior to the debate as all questions will be asked by the moderator during the debate.

A moderator would be someone assigned by the SG Pacific Secretariat Communities who has no affiliation with political leaders nor even met them during his/her lifetime.

Let’s get ready to rumble.

AS part of the Government’s commitment towards gender equality, it announced in the 2021-2022 National Budget an allocated $1.5 million dollars for sanitary pads for all female students from Year 7 to Year 13 or 55,000 girls.

So far there is silence on the matter.

No-one I’ve consulted with on the subject knows anything about it.

I feel if the Government did honour their commitment then it would be shouted out from the tallest building (and what a monstrosity that is).

I just hope those allocated funds haven’t gone into the un-spent pot.

This is a tabu topic at the best of times, but for it to be silenced further is disappointing, to say the least.

I BELIEVE the more the Police Commissioner and his good officers try to eradicate the natural given plant the more it will grow and flourish.

Do you and your officers have something better in mind how to eradicate the growth of the THC cannabis?

Destroying cannabis using chemicals through aerial spray or hand spray can cause significant destruction to nearby natural habitats.

Please keep that in mind.

There can be other means and ways to utilise the plants such as the production of industrial hemp and perhaps approaches to counter and defuse the growth of tetrahydrocannabinol cannabis plant if the government agrees to alternative financial making measures.

War on cannabis is not only fought by the Fiji Police Force, but religion organisations, villages, provinces, education department and non-government organisations that have also participated in workshops, training, public speaking, sermons, etc to speak out about the dangers of cannabis.

Anyway there is a free flow of white substance available round-the-clock in Viti.

Perhaps the Fiji Police Force should focus more and strangle the flow of the more dangerous white substances coming into Viti.

AT the triangle in Narewa Nadi, closest to Ratu Navula College, this manhole cover (pictured) is missing.

Your caring kai-Nadi witnessed this the other day.

CAN we stop the deadly variant from entering the country.

AS it was revealed a friend sent a photo of him and the envoy with the additional financial budget support.

I can imagine a leadership without a resourceful shoulder.

WHILE it’s great to see everyone doing their own 16 Days of Activism on EVAWG campaign, we should always go back in history for its real meaning especially those that started it and not some cake cutting ceremony with powerful declarations that you working towards EVAWG & GBV or using children for publicity purposes.

It doesn’t work that way.

There is no harm in seeking the help of Ms Shamima Ali and her FWCC team to advise the correct way of raising awareness.

She is one of the founding members of the Pacific Women’s Network Against Violence Against Women.

If we need to see changes and tangible results, then we need to sing to the same tune across the board.

It makes me wonder about ways the next generation in Fiji can be educated about what real democratic principles look like, how to engage in these, raise awareness and expectations around getting a fair go in a democratic state.

This could be modelled throughout our school system with active participation in mini elections within classes by students.

Student candidates would need to form policies related to class or school needs, deliver clear platforms on any issues at schools, offer alternatives if possible, then run a mock election within their class or school.

Students at all levels get the opportunity to participate in and see how democracy works, experience that voting and representation of our views can make a difference, and whether policies get put into practise – or fail too.

It models to a new generation of students what democracy is, what it aims to do, and how we can expect transparency, equality and justice for our issues.

If it doesn’t — then what to do about it for change next time.

I think teachers can find ways in this coming election year to include students in democratic principles at both primary and secondary schools to learn practically about democracy: what it is and isn’t, and build expectations about the importance of it.

This creates a practical safe way to build a generation of voters with an expectation of real democratic processes as Mr Kamea speaks of.

Voters then, who will get better in the future.

CONGRATULATIONS to President Ratu Wiliame Katonivere for not only being the youngest appointed President, but also for dishing out the wisest words of unity.

Whichever political party gets elected should adhere to this message.

Once in power the entire nation should be seen as whole.

Those days of divide and rule of the colonial era are gone and the leaders of this era should not try to revive it or thrive on it.

In today’s generation to succeed as a nation all should be seen as equal and not differentiated by race, creed or colour.

The message to our leaders is loud and clear — “united we stand divided we fall” — and this applies to the nation as a whole so make it applicable.

HAS anyone cared or dared to find out the meaning of discipline and if its application is confined to certain areas?