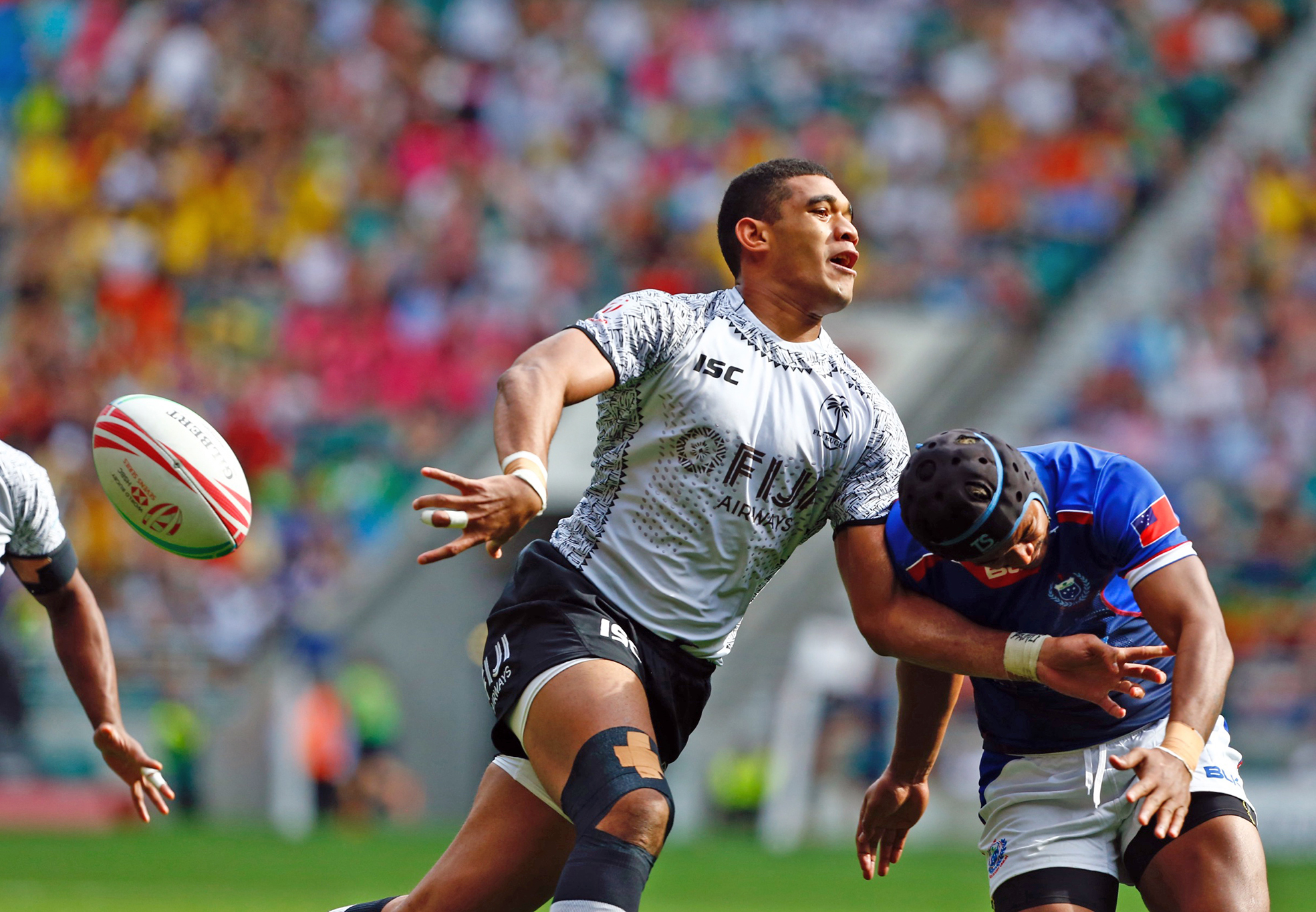 CONGRATULATIONS to the Fiji Airways Fiji 7s team for qualifying for next year’s Olympic Games alongside NZ, the USA Eagles and Japan (host nation)!

The focus now shifts to winning the 2018/19 overall WRSS title.

Our boys qualified from the pool unbeaten and faced Ireland last night and barring any upset would have faced the Eagles in the semis.

Fiji strut out the physical approach and showed their class with some outstanding hits.

The Blitzbokke also looked impressive as they chase a spot to Japan 2020!

FINALLY, action has been taken against some juice sellers at the Lautoka Municipal Market who had been selling drugs and cigarette rolls to students.

This only came to light during the Improving Safety in Markets Western Stakeholders Divisional meeting in Nadi.

For the past several years, I believe many complaints had been lodged to the police, through radio programs, and letters submitted to the open column of this newspaper regarding the subject.

I believe criminal activities of this nature could have been avoided way back, only if law enforcers had taken heed of complaints.

I hope further surveys for areas such as Marine Drive are carried out where utmost protection from police officers could curb criminal activities.

WITHOUT doubt, Simon Hazelman has absolutely misread and misinterpreted my initial letter (FT 18/05).

A simple four sentence letter, that is.

In regards to Simon’s letter (FT 26/05), his dumbfounded assumption of me implying that our A-G is ‘OK’ with marijuana is beyond apprehension.

No, I wasn’t joking if you had assumed me implying that the A-G sees “marijuana differently”.

As per his statement in FT 15/05 page two, A-G stated, “Marijuana is not necessarily a key issue, but we need to focus more on synthetic drugs …”.

Therein lies the fact that the A-G “sees marijuana differently”.

He definitely views marijuana as a lesser potent drug than synthetic drugs or in layman’s terms ranks the former “lower” than the later but certainly does not mean that marijuana is OK.

Your assumption certainly got you confused.

PERSONALLY, I was deeply disappointed with the general performance of our Swire Shipping Fijian Latui.

Our very own captain Mosese Voka’s time on the naughty boy’s chair was a humiliation for me.

Furthermore, replacement Apisalome Vota’s sin bin only added salt to our wounds from our match against Kagifa Samoa.

Our indiscipline is shameful.

During our time we worked very long hours at times.

The wages were paid on an hourly rate with no overtime or meals provided.

At times we worked as long as 20 hours without break.

During natural disasters, we even worked up to two days straight.

I’m retired now but I do support the call for a better pay for all our security workers countrywide.

These people make life safer for other people.

WHILE I believe it was left too fairly late for the implementation of the student code of conduct to address behavioural issues in and out of schools, the Ministry of Education should start initiating plans on how to inject quality into the quantity produced by the current education system.

A couple of years ago on a particular parents day, a parent remarked that “it seems like many students are going to school nowadays just to meet their friends”.

Selections and cut-offs are natural processes.

It’s high time the emphasis shifts from quantity to quality.

FEW things can be more discouraging than to see the result of extensive littering everywhere.

To see the consequences of it in our beautiful, natural environment can be downright annoying.

To see trash scattered along our picturesque beaches and highways is heartbreaking.

There is just no justification for it!

People who litter obviously lack knowledge on the dangers that it has on our environment.

Such people are not only unwilling to make the effort to do what’s right but they are pretty arrogant in thinking that someone else will pick up their litter for them!

I wonder where the disconnection is with litterbugs who are unable to simply put trash in a bin where it belongs so that it may be carefully disposed of?

While people who deal with their litter wisely are intelligent, strong and courageous leaders, I believe litterbugs are basically idiots of the worst kind!

The Force, being a professional and well-structured outfit, played like a unit while individual decisions hurt the Latui.

The match was tough but we could have won it had we maintained our structure and discipline and held on to possession.

Finally, hats off to the Stallions for the bonus point win against Namosi away from home.

HAS the problem been identified, if not, when can stakeholders be brought together to assist in doing that.

If it has, what are we doing about it.

A FRUSTRATED taxi owner told me that the new number plates are nice.

The West has blue plates, the Eastern Division has green and North has orange.

Then he said, “Each time an illegal vehicle carrying passengers is caught, the number plate should be changed to black.

Well, they are thriving on black money.”

Now won’t that be a hoot.

I DEEM the numerical values of electricity tariffs in Fiji would have been different and lower if Energy Fiji Ltd had competition.

FIJI is already graced with a Girmit Centre in the Sugar City, Lautoka.

I believe it would make much economic sense to extend this facility to Fiji’s first-ever Girmit museum closest to the country’s largest fully operational sugar mill.

SOCCER guru Kamal Swamy has joined the White’s camp after a wonderful stint with Lautoka.

Wonder what transpired between him and the Lautoka Football Association executives that made him leave.

WE learn from The Fiji Times article “Arms sales” (26/5) that US President Donald Trump has again invoked a fictitious “national emergency” to proceed with the “sale of over $8 billion worth of weapons to Saudi Arabia, the United Arab Emirates and Jordan”.

The president’s action has “infuriated lawmakers by circumventing a long-standing precedent of congressional review of major weapons sales”.

So America has a leader who does not respect its own established system of democratic governance.

How is such a leader going to “make America great again”?

I WENT to have a basin of kava with a friend who lives at Ganges Rd in Lautoka.

I was bewildered because I had entered Ganges Rd and after the kava session, I exited the same road on the other side and it was Ganges St.

I need to water my kava.